A lot of people more closely examine their habits and lifestyle choices after having kids, and many celebrities point to their own growing families as the catalyst for changes in their lives. Kourtney Kardashian is among the parents who have made some changes because of their children. For Kardashian, those new habits include a focus on religion and positivity as part of her daily parenting routine.

Luckily for Kardashian, she has a brother-in-law who is well-known for his newfound religious focus, and she has turned to Kanye West’s work as a source of parenting inspiration. 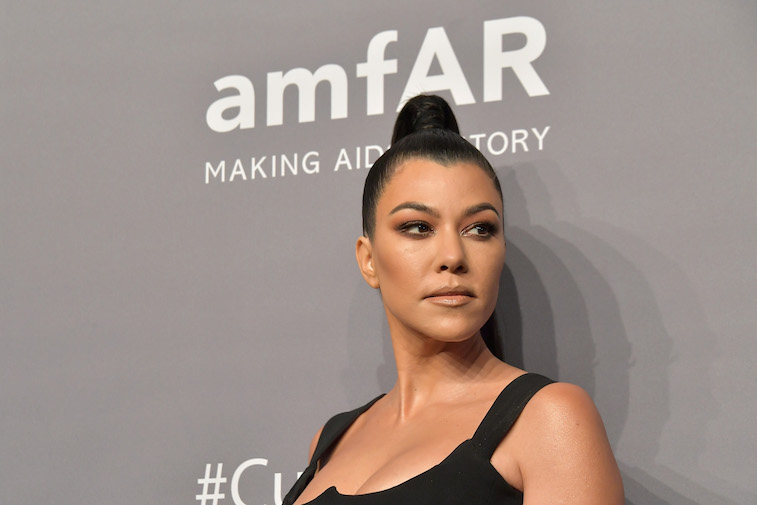 Kourtney Kardashian is the oldest of the Kardashian-Jenner sisters, and she has three children with her ex Scott Disick. Disick and Kardashian’s relationship was a central focus of Keeping Up with the Kardashians when the show first aired in 2007. Fans got to watch their many ups and downs as well as their journey into parenthood.

Their first child, a son named Mason, was born in 2010. Two years later, his sister Penelope was born, and two years after that, baby brother Reign joined the family. Just a year later, Kardashian and Disick’s troubled relationship would finally take a permanent split. The pair have worked hard to co-parent and have remained in the spotlight over the years.

In an interview about her healthy habits, Kardashian opened up about what changes she’s been making to her lifestyle. While she focused on typical healthy habits like eating well and working out, she also discussed the ways that she makes sure her kids are surrounded by positivity. On top of that, she sees religion as an important element to positive parenting.

“I want them to feel like they can always talk to me. I try not to make them feel bad if they tell me something honest. Teaching them about God is also important to me,” Kardashian explains.

Part of establishing that positivity is through music. “Every morning on the way to school we listen to a positive playlist,” says Kardashian. “Lately it’s been Kanye’s Sunday Service album.”

Kardashian is referencing one of Kanye West’s latest albums. He released Jesus is King in October of 2019. The follow-up album, Jesus is Born, was released on Christmas Day 2019. Both albums feature West performing with the Sunday Service Gospel Choir, an offshoot of the rapper’s extremely popular Sunday Service pop culture phenomenon.

West has faced criticism for the foray into high-profile Christianity, with some suspecting that the larger-than-life personality is simply seeking out a way to stay relevant and using the religion as a platform. Many people, however, are fans of both the approach and the music itself.

A review in The Guardian admits that it likely won’t convert any new followers: “it’s hard to imagine non-believers listening and catching the holy spirit.” However, there are plenty already-converted listeners who are happy to tune into the message “that God is perfect and Christianity is the answer.”

Apparently, West’s fans include those closest to him, and Kourtney Kardashian is happy to use her brother-in-law’s latest musical experiment as a way to bring some religious positivity into her own life.

Listening to the albums is part of a morning ritual that helps her feel connected to her kids and share a Christian message of love and hope. The positivity that draws her to the album is likely what keeps other believers tuning in for West’s latest musical endeavors as well. We’ll have to stay tuned to see if the rapper sticks with this approach or branches out yet again.