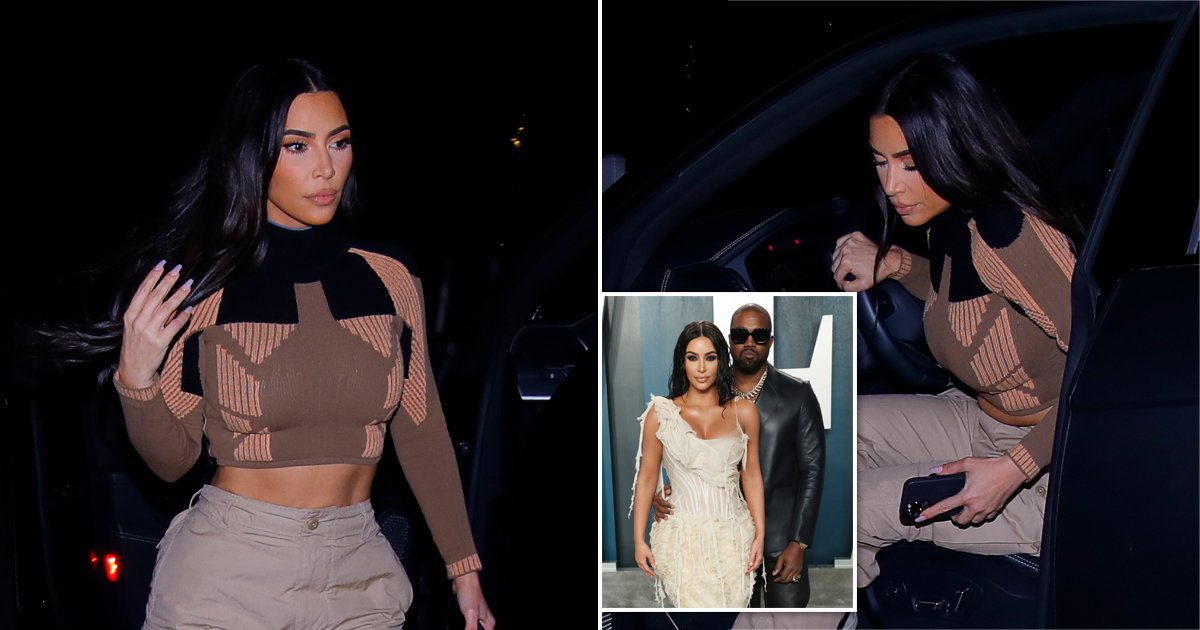 Kim Kardashian has been spotted out in LA amid the news that she filed for divorce from Kanye West.

The couple have called time on their relationship after six years of marriage, but are thought to be completely ‘amicable’ amid the split.

In the days leading up to the divorce papers being filed, Kim was seen heading out in Los Angeles, to take a short meeting in an office building on Monday.

She looked stunning as she donned a crop top and loose-fitting trousers, with white boots.

An insider has told TMZ that the Keeping Up With The Kardashians star has filed documents, but proceedings are ‘amicable’ between the pair.

The publication states Kim is asking for joint legal and physical custody of their brood, with a source explaining that the Golddigger rapper is ‘fine’ with this arrangement.

They are also said to be ‘committed’ to co-parenting their children together.

Kim’s lawyer, Laura Wasser, is thought to have filed the papers, which are said to state that neither party is contesting their existing pre-nup – and they are already ‘far along’ in reaching a property settlement agreement.

A rep for the businesswoman confirmed their divorce to ABCNews.

Kim and Kanye, 43, tied the knot in 2014, and share their children North, Saint, Chicago and Psalm.

It has been widely speculated that they called time on their relationship at the beginning of the year – with the 40-year-old being seen without her wedding ring.

The pair have faced intense scrutiny over the past year, after Kanye opened up about their relationship, disclosing that they considered aborting their daughter North, now seven, to a crowd at a rally.

He also claimed on Twitter that he has been trying to divorce Kim for ‘years’ and hit out at her mother, Kris Jenner.

A source recently told E! News: ‘It’s got to the point where they haven’t spent time together as a married couple in months.

‘They’ve seen each other for the sake of the kids but have been living separately. Kim knows the marriage is over. She’s known for a while.’