Kiernan Shipka started her career quite young, and she’s made tons of celebrity friends along the way. One of her closest buddies is Academy Award-nominee Timothée Chalamet. And Shipka recently revealed that she would often ask Chalamet to be her wingman on first dates. 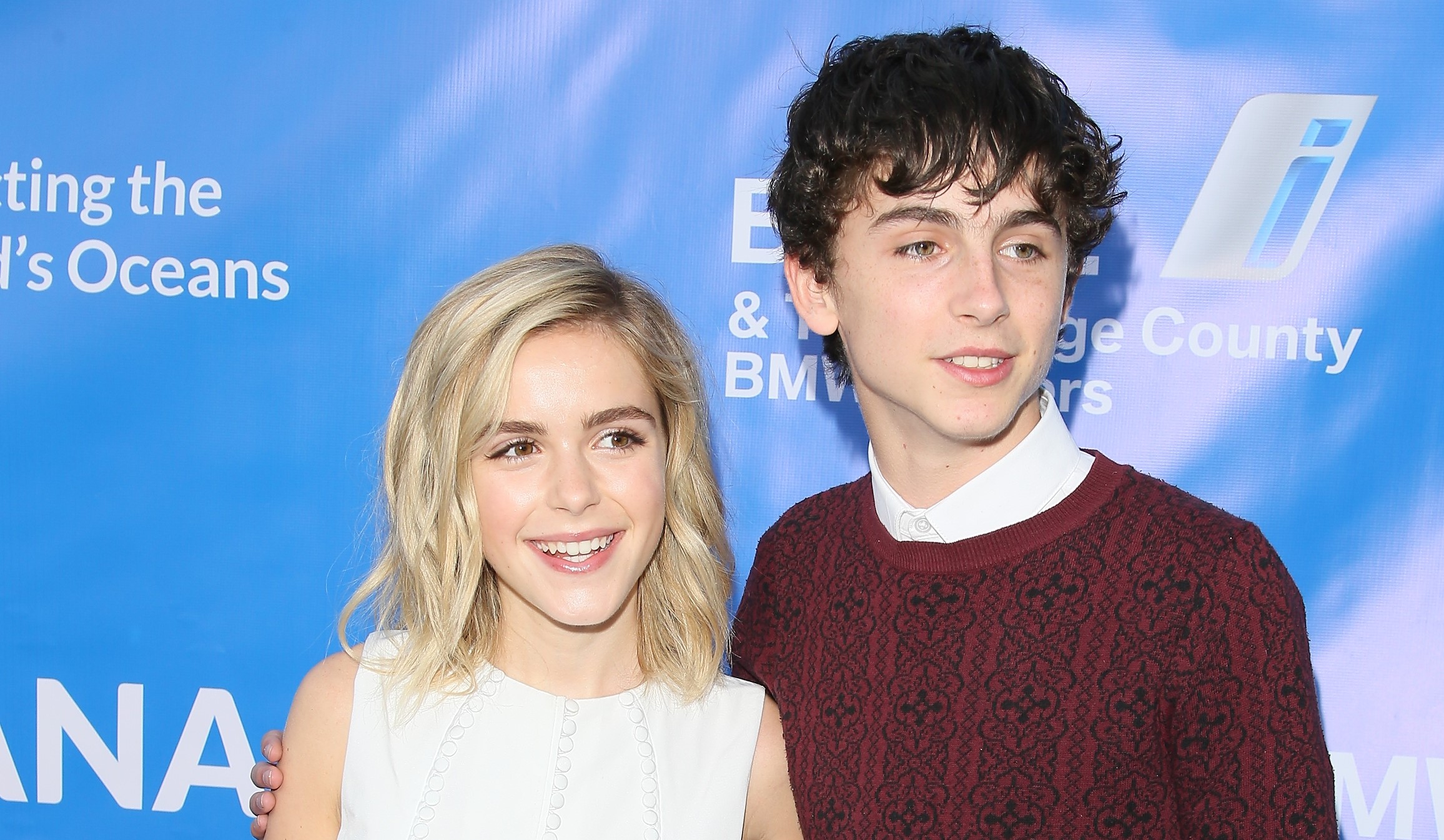 Kiernan Shipka and Timothée Chalamet met on the movie ‘One & Two’

Shipka is most known for her roles in Mad Men and Chilling Adventures of Sabrina. And Chalamet has been recognized for his work on Lady Bird and Call Me By Your Name.

But back in 2015, the actors played siblings in an indie thriller called One & Two. And in an interview for the film, the two joked about feeling like real siblings.

“I don’t have any siblings. I’m an only child, but I am close to my family, and so it’s kind of just about that familial bond, really being strengthened and close with someone. I can relate to that, just not necessarily having a brother,” Shipka told Flicks and the City in 2015. “I like being an only child, but I think it would be fun having siblings.”

“Now you have one!” Chalamet responded, to which Shipka replied, “Yeah, now I have one. I have a fake one, so it’s all good. I’m lucky. I’m working alongside a really good actor.”

Since working on One & Two, Chalamet has gone on to earn an Academy Award nomination for Call Me By Your Name and a Golden Globe nod for Beautiful Boy. When looking at his flourishing career, Shipka says she feels quite proud because Chalamet is practically family.

“It’s like watching your brother do amazing things,” Shipka told Refinery 29.  “My mom drove him to his final audition for Beautiful Boy. He’s such a part of the Shipka clan. He should hyphenate his last name, actually.”

She used to take him with her on first dates

Chalamet and Shipka grew close after working on One & Two. So much so that Chalamet lived with Shipka and her family for some time.

When talking about her dating life with InStyle’s Ladies First with Laura Brown podcast, Shipka revealed that she told guys she wasn’t interested in that she couldn’t date until she was 16. But when she surpassed that age, that excuse no longer worked. So Shipka would ask her friend and roommate, Chalamet, to accompany her on awkward first dates.

“Timothée Chalamet was living with us for a while,” Shipka said. “So oftentimes, I would bring him, which was probably not the most polite person to bring on what someone thinks is going to be a date.”

“If they want to get dinner or something, I’m like, ‘Sure, yeah, sounds great,’” she added. “And then I text them like an hour before and say, ‘Hey, my friend’s with me, I think they’re gonna join.’”