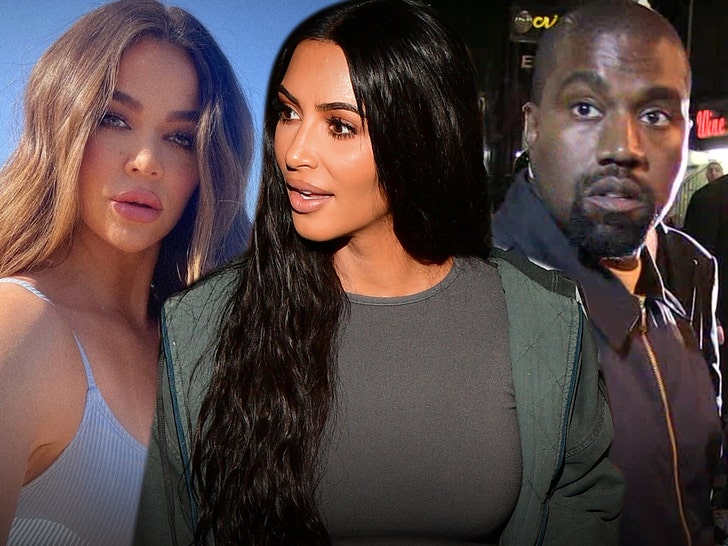 Try as she might, Khloe Kardashian just can’t help but clap back at people on the Internet who spout off … especially when it’s about her family.

Khloe responded to a fan who criticized her birthday tribute to Kanye West Tuesday — she’d posted a pic of Kim and Kanye along with Tristan Thompson and herself, and captioned it … “Happy birthday to my brother for life!!!”

This didn’t sit well with one Instagram user, who called the tribute “too petty for me” and suggested that Khloe broke a sister bond. The commenter — directing her message to Kim — also wrote … “Your divorce was so hard on you even the picture is just uncalled for.”

Khloe didn’t let it slide … she called out the fan for talking smack when she knows nothing about the subject. 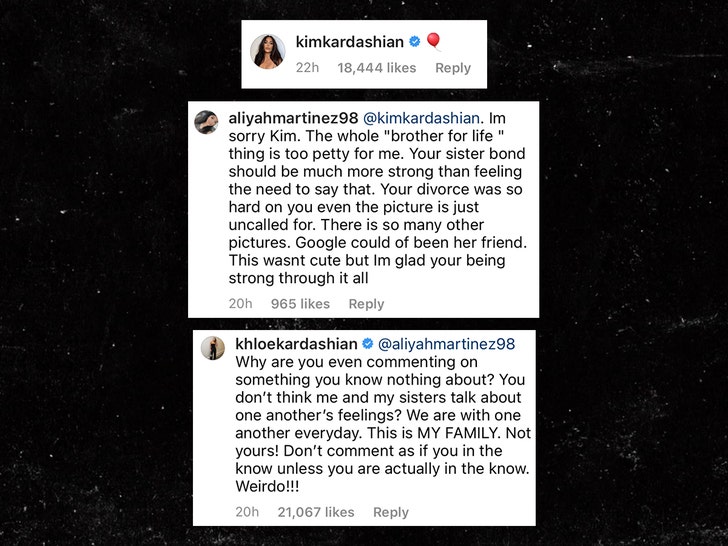 She said … “You don’t think me and my sisters talk about one another’s feelings? We are with one another everyday. This is MY FAMILY. Not yours! Don’t comment as if you in the know unless you are actually in the know. Weirdo!!!”

For her part, Kim didn’t seem too bothered by it all. She replied to Khloe’s bday tribute to Kanye with a red balloon emoji … then posted her own tribute to her estranged husband later in the day.