The Vice President-Elect may be totally in love with her husband, but Doug Emhoff wasn’t the only man she’s ever romanced. Apparently, Kamala Harris and Montel Williams previously dated for a bit back in 2001, and the internet is positively shook. Williams is best known for his long-running daytime talk show, The Montel Williams Show, which was on air from 1991 to 2008, and he’s currently married to his third wife, Tara Fowler. However, nearly two decades ago, he briefly romanced Harris.

In July 2019, the Daily Mail first brought the former relationship to light, publishing pics from when Williams took Harris (who was working for the San Francisco City Attorney’s Office at the time) as his date to the 8th Annual Race to Erase MS in Los Angeles. Not long after the story published, Williams took to Twitter to confirm the dating rumors. "@KamalaHarris and I briefly dated about 20 years ago when we were both single. So what?" he wrote. "I have great respect for Sen. Harris. I have to wonder if the same stories about her dating history would have been written if she were a male candidate?" He makes a good point, but — considering I’m just as curious about Joe Biden’s relationship with Jill Biden — I’d say male politicians aren’t exempt from these kinds of human interest stories.

And even though Williams confirmed the random early-2000s romance, the internet apparently forgot, because people are once again shocked these two were ever an item. Here are the two at the multiple sclerosis fundraiser with Williams’ daughter, Ashley: 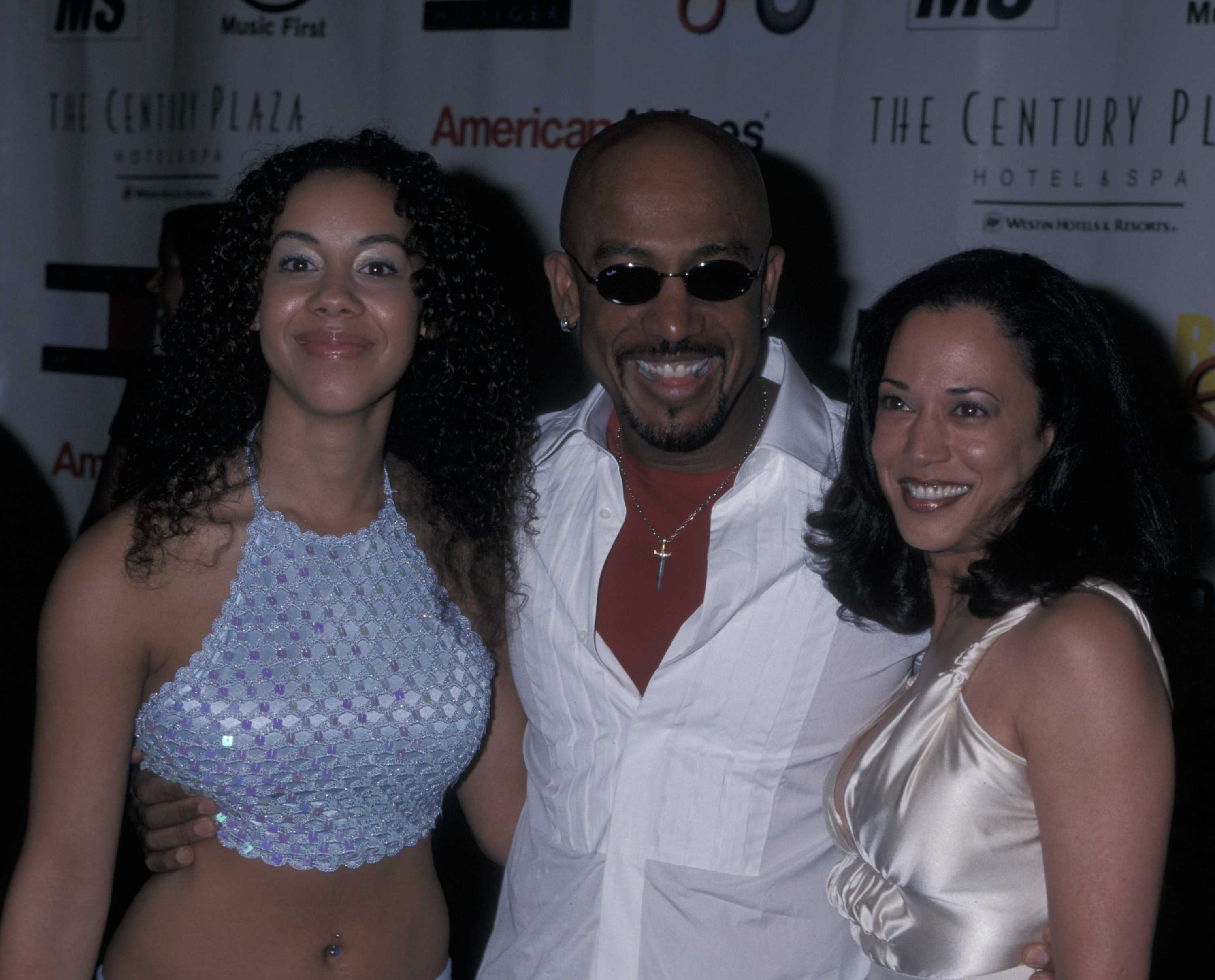 And here’s what Twitter users have to say about the brief romance:

Harris has never spoken about the relationship, but based on Williams’ tweet, it doesn’t seem as though there’s any bad blood between the two. It’s also unclear how the two met, though I have a feeling the story can’t compare to the story of how Harris met Emhoff in 2013.

Emhoff was set up on a blind date with Harris, which was arranged by one of Emhoff’s clients, filmmaker Reginald Hudlin, and his wife, PR consultant Chrisette Hudlin, who’s a close friend of Harris. During an August 2020 interview with NBC News, Emhoff said — as soon as Chrisette Hudlin mentioned Harris’ name and suggested setting them up — he remembered Harris was the attorney general of California and responded, "Oh my god, she’s hot." Hudlin then gave him Harris’ number, and the rest is history.

Of course, as much as I love Emhoff and Harris together, there’s no denying this random tidbit from Harris’ past love life is pretty LOL-worthy.