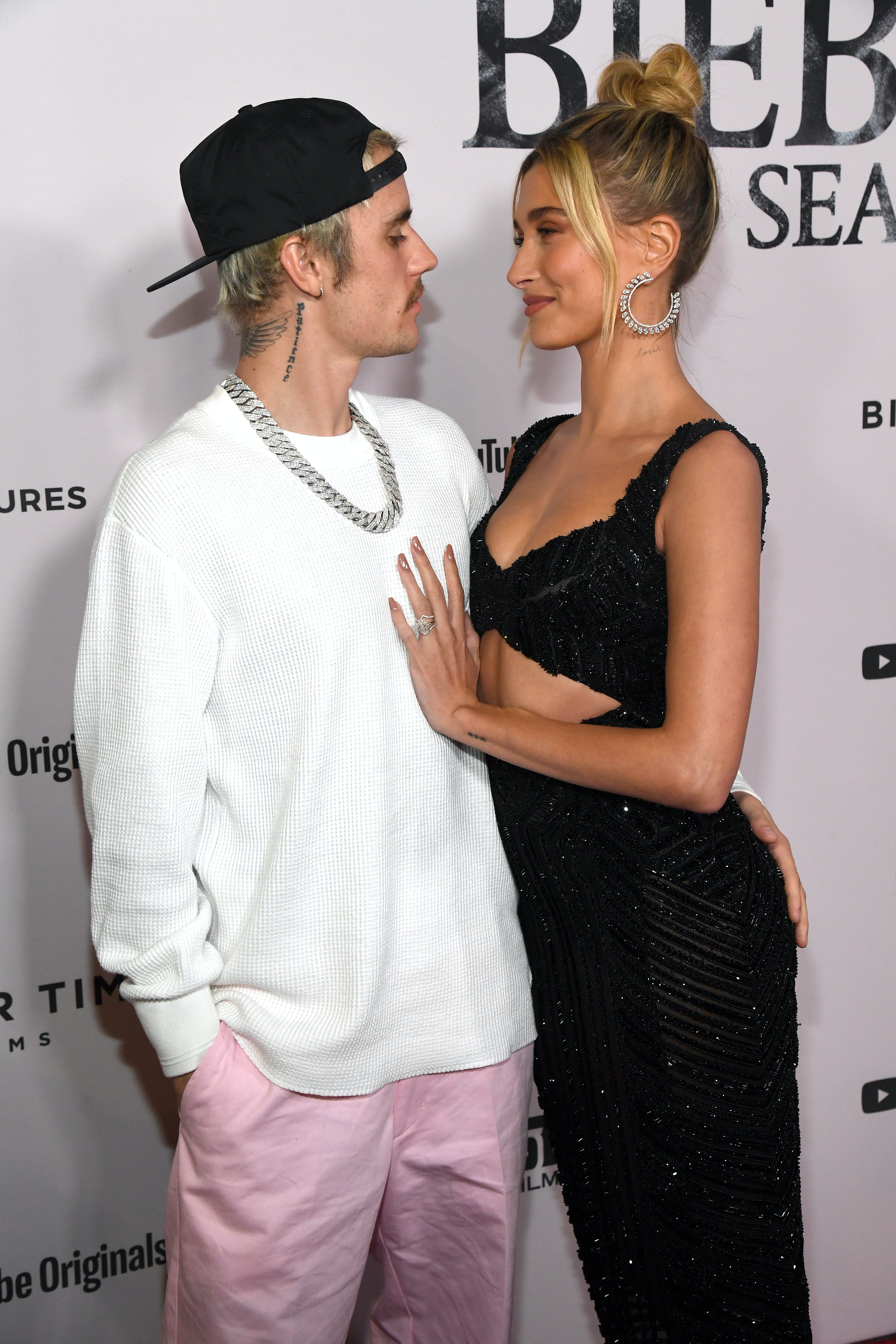 The Biebers aren’t shy when it comes to flaunting their love, but apparently, adjusting to life as Mr. and Mrs. wasn’t all smooth sailing. During an interview with GQ, which published on April 13, Hailey Baldwin’s other half got candid about their highly-publicized romance, and Justin Bieber’s quote about his first year of marriage is pretty unexpected. "The first year of marriage was really tough because there… was just lack of trust," he explained. "There was all these things that you don’t want to admit to the person that you’re with, because it’s scary."

According to Bieber, he spent much of his first year as a husband "on eggshells," because he was afraid of "scaring off" Baldwin with his past traumas and personal demons. Luckily, it eventually became clear that Baldwin was someone Bieber could trust. As Bieber explained, he didn’t have stability before getting together with Baldwin, and she changed that for him. "My home life was unstable. Like, my home life was not existing," he said. "I didn’t have a significant other. I didn’t have someone to love. I didn’t have someone to pour into. But now I have that." He just needs somebody to love, y’all.

Though fans were surprised by the couple’s New York City courthouse wedding in September 2018, Bieber told GQ that he always felt marriage was his "calling," and it seems his wife felt the same way. During her April 2021 cover story with Elle, Baldwin opened up about being a young bride and why the decision made sense for her. "…we always knew that we were aligned on what we wanted in our future," she said of Bieber. "We had talked about wanting to be married young and having a family young and building a life. Even before we knew we wanted to be with each other."

But like her husband, Baldwin has admitted their marriage isn’t as picture-perfect as it sometimes seen. "The thing is, marriage is very hard," Baldwin told Vogue during a February 2019 interview. "That is the sentence you should lead with. It’s really effing hard." And while Baldwin said marriage is "always going to be hard," she noted that her marriage with Bieber is worth the work. "…there’s something beautiful about it anyway — about wanting to fight for something, commit to building with someone," she added.

Thanks for always keeping it real, you two.