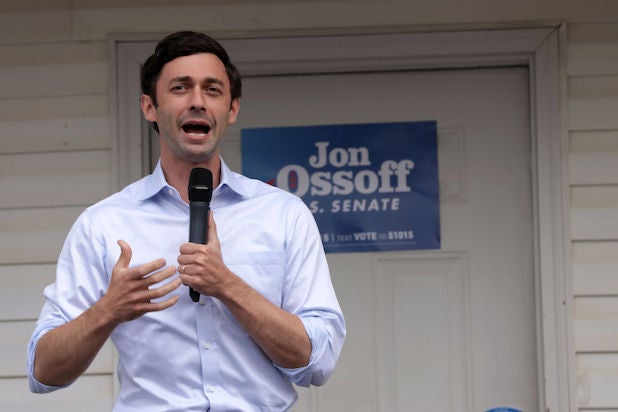 With fellow Democrat Raphael Warnock beating Republican incumbent Kelly Loeffler in a second runoff race, Democrats will now take control of the U.S. Senate as well as the House of Representatives and the White House with Joe Biden’s inauguration later this month.

Since November, Trump has claimed that Biden’s win was the result of widespread voter fraud but he and his allies have produced to evidence to substantiate those claims. Prior to the onslaught of rioters, numerous Republican lawmakers were objecting to the certification of the results in key battleground states.

Because both Ossoff and Warnock won their races, the Democrats have secured control the Senate with 50 members, thanks to outgoing senator Kamala Harris, who will cast tie-breaking votes after she is sworn in as vice president on Jan. 20.

Candidates must receive at least 50% of the vote to win the race, according to Georgia state law. As of NBC News’ call for Ossoff, he had 50.3% of the vote, with 98% of precincts in the state reporting.