In the age of mega-budgeted superhero epics like Avengers: Endgame, no one else would have thought to make a $55 million Joker film. Yet, director Todd Phillips’ R-rated origin story about the iconic DC Comics villain became an Oscar-winning sensation. However, stars Joaquin Phoenix and Robert De Niro still clashed during the intense production of Joker. 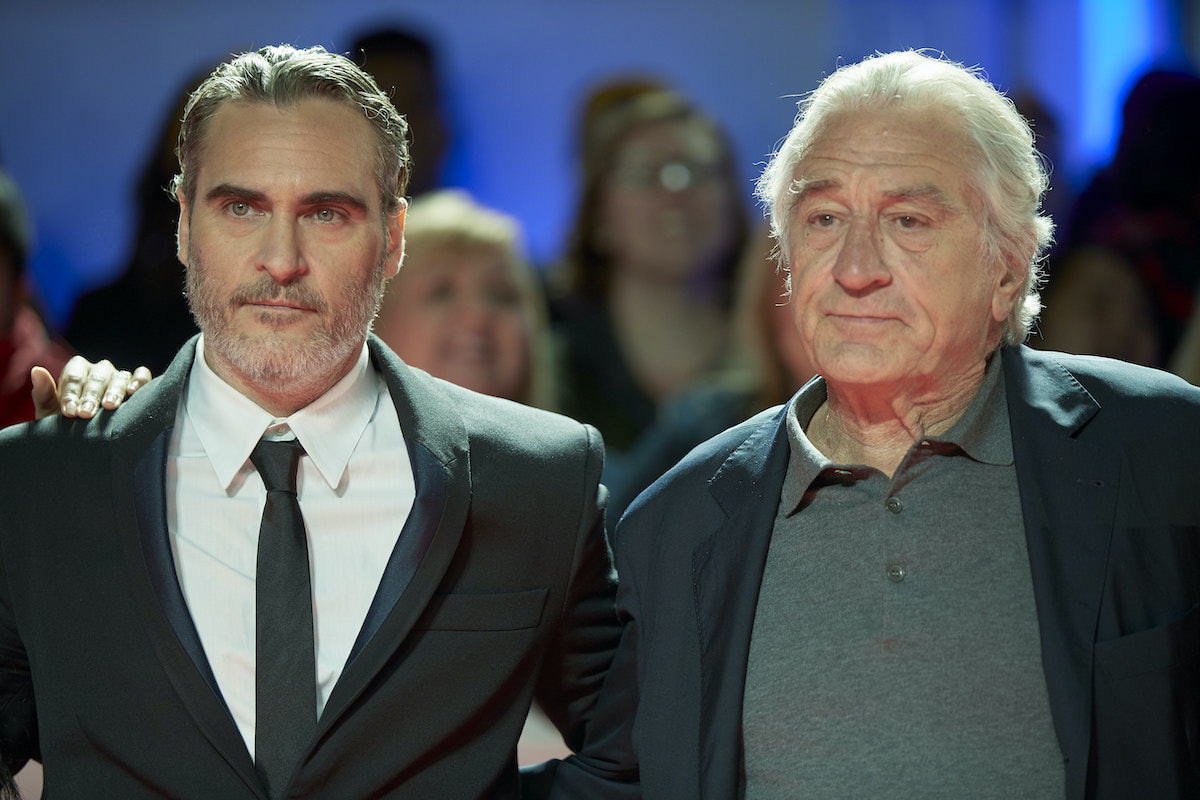 R-rated comic book movies like Blade and Deadpool proved there is a market for more adult projects. But before Joker, no one had ever tried telling a supervillain origin story in such a way. That’s probably why so many in Hollywood underestimated the money-making potential of Phillips’ movie. Against all odds, Joker earned more than $1 billion worldwide.

And for Phoenix, the mainstream success finally earned him his first Academy Award. For nearly 20 years, the actor had been earning critical raves — and awards nominations — for films such as Walk the Line, Her, and The Master. But it took the Clown Prince of Crime for him to get the Oscar gold so many fans and critics felt he deserved for earlier performances.

When Phoenix signed on for Joker, it seemed like a miracle. The actor is famously strict with how he approaches his process. And according to a 2019 cover story in Vanity Fair, Phoenix’s looser performance style directly opposed De Niro’s preferred way of starting a new project.

Phoenix takes a naturalistic approach to acting, preferring performers to “feel whatever it is that [they’re] feeling.” This clashed with De Niro’s insistence that the cast do a read-through before filming began. Phillips told Vanity Fair how Phoenix initially “felt sick” after starting the read-through. And it took his favorite actor, De Niro, to persuade him to participate.

Yet, even after these issues were resolved, Phoenix and De Niro barely spoke on the Joker set. For both actors, this felt like a natural extension of the disconnectedness between their characters. And perhaps their on-set dynamic contributed to the tension during Joker’s climactic scene.

Will Joaquin Phoenix reunite with director Todd Phillips for ‘Joker 2’?

Following Joker’s unprecedented box office success, it didn’t take long for fans to ponder a sequel. After all, Phillips and Phoenix barely scratch the surface of the character’s journey. And surely Warner Bros. would be itching to invest in a follow-up now there’s a built-in audience. However, the road to Joker 2 might be longer than fans of the first film expect.

Phoenix has long been averse to taking on blockbuster films, in part due to his disinterest in sequels. And since his Oscar-winning performance propelled Joker along, there’s no sense in a sequel without him. Phillips and Phoenix admitted they’ve briefly discussed where the story might go next. But don’t expect a green light until both men are officially on board.