Joanne Rogers, the widow of Fred Rodgers, also known as TV’s Mr. Rogers, has died. She was 92.

A spokesperson for McFeely-Rogers Foundation, co-founded by Fred Rogers, confirmed to Fox News that she passed away at 12 p.m. on Thursday in her Pittsburgh home.

In a follow-up message, the company lauded Joanne as “a brilliant and accomplished musician, a wonderful advocate for the arts, and a dear friend to everyone in our organization.”

“We extend our heartfelt condolences to Joanne’s family and the thousands of people who had the privilege of knowing and loving her,” the production company said.

Born Sara Joanne Byrd, the musician was a classically trained pianist, according to a biography provided to Fox News.

She met Fred Rogers while attending Rollins College in Florida and married him in 1952. They remained married until his death in 2003 and shared two sons: James Rogers and John Rogers, according to Biography.com. 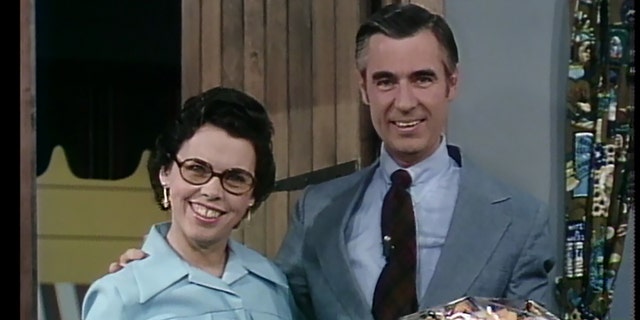 After her time at Rollins, Rogers received a Masters of Music at Florida State University and taught at Chatham College’s Preparatory School and Carlow College.

She was also “involved in Fred Rogers’ first show ‘The Children’s Corner’ on PBS/WQED,” according to her bio.

In addition, IMDb states that she appeared in a number of episodes of “Mister Rogers’ Neighborhood,” the 2018 documentary “Won’t You Be My Neighbor?” and she had a cameo in the Tom Hanks-starring flick “A Beautiful Day in the Neighborhood.”

The city of Pittsburgh, where “Mister Rogers’ Neighborhood” was produced, also released a statement of mourning.

“One of #Pittsburgh’s favorite neighbors. Joanne & Fred forever changed our city,” the city wrote on Twitter. “Thank you for your dedication to @FredRogersPro, @wqed, our children, & our community.”