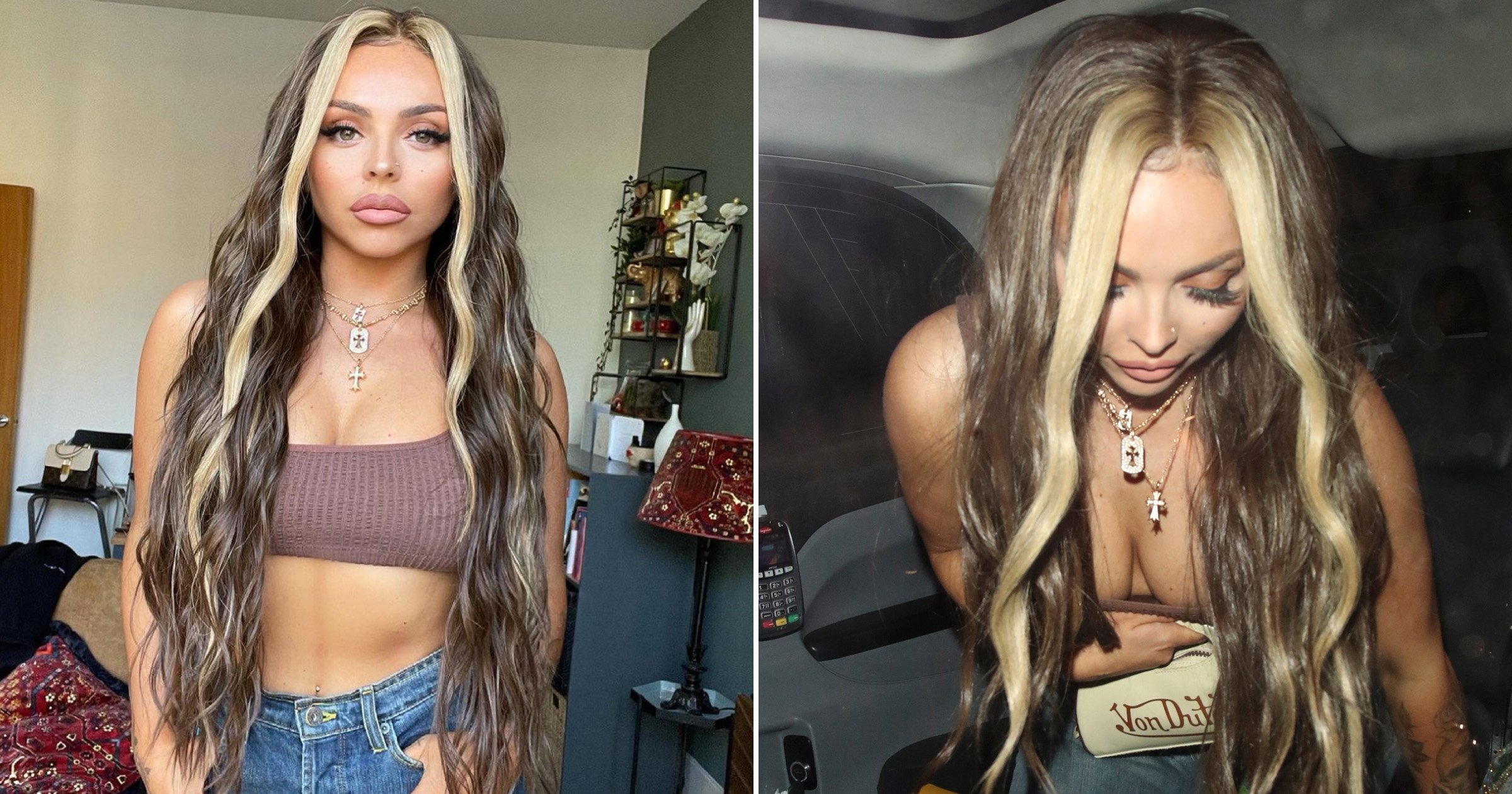 Jesy Nelson served serious mermaid vibes for the Bank Holiday weekend, as she showed off her new long brown hairdo, with a blonde face frame.

The former Little Mix star, 29, headed to Mnky Hse in London with a group of friends on Monday, rocking a brown bralet, high-waisted Von Dutch jeans with a matching Von Dutch handbag and heels.

The singer posed for photos before heading out, with her long hair styled in beachy waves which reached her waist in the snaps.

The group appeared to have had a great time at the restaurant and bar, as they seemed in good spirits when they hopped into a cab to head home.

It comes after the UK’s coronavirus restrictions were eased to allow people to sit indoors at pubs and restaurants and coincided with the sunny weekend.

The Bank Holiday long weekend gave us all some long-awaited sunshine, reflected in Jesy’s crop top outfit for the occasion.

Jesy last week revealed she had signed her first solo record deal with Polydor after leaving Little Mix at the end of last year.

She admitted it was hard being compared to the other girls in the band and has since been working on her solo music.

Jesy said at the time: ‘The truth is recently being in the band has really taken a toll on my mental health. I find the constant pressure of being in a girl group and living up to expectations very hard.

‘There comes a time in life when we need to reinvest in taking care of ourselves rather than focussing on making other people happy, and I feel like now is the time to begin that process.

‘So after much consideration and with a heavy heart, I’m announcing I’m leaving Little Mix.’

Announcing the news of her new record deal last week, Jesy wrote: ‘So excited to announce that I’ve signed my first ever solo record deal with @polydorrecords @universalmusicgroup.

‘This is such a pinch me moment. I cannot wait for you guys to hear what I’ve been working on.’