Jeremy Clarkson runs a 1,000-acre working farm in Oxfordshire. In his latest column, the Top Gear detailed a run-in with a group of Duke of Edinburgh students, who sought to use his land.

I had to retort in my special menacing tone

The 61-year-old described the “alarming” moment he saw them making themselves comfy in a field where he’d just planted an “extremely expensive” turtle dove mix.

The presenter stepped in to help, but not without sharing some choice words with the youngsters’ supervisor.

He started by saying he is a huge fan of the programme, founded in 1956 by Prince Philip.

Jeremy said it was important to educate those who live in built-up areas about where food comes from. 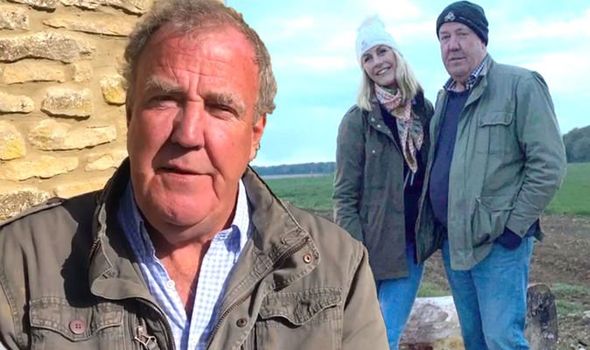 However, The Grand Tour host was unimpressed by how they were using his property during the incident earlier this month.

“I found a gang of them sitting in my garden,” he recalled.

“Some were attempting to light a stove, some were moaning about the mobile phone signal, and one was heading for my hedge with some bog roll.”

Jeremy asked if he could help, which he claimed was “farmer-speak for ‘get off my land'”.

He was informed they had been told by their teacher that they “should have their lunch in the garden of the biggest house they could find”.

The star immediately informed them they couldn’t use the area as a bathroom and offered up his farm’s toilet.

But Jeremy was told by “some kind of supervisor” that it was “emphatically not OK for me to take one of them to the lavatory”.

While the matter was difficult under social-distancing rules, he was informed by his tractor driver that the supervisor’s car was also blocking the track back to the house.

Jeremy revealed to The Sunday Times: “He summoned his ‘I know my rights’ adenoids to say that it was a public footpath, and I had to retort in my special menacing tone, explaining that you can’t drive on a footpath, or picnic on it, and that you sure as hell can’t defecate on it.”

During the call he received word of a second group and, after dropping the youngster in deserpate need of the loo where she needed to be, he went to look.

On spotting the other gang, he claimed “the scene was alarming”.

“It looked like some kind of juvenile scat movie was in full swing,” he quipped.

“They were pushing used lavatory paper into the watering pipes for my new trees.”

After asking where their teacher was, Jeremy added: “It turned out he was in the village… while it’s great that these kids are out in the fresh air, learning how to get around using nothing but abandoned teacher Peugeots as marker points, it doesn’t really help them understand the land if there’s no one around to tell them stuff.”

Jeremy has been filming his progress on his new venture for upcoming show, I Bought The Farm (working title).

It will be streamed on Amazon Prime, and is expected to be released in the coming months.