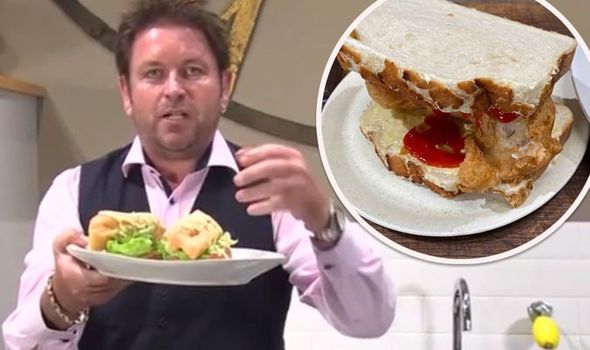 James Martin, 47, posted a picture online today of his latest culinary creation inspired by This Morning presenter Eamonn Holmes. The TV chef, who also fronts his own cookery show, shared the photo of his fish dish on Instagram with his 421,000 followers, after his appearance on the ITV lifestyle show today.

James’ social media post showed a picture of a tasty fish finger sandwich, which he made on today’s show, after Eamonn revealed his love of fish bites in an earlier episode.

The TV star captioned his post: “[The] Eamonn Holmes special.”

A second version of the snack alongside it, showed a piece of battered fish on a slice of bread with a green salad and dressing.

“Eaten both already to be honest,” he went on to reveal. 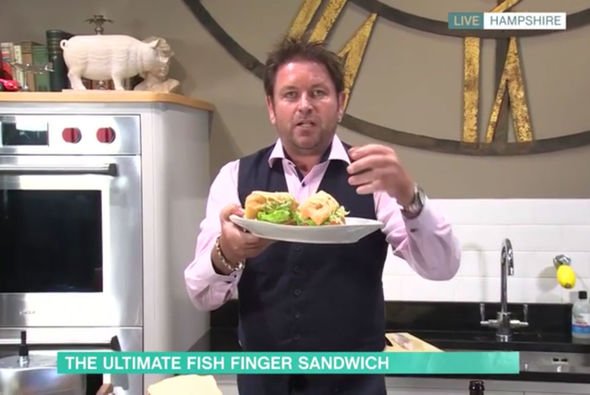 An earlier post from James showed the open sandwich, which he made at home in Hampshire, in more detail.

During his This Morning appearance, James told the show’s hosts Eamonn and his wife Ruth Langsford, that the more “refined” creation was named after Ruth. 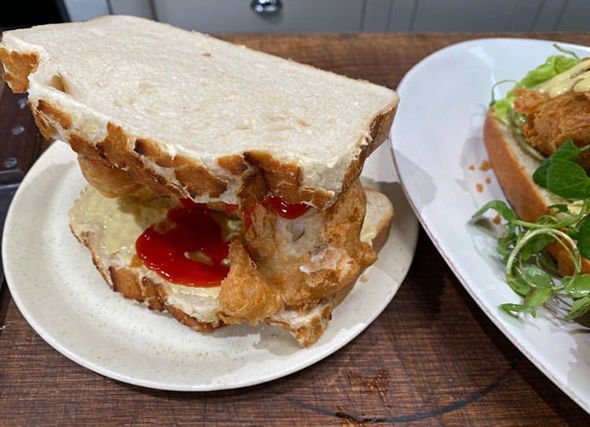 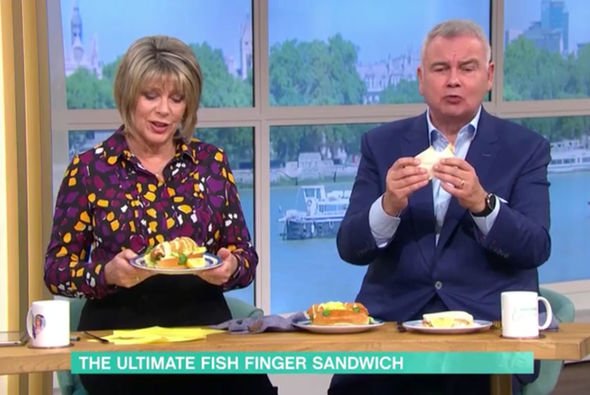 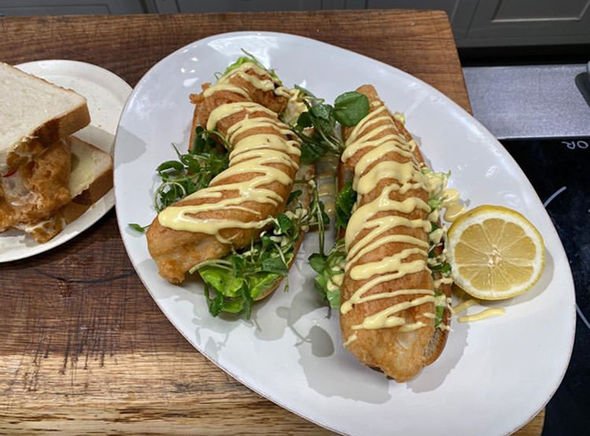 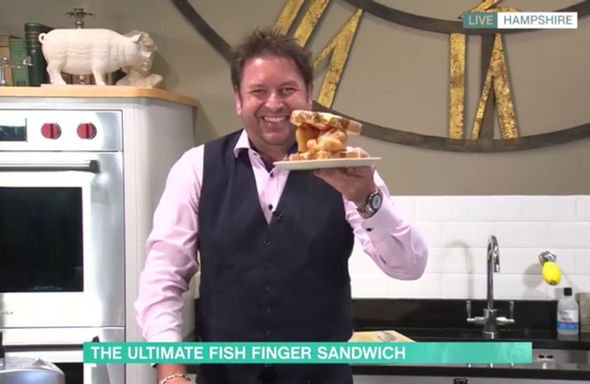 The first dish, which was simply a fish finger sandwich with tomato ketchup, was named after Eamonn.

Addressing Ruth on the show, James said: “This one is named after your husband. A bit chunky and a bit thick.”

Interjecting, Eamonn added: “And if we put it to the This Morning viewers they will prefer mine.”

Defending her husband, Ruth remarked: “There’s many things I say about my husband, but he’s not thick that’s for sure.”