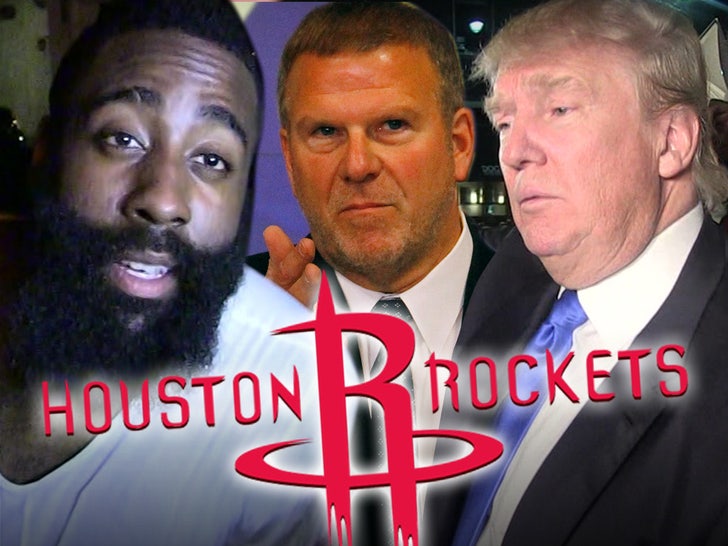 James Harden and many others in the Rockets’ org. all want OUT of Houston … and it’s all reportedly because the team’s owner is a big Donald Trump supporter.

NBA insider Ric Bucher dropped the bombshell revelation on “The Odd Couple” podcast this week … saying Tilman Fertitta‘s ties to the Republican party and Trump have created a massive divide in the org.

According to Bucher … players and staffers have disagreed so heavily with Tilman’s donations to the Trump campaign — it’s created a straight-up “revolt.”

“What I heard is,” Bucher said, “and we know how much politics and political position had to do with the boycott and protests during the Bubble — I’m hearing that Tilman Fertitta’s strong Republican support and donations is one of the things that is contributing to this dissatisfaction.”

Bucher added, “There is a revolt here because they look at Fertitta as a guy who supports the current President.”

Russell Westbrook has already reportedly requested a trade from the Rockets … and Harden is said to now want out as well.

Fertitta — who bought the Rockets in 2017 for $2.2 BILLION — has never been shy about his public support for Trump … he’s praised POTUS often, and the two are known to be good pals.

We’ve reached out to the Rockets for comment on Bucher’s report … so far, no word back yet.