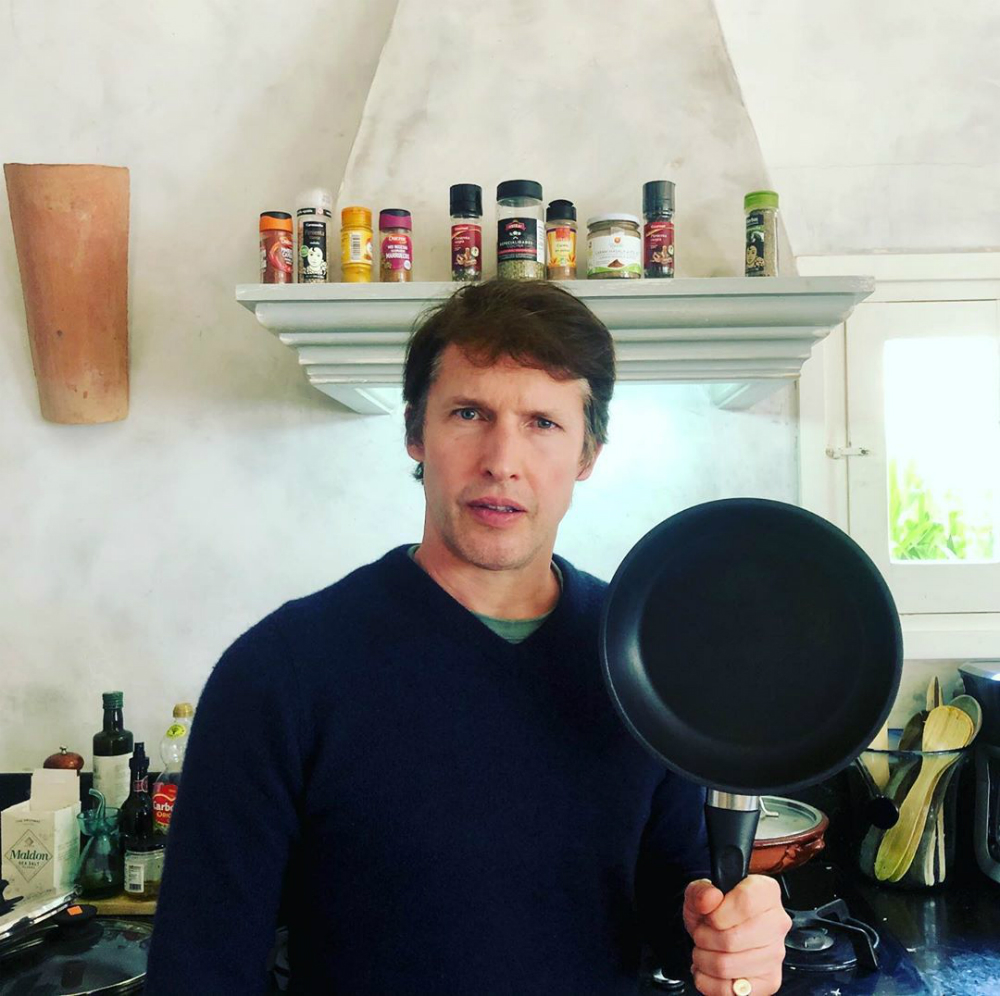 I have a complicated relationship with James Blunt. Okay, I have no relationship with James Blunt, but my feelings about him are conflicted. He is among a small group of singers that I think have an amazing voice, but I don’t care for their music. However, he has reinvented himself as the Comeback King on Twitter and I can’t help but thaw on him. So that is where James and I stand currently, thawed (I’m sure to his great relief). In keeping with my conflicting feelings on James, I have the same thoughts about this story. James recently told The Times about how he got scurvy in college. I know – I also thought this was going to be some fabulous story about how James led a secret life as a pirate but no, he was flexing his machismo and adopted a meat diet that ended up giving him scurvy. So it was crap behavior on his part, but he’s confessing and laughing at himself. Once again, I’m thawing on him.

Blunt claims that he ate almost nothing but meat and condiments for two months while studying aerospace manufacturing engineering and sociology at the University of Bristol in the mid-1990s.

The eccentric diet was part of an effort to assert his masculinity as some of his degree classes were dominated by women, he indicated.

“On the sociology side of things there were 170 girls and only three boys, of which all the girls were vegetarian or vegans,” he said.

“So out of principle I decided I’d become a carnivore and just lived on mince, some chicken, maybe with some mayonnaise.

“And it took me about six to eight weeks to get very unhealthy and see a doctor, who then said, ‘I think you’ve got the symptoms of scurvy.’ ”

[From The Times via Jezebel]

Scurvy, for those who don’t know, happens when the body is deprived of and becomes severely deficient in Vitamin C, something we ingest through fruits and vegetables. It was very common among the seafaring professions (like pirates!) because ships couldn’t carry large amounts fresh produce. Fun fact, to combat scurvy, British sailors added lemon juice to their sea rations, which is why our forefathers gave them the pejorative nickname “limey,” because we Americans don’t know how to tell our citrus apart, apparently. Anyway, I think even James would say this served him right. However, I can’t say I haven’t fallen into the same trap. Not scurvy per se, but I like to go against the norm simply for the act of going against the norm. And, like James, it often bites me in the butt.

As for James’s dietary protest, it sounds like that Paleo diet that was so popular a few years back, or Atkins before it. It always *sounds* fun to eat all the bacon you want until you actually do it. I am not a vegetarian but if I was ever forced to choose between meat or fruits/vegetable, there is no question that I would choose the latter. Vegan would be hard for me because thinking about living a life without cheese makes me cry. But I’ll bet those Sociology ladies at James’ school really felt owned when he walked in on his bruised feet, flexing his scabby arms (but not far because his joints were swollen) and collapsed on to their desks due to anemia. They probably made him the focus of their senior thesis. They should have made him a pirate, though.

TV Ready – for @lorraine in 5 minutes.

TV Ready – for @lorraine in 5 minutes. 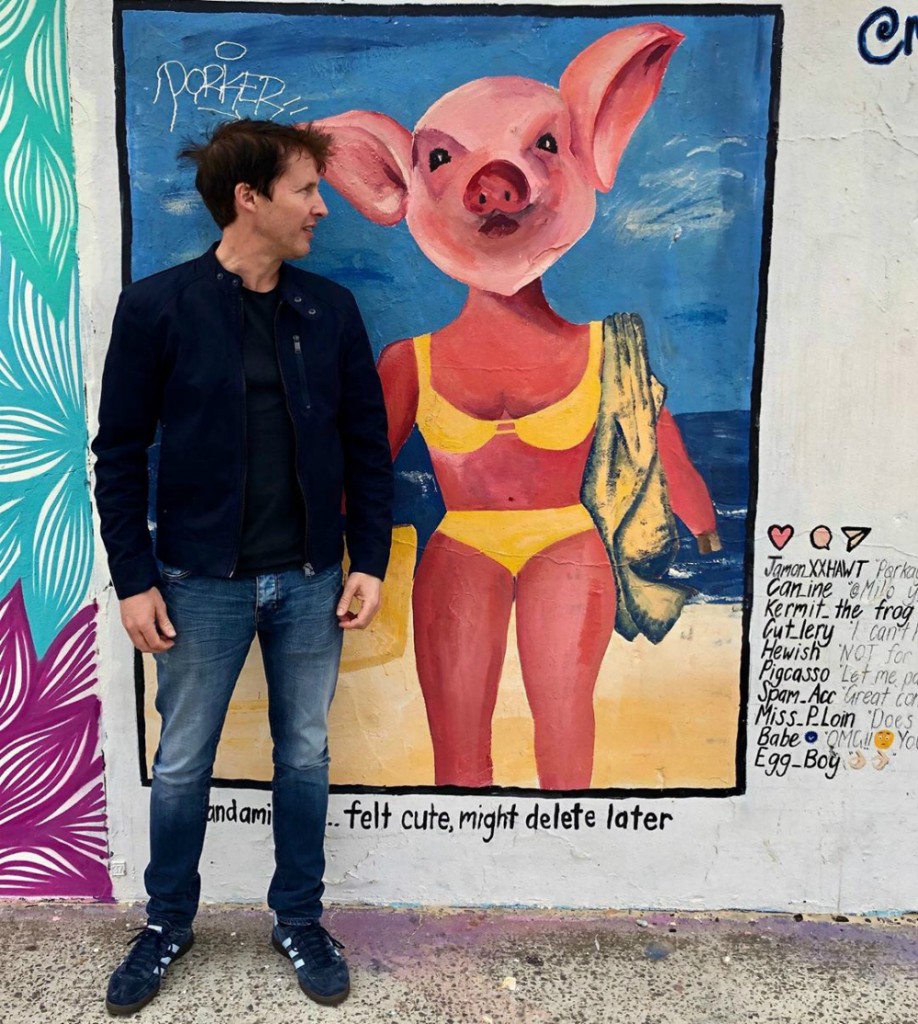 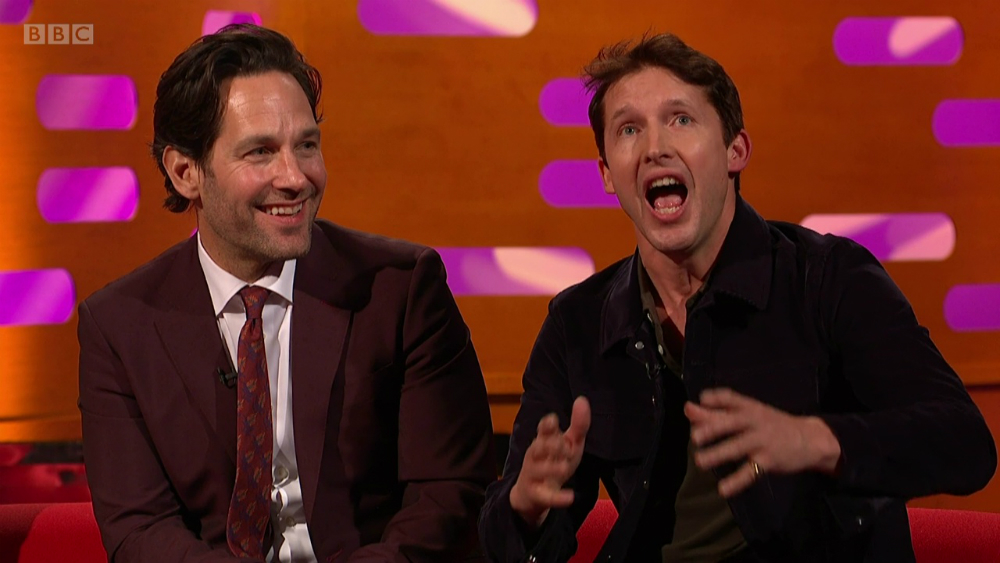