Lifetime’s biopic Robin Roberts Presents: Mahalia stars Danielle Brooks in the story of gospel icon Mahalia Jackson and her journey to becaming one of the most revered singers in American history. She also melded her music to the civil rights movement — she stood with Martin Luther King Jr at the March on Washington where she performed in hopes her music would encourage and inspire racial equality.

Jason Dirden, Olivia Washington, Rob Demery and Joaquina Kalukango star in the film alongside Brooks, the Orange Is the New Black alum who scored a Tony nom for The Color Purple. She was approached for Mahalia by Kenny Leon, who had previously worked with Brooks on the stage production of Much Ado About Nothing.

The script, from Bessie writer Bettina Gilois (Bessie Smith was an early Mahalia influence) and first-time feature scribe Todd Kreidler, is the latest installment of Deadline’s It Starts On the Page series highlighting the words that serve as the creative backbones of the now-underway TV awards season. These scripts are being submitted for Emmy Awards consideration this year and have been selected using criteria that includes critical acclaim, selecting from a wide range of networks and platforms, and a mix of established and lesser-known shows.

It follows the arc of Jackson, who began singing at an early age in New Orleans. It was her 1947 recording of “Move on Up a Little Higher,” which sold millions of copies, that skyrocketed her to international fame, breaking barriers with performances at Carnegie Hall, on The Ed Sullivan Show and at JFK’s inaugural ball. The film also delves into her personal side, including her marriage and divorce, and her longing to have children.

Mahalia is the first of a four-picture deal between Lifetime and GMA host Robin Roberts and her Rock’n Robin Productions, which produced the pic with Lincoln Square Productions. Roberts and Linda Berman are executive producers. 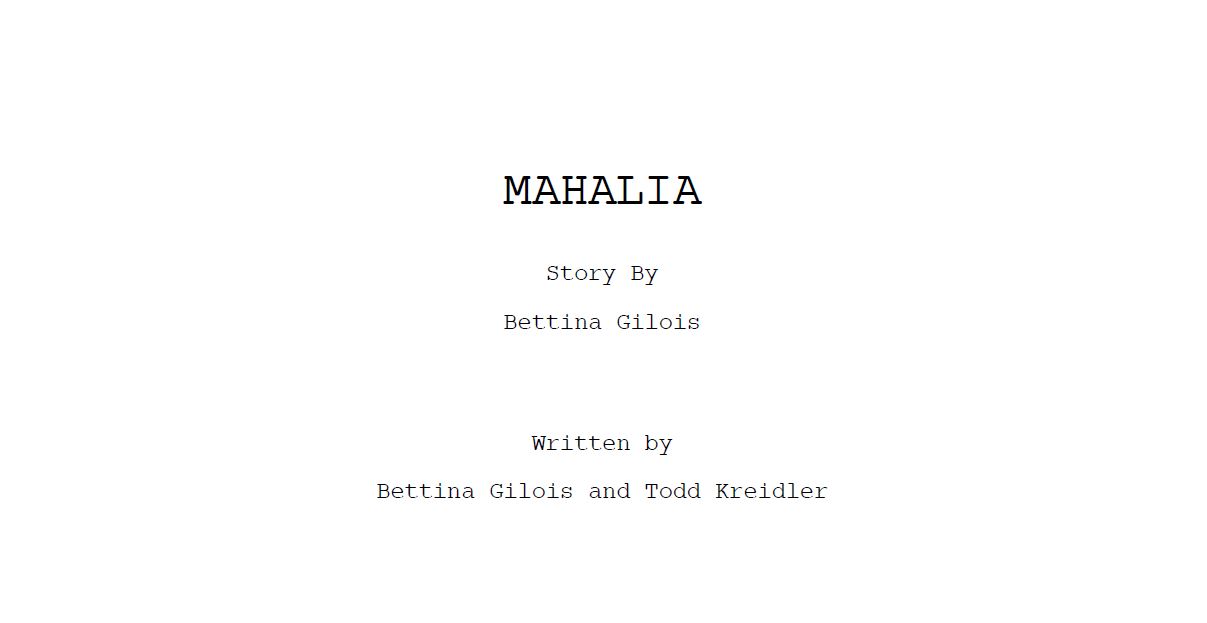 It Starts On The Page

It Starts On The Page: Read The Series Premiere Script For ‘The Flight Attendant’ By Steve Yockey

It Starts On The Page: Read The Pilot Script For ABC’s Comedy ‘Home Economics’