Amanda Coe has plenty of experience adapting big novels into TV series, winning a BAFTA for the 2012 drama Room at the Top and also penning her version of Apple Tree Yard. In the latest from the creator and writer of The Trial of Christine Keeler she took on Black Narcissus, an adaptation of Rumer Godden’s steamy 1939 novel, which Coe turned into a three-part limited series for FX and the BBC.

The finale, which aired in November, is the latest entry in Deadline’s It Starts On the Page, a series that highlights the scripts that will serve as the creative backbones of the now-underway TV awards season. The scripts are all being submitted for Emmy consideration this year and have been selected using criteria that includes critical acclaim, a range of networks and platforms, and a mix of established and lesser-known shows.

In the plot of Godden’s novel (also the basis for a 1947 feature film starring Deborah Kerr and David Farrar in the roles played in the limited series by Gemma Arterton and Alessandro Nivola), a group of Anglican nuns attempt in 1934 to establish a mission at a remote Himalayan clifftop palace of Mopu, which has been donated by General Toda Rai (Kulvinder Ghir). His hope is that the sisters will rid the “House of Women” of unhappy memories connected to his late sister Srimati., but its haunting mysteries awaken forbidden desires that seem destined to repeat a tragedy.

When Deadline broke the news of the limited series, Coe said: “It’s a truly extraordinary love story, as well as a brilliantly unsettling piece of 20th century gothic about the power of a place to get under your skin and the dangers of refusing to learn from history.”

Black Narcissus is produced by DNA TV in association with FX Productions for BBC One and FX Networks. Andrew Macdonald and Allon Reich of DNA TV executive produce along with Coe and the BBC’s Lucy Richer. 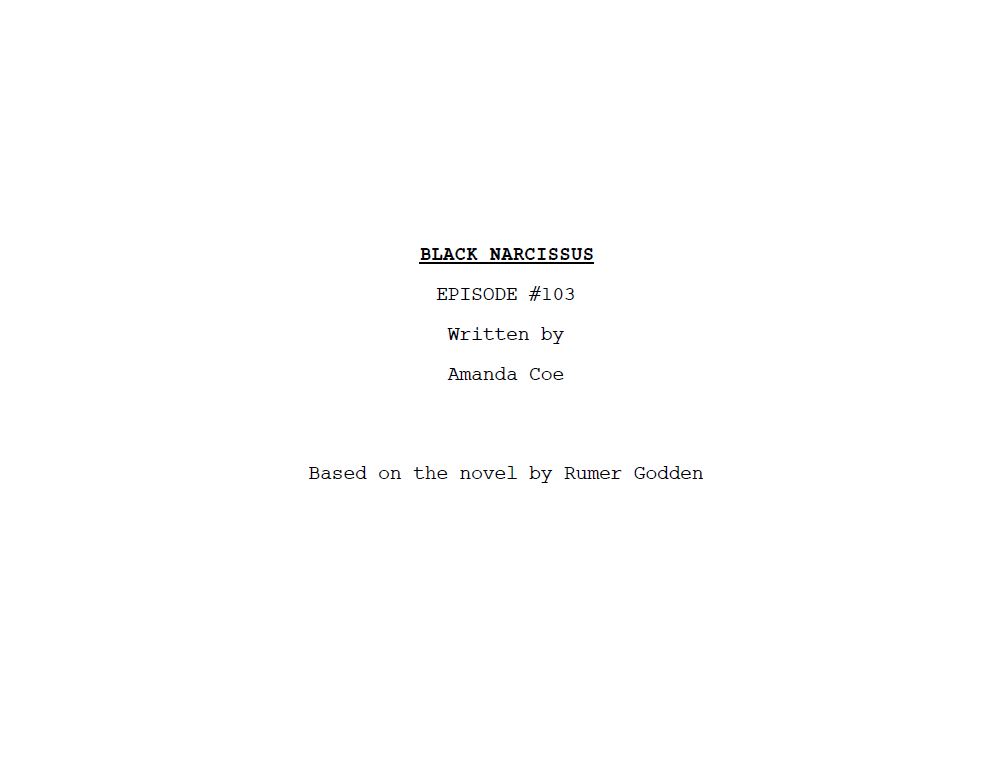 It Starts On The Page

It Starts On The Page: Read The Script For ‘Pen15’s Magic Episode From Co-Creator & Star Anna Konkle

It Starts On The Page: Read The ‘Bridgerton’ Series Premiere Script From Chris Van Dusen

It Starts On The Page: Read The Script For Eugene Ashe’s Romance Movie ‘Sylvie’s Love’