Meghan Markle has not returned to the UK since she and Prince Harry stepped down as senior members of the royal family and moved away back in 2020 — and she doesn’t seem to have any immediate plans to head across the pond for a visit. In fact, when Harry returned to the UK earlier this year to attend the funeral services for his grandfather, Prince Philip, who died on April 9, Meghan stayed behind. At the time, she was pregnant with the couple’s second child, and wasn’t given the “ok” to fly by her physician, according to People magazine.

The Duke and Duchess of Sussex welcomed their newborn daughter back on June 4, and have been “settling in at home,” according to an announcement posted on the Archewell website. Now that baby Lilibet Diana is here, many royal watchers are wondering if Harry and Meghan will travel to the UK to introduce her to Harry’s family. Harry is expected to make a trip to the UK for the unveiling of a statue of his mother, Princess Diana, which will take place on July 1. While some people have been wondering if Meghan will also make the trip, her friend Omid Scobie seemed to clear up those rumors in speaking with The Sun. Keep reading to find out what Scobie had to say about Meghan’s next planned trip to the UK.

Meghan Markle likely won't travel to the UK in 2021 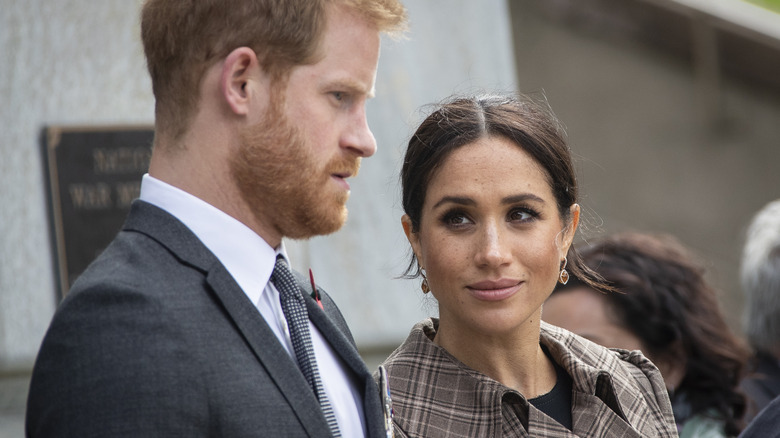 Meghan Markle has “no intention” of flying to the UK with Prince Harry for the unveiling ceremony, The Sun reports. It is believed that Meghan will stay back in California with her newborn daughter and the couple’s toddler son, Archie, while Harry makes the trip. The reason? “Meghan has just had a baby and has no plans to travel to London for the memorial event planned for the statue unveiling in the Sunken Garden at Kensington Palace,” a source told Entertainment Tonight. Meghan is not expected to travel to the UK at all in 2021.