In the American landscape of true crime, many who are familiar with the genre are well-acquainted with the name Susan Smith, who was convicted in 1995 for the murders of her young children, three-year-old Michael and 14-month-old Alex, and her attempts to cover up her part in the crime by lying to both law enforcement and members of the press.

Smith, who was a 23-year-old single mother at the time, reportedly rolled her car into a body of water located in her home state of South Carolina with both of her sons strapped inside, first reported her sons and vehicle missing and claimed that an unknown Black man had carjacked her and kidnapped her children, according to The Washington Post. (As The New York Times later noted, the racial overtones of Smith’s initial story were both called out and denounced after the truth came out.)

After a vigilant investigation by the police, it was soon discovered that Smith’s story was unequivocally false and that all fingers pointed to Smith. As it was proven at her trial, she had decided to kill both of her sons. The reason? Her ex, Tom Findlay, had broken up with her after having stated that he was not interested in having or raising children. Nearly 30 years after her conviction, Smith’s cellmate is speaking out and revealing new details about the criminal. Despite Smith’s crime, her cellmate says that Smith has behaved in a way that shows an arguably bizarre, continued connection to her sons.

Did Susan Smith have imaginary conversations with her children? 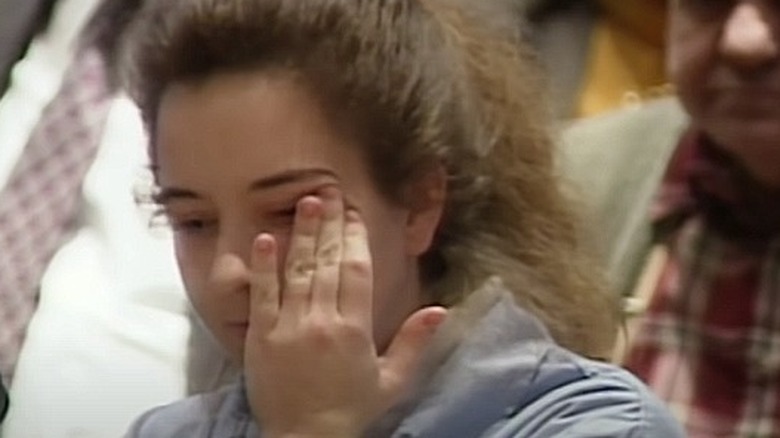 According to a report by InTouch Weekly, a former cellmate of convicted murderer Susan Smith named Christie Smith (no relation) claimed that after first arriving in prison, she was met with hostility from her new roommate, who saw her as “somebody weaker” that she could “bully.” Though Christie eventually ended her targeted campaign against Susan after she was unable to provoke a reaction from her — as well as after realizing she was “doing the same thing [Susan had] done … preying on something smaller than me,” she began to observe Susan engaging in odd behaviors. Chief among them was that Susan would frequently have conversations with the sons she had murdered as if they were still alive.

“Susan was very delusional,” Christie claimed to InTouch. “One Saturday morning, we got up. She had the little photo album out — she loved having that photo album out. She had a cup of coffee in her hand and she was just talking to the photo album.” After realizing Susan was speaking to three-year-old Michael and her infant Alex, pictured in the photos, along with reassuring both that their father, Susan’s ex-husband Michael, would “take care of them,” Christie eventually delivered a hard truth to her fellow prisoner. “‘Them kids are not going to come back,'” Christie recalls telling Susan at the time. “I told her that.”