Gary Linker, 60, left fans laughing with a play on words on Twitter. The football pundit made a joke about enjoying “Harry’s interview about the Palace”, however it was in reference to Harry Kane not Prince Harry.

Posting to his 7.8 million followers, Lineker tweeted a clever twist on words, hours after the Royal’s interview with wife Meghan Markle aired in the US.

“Whatever people say I think he was diplomatic and fair…. and his first goal was the crowning moment. #TeamKane.” 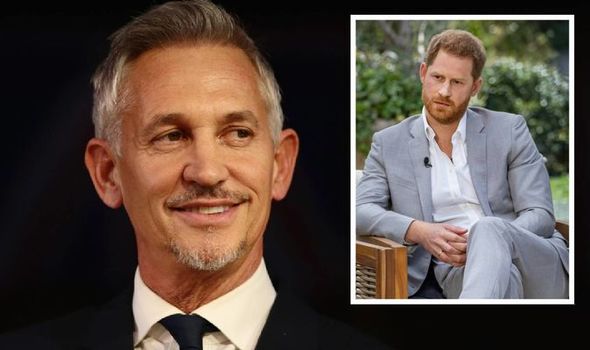 At first many may have been convinced he was talking about Harry and Meghan’s landmark interview with Oprah Winfrey.

This aired overnight in the US and contained several allegations about the Royal Family. 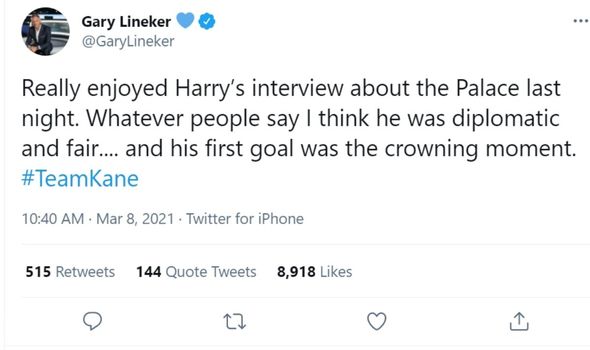