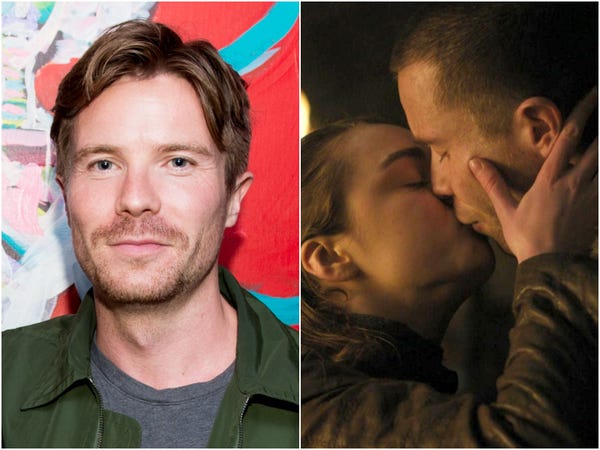 Dempsie, who played Gendry in the HBO show, told The Independent: "It was an odd transition purely because I'd seen Maisie grow up. I'd met her when she was a child and, during the course of the first three seasons, it was something I was asked regularly because [George RR Martin's] books suggest there's a possible romance. It always made me slightly uncomfortable."

Dempsie said that he was often asked questions about this possible romance by shows fans, even way before the romance came to fruition on-screen in season eight.

"They were asking me to comment on whether I – at the time, a 25-year-old man – would like my character to hook up with a 14-year-old," Dempsie said. "I always avoided answering the questions. But it was something I then had to think about."

Dempsie first appeared in "Game of Thrones" in the show's first season, back in 2011, but had a more prominent role in the show's second and third seasons wherein he shared all of his scenes with Williams' Arya. Arya and Gendry always seemed to have a connection in the books, but Gendry (and therefore Dempsie) left the show in season three.

It wasn't until season seven that Dempsie returned to the show. The final, eighth season saw Gendry and Arya finally reunite, where they turned that possible romance into a full-on hookup.

Dempsie said that by this time, however, doing a sex scene with Williams was "absolutely fine" as she was now 22.

"When we were doing season eight, Maisie was a grown woman. Also, putting that initial discomfort to the side, I didn't wanna patronise her," Dempsie said.

"She's an incredibly capable young woman who commanded the respect of that set, so to play up about doing the scene would have been doing her a massive disservice."