Her side of the story. Gabrielle Union didn’t hold back when describing the problematic workplace environment she left behind at America’s Got Talent.

In November 2019, news broke that the Bring It On star, 47, and fellow panelist Julianne Hough would not be returning for season 15 of the talent competition after replacing longtime judges Melanie “Mel B” Brown and Heidi Klum. Six months after coming forward with a number of allegations about the show’s “toxic” work environment, Union opened up about the experiences she had behind-the-scenes. 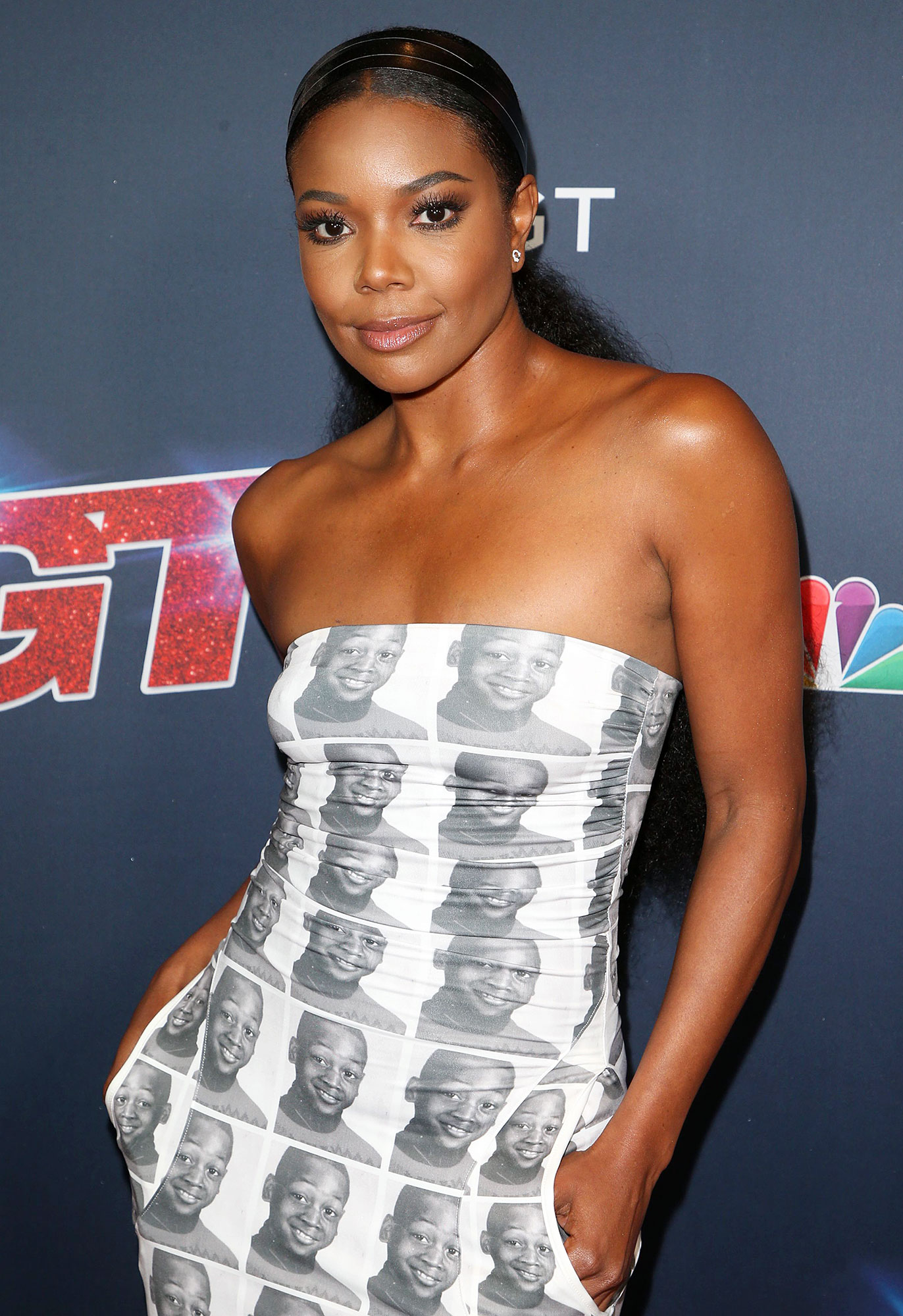 “I didn’t feel like myself,” she told Variety in a new interview published on Wednesday, May 27. “I’m shape-shifting to make myself more palatable. I’m contorting myself into something I don’t recognize. I had to look at myself and say, ‘Do you want to keep it easy? Or do you want to be you, and stand up?’ Because I’m not the only one being poisoned at work.”

After confirming her exit from the show last fall, the same publication reported that Union had been told by a number of AGT staffers that her hairstyles were “too black” for the show’s audience. The Being Mary Jane alum also voiced concern over more than one insensitive performance and expressed discomfort over Simon Cowell‘s frequent smoking, which made her feel sick while she was on the job.

“I couldn’t escape. I ended up staying sick for two months straight. … It impacted my voice, which affects my ability to do my job,” the actress said, adding that her costar’s smoking created the “very definition” of a toxic environment. “I felt isolated. I felt singled out as being difficult, when I’m asking for basic laws to be followed. I want to come to work and be healthy and safe and listened to.”

Though she had hoped the global talent competition would be a champion for diversity for both its staffers and its performers, Union was left feeling “disappointed” by the show’s response to her complaints. After hearing Jay Leno make a “wildly racist” off-the-cuff remark during a guest judge appearance, the L.A.’s Finest actress was told that producers would simply “edit it out.” 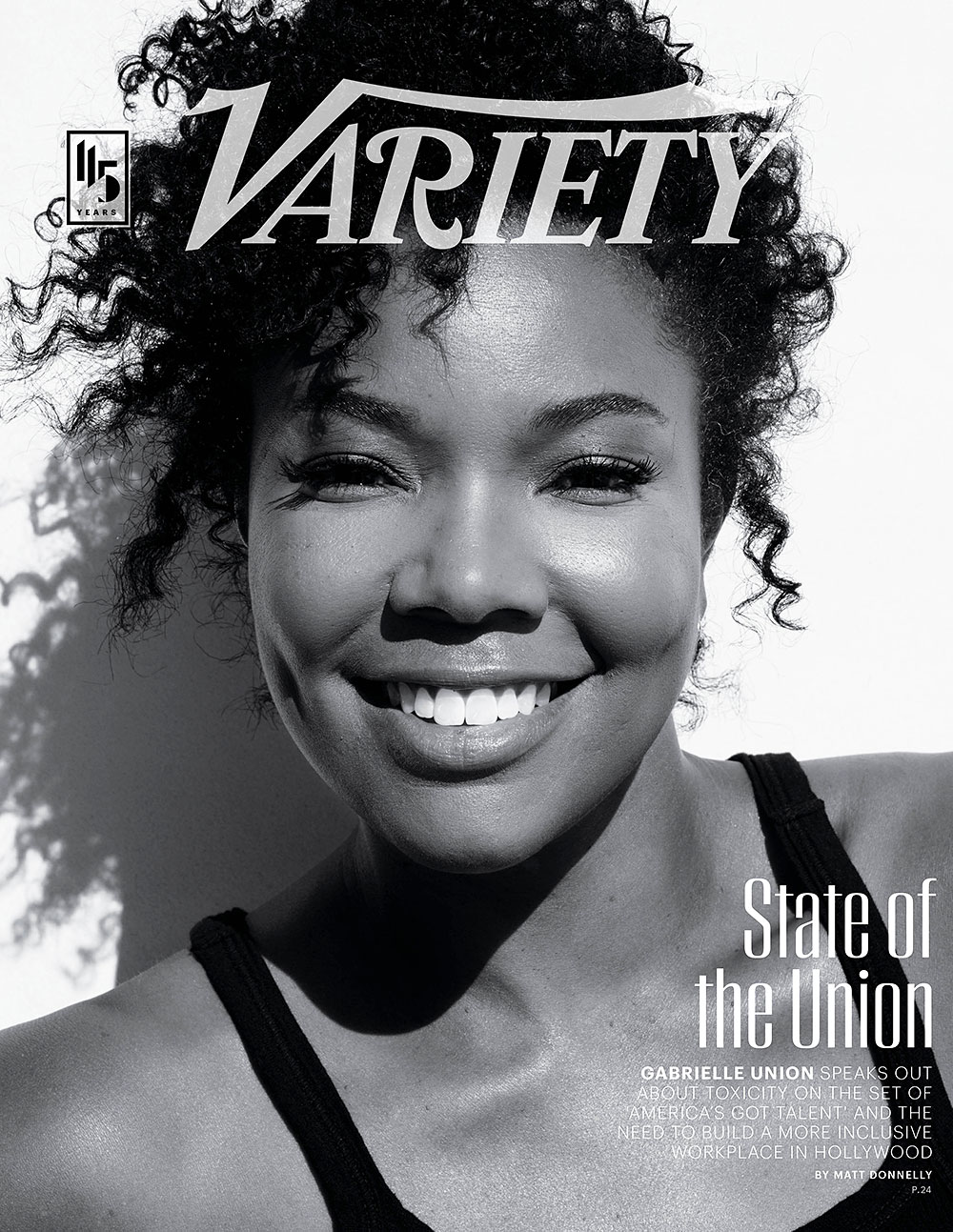 “You cannot edit out what we just experienced. There is not an edit button in my brain or in my soul,” she told Variety. “To experience this kind of racism at my job and there be nothing done about it, no discipline, no company-wide email, no reminder of what is appropriate in the workplace?”

When Union first spoke up about her experiences on the show, a spokesperson for the network reassured Us Weekly in a statement that the series had “a long history of inclusivity and diversity” and that the producers “take any issues on set seriously.” Though she may have left the opportunity of a lifetime, Union felt a responsibility to share her story.

“At the end of all this, my goal is real change … It starts from the top down,” she explained. “My goal is to create the happiest, most high-functioning, inclusive, protected and healthy example of a workplace. … If I can’t speak out with the privilege that I have, and the benefits that my husband [Dwyane Wade] and I have, what is the point of making it?”

NBC, Fremantle and Syco later issued a statement to Us addressing Union’s comments. “We have a shared passion to make America’s Got Talent a positive, inclusive and diverse show that is open to all individuals from any country or background,” the statement read. “We are proud and grateful that our contestants and audiences support our ongoing mission, which is represented in the incredible people who participate in the show each year. … When we heard Ms. Union had concerns about her time on the show, we took them extremely seriously.”

According to the statement, the company “immediately engaged an outside investigator” to address Union’s concerns. “Through the investigation process, it has been revealed the no one associated with the show made any insensitive or derogatory remarks about Ms. Union’s appearance, and that neither race nor gender was a contributing factor in the advancement or elimination of contestants at any time,” they said. “We continue to remain committed to having an inclusive environment for everyone associated with the show, and to upholding AGT as one of the most diverse programs on television.”