We WON’T have what she’s having! Film censors ridiculed When Harry Met Sally as ‘a well-seasoned turkey’ that was destined to be a flop

It might be one of the most memorable moments in movie comedy history… but it seems that Meg Ryan’s fake orgasm scene in When Harry Met Sally didn’t leave everybody satisfied.

Newly unearthed files have revealed that Britain’s film censors initially thought the 1989 romcom was little more than ‘a well-seasoned turkey’ destined to be a flop.

Examiners at the British Board of Film Classification were among the first in the country to see the movie, in which Ms Ryan famously acted out the throes of sexual ecstasy in a crowded restaurant, prompting an elderly female diner to tell a waitress: ‘I’ll have what she’s having.’ 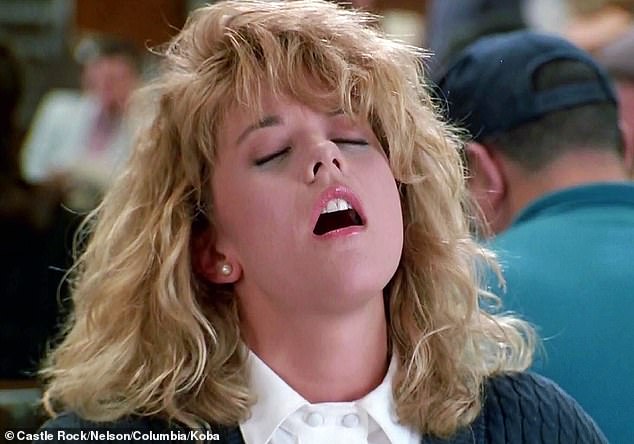 Critics in 1989 were not impressed by When Harry Met Sally, but it went on to make £100million

Yet the censors criticised the film’s ‘self-congratulatory cuteness’ and doubted whether anyone would warm to the ‘tiresomely and endlessly flirty characters’ played by Ryan and Billy Crystal. One wrote: ‘The two protagonists [are] uninteresting in the extreme to anyone who has the least experience of living.’

While their job was to give films appropriate age ratings based on their content, the experts would also occasionally pass personal judgment.

However, they proved out of step with public opinion in this case as the film took almost $100 million at the box office and won a Bafta for best screenplay. When a different team of examiners watched the film again for its video release in 1990, they declared themselves ‘gobsmacked’ by the attitudes of their colleagues.

‘This side-splitting… comedy had both my co-examiner and me on the floor,’ wrote one.

‘We failed to fathom how the film team could lay charges of schmaltz and sentimentality against it. Oh, you humourless duo.’

One speculated that the film might mean more to anyone ‘who had survived the difficulties’ of a marriage break-up, adding: ‘Perhaps its bittersweet, insightful wit requires a more sophisticated (Oh all right –jaded) divorcee’s palate.’

The film was passed uncut but given a 15 certificate because of the number of F-words and ‘a convincingly mimed orgasm and incessant chat about actually doing it’.

The film was directed by Rob Reiner and his mother, Estelle, played the diner who delivered the famous restaurant quip.