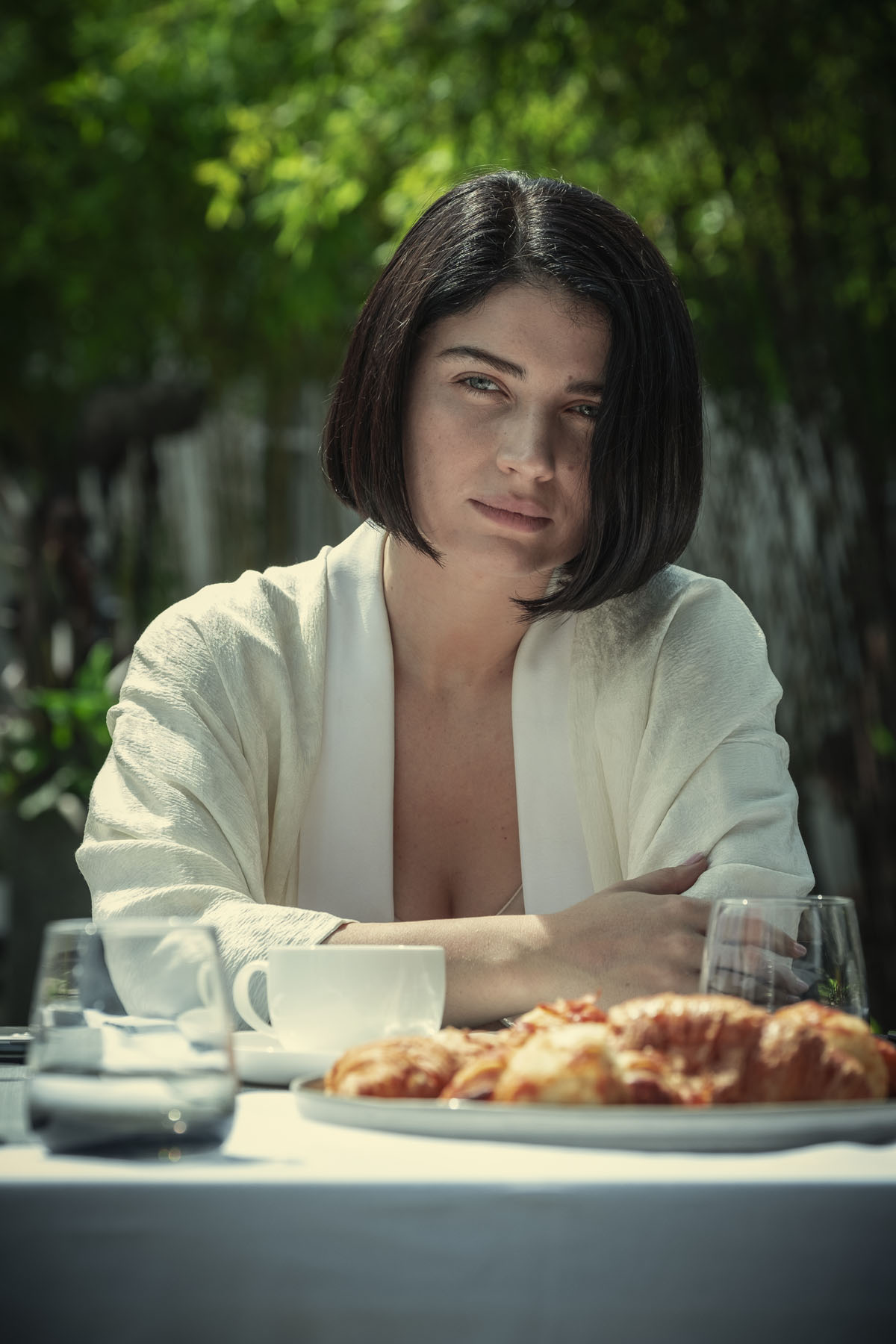 Extremely vague spoilers for Behind her Eyes
Eve Hewson, whom I know as Adele on the wildly popular Netflix series Behind Her Eyes, was on The Tonight Show recently. I had absolutely no idea before watching this interview that she was Bono’s daughter. Eve told Jimmy that she’s been quarantined with her whole family in Dublin and they’re like a mix between The Kardashians and The Osbournes. There were awkward moments and it seemed like Jimmy was sucking up to her because of her dad.

I was most interested in the part where she talked about the show, which I gave up on after the second episode. So many of my friends loved it, and my friend Zakia said the vibe is very much like Melrose Place in its prime during the 90s, completely fun and bonkers. I’m not going to give any major spoilers here, but I’m sure people will in the comments, so just be aware of that before you scroll. Here’s what she said about the show.

On the twists in Behind her Eyes
Everybody went nuts. When we made the show, I was like ‘I don’t know if people will get this. I think it’s cool, I think it’s really weird.’ People just ate it up. Everyone is taking the twist personally too. They feel personally attacked by the twist. I’ve been googling myself nonstop trying to find out all the memes and people’s reactions.

She used to smash a couch with a baseball bat to get into character
Without revealing too much, my character gets to some very heightened emotions. There’s lots of rage that I have to go through. I was scared that I wasn’t going to be able to get there. I had this idea that I need a baseball bat and I just want to smash a pillow before I go into a take. Our director [said] ‘I like it, do it.’ Every time I went to go do an intense scene I would just whack that thing. It became this communal experience where if anybody on the crew was having a bad day they’d have a go at that thing.

[From The Tonight Show with Jimmy Fallon]

I’m not one to hate watch and around the second episode I started hoping that Adele would die. I looked up the spoilers at that point because it was obvious something weird was happening, and it blew my mind! While I’m glad I didn’t invest more time before finding that out, people I know who finished the whole series say it was fun and worth it.

I’m definitely one of the people Eve is referring to who would take it personally. I really dislike when a show sets up a universe and then switches the rules. It doesn’t matter if it’s a supernatural show or a thriller, but when it presents itself as one thing and then abruptly changes I have an issue. (Also see: The OA.) Zakia told me that this show didn’t do that though, it just gradually revealed that bonkers twist. Fair enough!

This show is based on a book of the same name by author Sarah Pinborough. She’s defended the ending, saying that she set it up all along. She said “I don’t mind people who hate the book. I’d rather they hate it than be indifferent. What I don’t like is when people say, ‘She didn’t know how to end this book, she tacked on this ending.’ I’m like, ‘Go back and read it again, do your homework!’”

As for Eve she’s just 29 and she’s also on The Luminaries on Showtime. She got me to hate her character, so she has some talent. We’ll surely see more of her. I also found Simona Brown (Louise) really compelling. Everyone is talking about how bad Tom Bateman’s (David) Scottish accent is too! 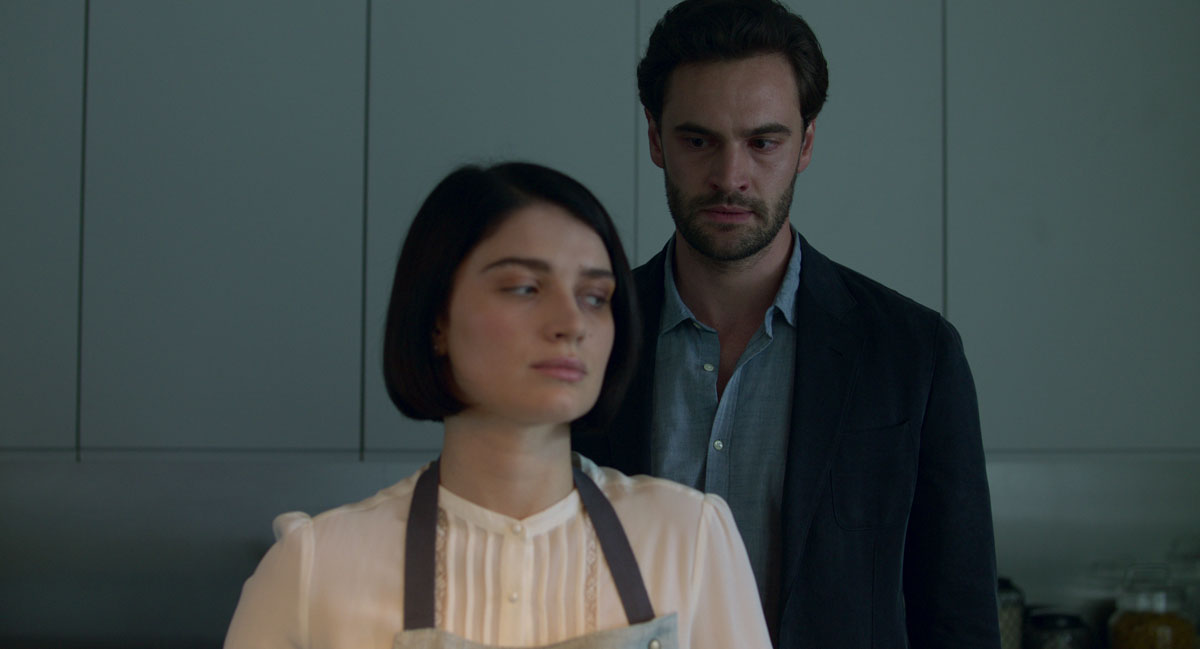 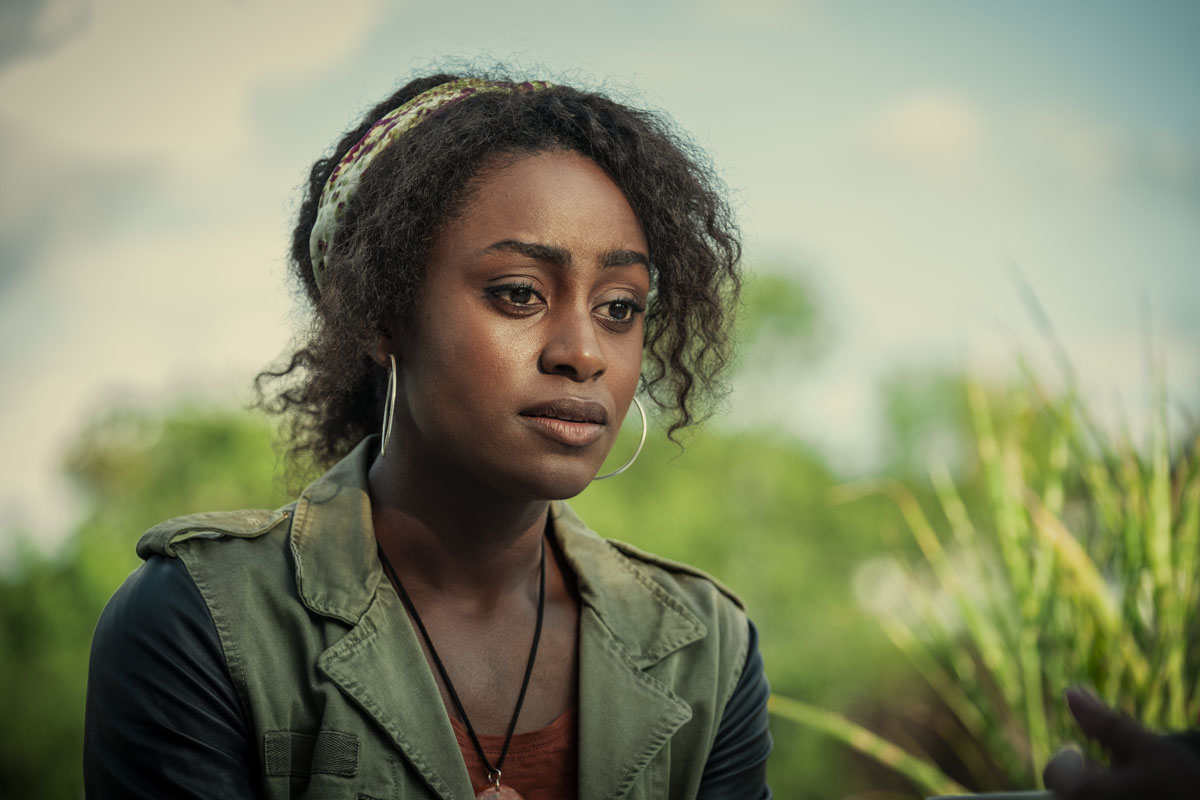