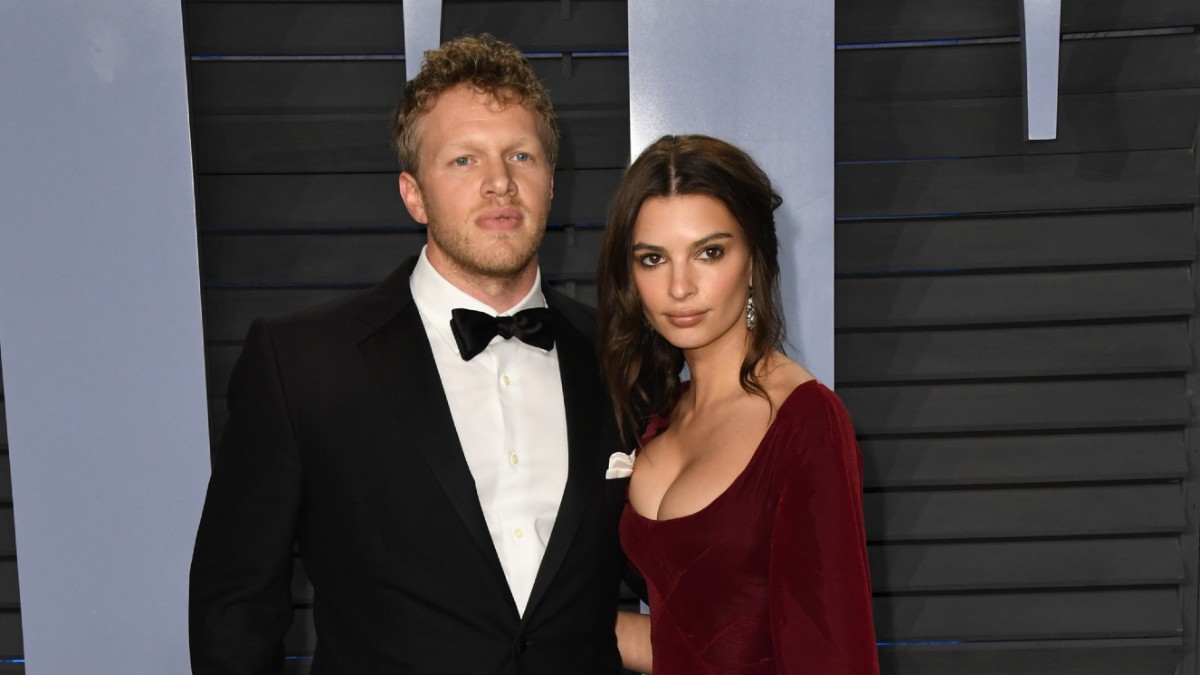 Model and actress Emily Ratajkowski has revealed that she and husband Sebastian Bear-McClard are expecting their first baby.

The 29-year-old star of the Blurred Lines video announced the news by writing an essay with an accompanying video for Vogue Magazine that was published yesterday.

The heartfelt essay touched on her feelings regarding gender, pregnancy, and the current state of the world. Emily wrote about gender and race relations along with her own childhood and adult experiences.

At the start of the essay, Ratajkowski reflected on how she and Sebastian are constantly asked by friends about their unborn child’s gender. They respond by stating: “we won’t know the gender until our child is 18 and they’ll let us know then.”

She stresses that they hope to raise their baby in a progressive environment and not have them constrained by having “gender-based preconceptions” forced upon them.

In the accompanying video, Emily speaks to her baby: “I dreamed of you for the first time the other night. We’re wondering who you will be.” There are various shots of Emily proudly showing off her baby bump around the apartment.

I’ll cherish this video as long as I live. Link in bio to watch. @voguemagazine Thank you to my brilliant and very generous friend @lenadunham for her vision and commitment to directing this. I’m so grateful. And thank you to my other wonderful friend @eccopn for his music and to @dschneids for her editing! You all made this the most special. Written and filmed by me. Shot at home.

When is Emily Ratajkowski’s due date?

In addition not revealing her baby’s gender, the model has also remained tight-lipped about the potential due date, which means we’ll have to make an educated guess as to when the little one will be arriving.

Judging by the size of Emily’s baby bump, we can assume that she’s approximately halfway through her pregnancy. And while a very late 2020 Christmas baby may be a possibility, it’s more likely that this will be a springtime 2021 baby. 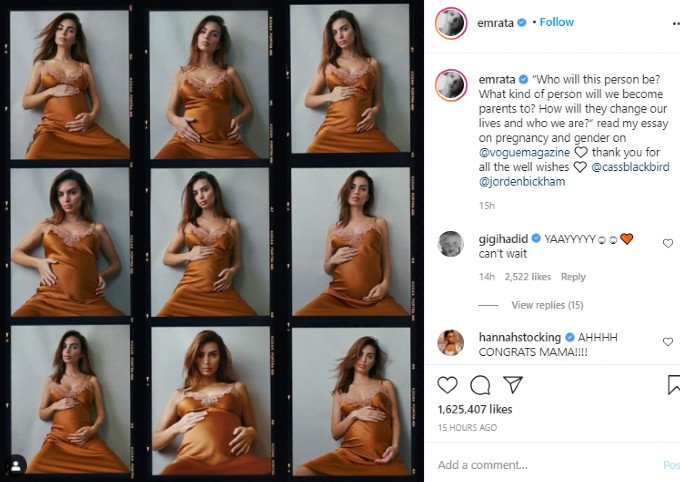 In the essay, Emily wondered if her husband, film producer and actor Sebastian Bear-McClard, might be “secretly yearning for a boy.” He has apparently insisted he has no preference over the gender.

The pair married back in February 2018 at City Hall in New York City in a lowkey ceremony that came as a surprise to many. They were rumored to have met only a few weeks beforehand.

Bear-McClard has a number of movie credits to his name, but his biggest project was working as a producer for 2019’s Uncut Gems, which starred Adam Sandler and Jonah Hill.

He keeps a low profile and isn’t very interested in social media, which is perhaps a little surprising when you consider who he’s married to. Emily has over 26 million followers on Instagram, but Sebastian doesn’t appear much on her feed. He has been described as “not an Instagram husband.”

In other baby news, Emma Roberts and her partner Garrett Hedlund also announced that they are expecting a baby boy within a few months’ time. Roberts has said that if it were a girl, she would have chosen the name, but as it’s a boy, her partner will have the honor of naming him.

And at the start of October, Usher announced that his partner Jenn Goicoechea had given birth to a baby daughter.