Party of five! Phil Robertson‘s sons were just as shocked as their father was to learn that they have a 45-year-old sister — but they welcomed her into the dynasty with open arms.

The siblings detailed how they felt about the Duck Dynasty alum, 74, discovering that he had a daughter named Phyliss on the Thursday, May 28, episode of his BlazeTV podcast, “Unashamed.”

Jase Robertson shared that he was the first of his brothers to meet Phyliss at their family’s church, but he wasn’t aware of her identity. He later spoke with her on the phone and developed an instant connection.

“I fight with my family a lot but I got their back,” Jase, 50, explained. “I love them. I’m there for them. So I’d already made that decision. I was ready to go either way. I was gonna love her no matter what. But I was like ‘I really like her,’ which is awesome.” 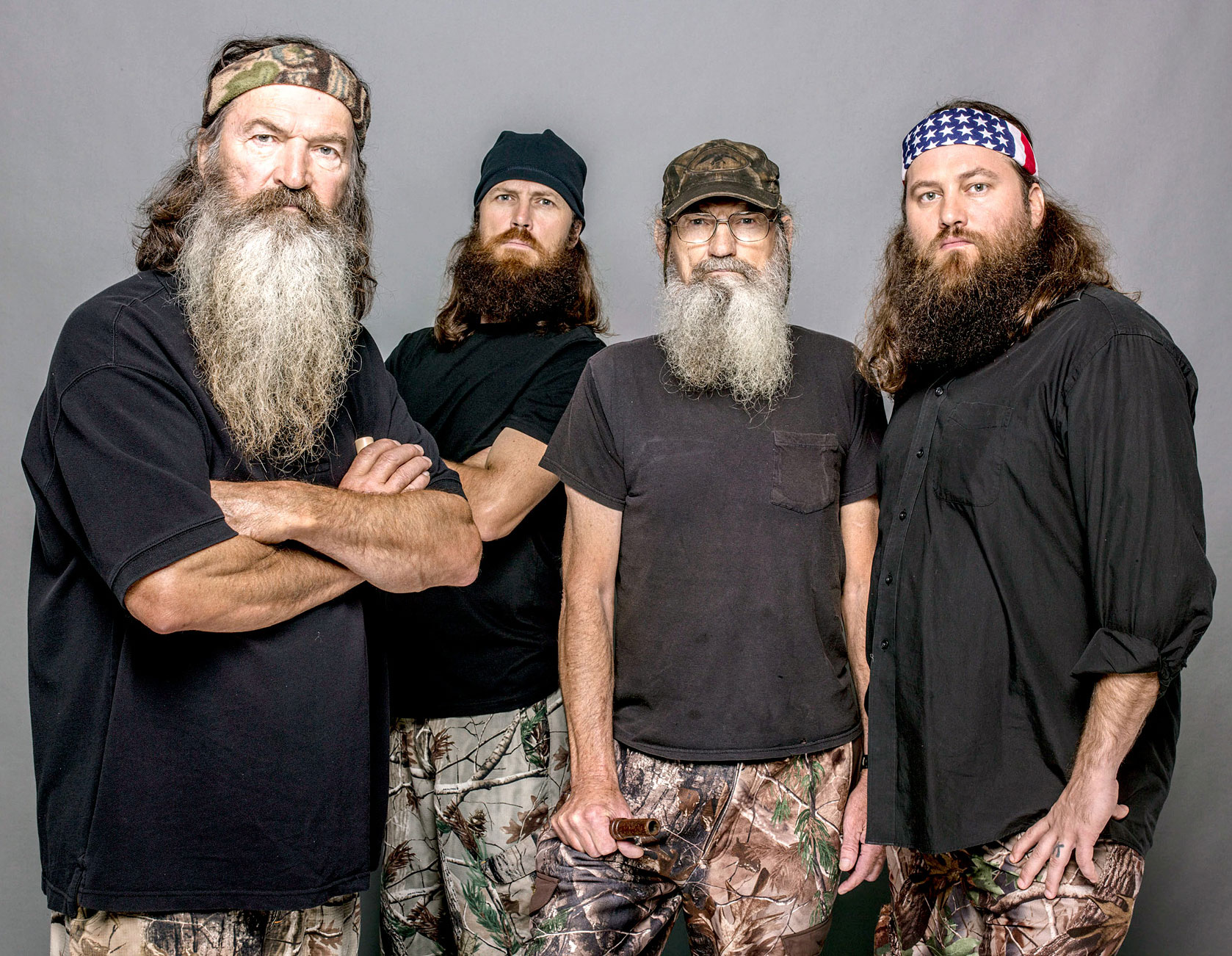 Jep Robertson added that when he spoke to Phyllis on the phone he told her, “You know, I always wanted a big sister” and that meeting her was “a dream come true.”

Phil— who shares sons Al Robertson, 55, Jase, Willie Robertson, 48, and Jep, 42, with his wife Kay Robertson — learned three months ago that he unknowingly had a daughter.

Al explained earlier in the podcast that he and Jase received a letter “from a woman who said that by a DNA search, she thinks that Dad might be her dad.” However, he didn’t believe her because of his father’s Christian background.

“A few days went by, and then the more I read it, the more I thought, ‘Well, this is something we need to try to figure out,’” Al explained. “My mindset was, I didn’t want to tell Mom and Dad if it wasn’t true because I didn’t want to upset them ‘cause this was a life-changing situation if it was true.”

For Phil, he felt “redemption, reconciliation, love” when he learned about his daughter.

“As it turns out, forty-five years, you have a daughter that you don’t know about, and she has a father she doesn’t know about,”the reality star said. “45 years — that doesn’t sound like very long, but you say, that’s a while. So finally, after all those years, we come together.”