Donald Trump Jr. is speaking out about Bruce Springsteen’s DWI charge being dropped.

The music legend was accused of driving after drinking, resulting in some public backlash and Jeep deleting an ad featuring him from YouTube — though the ad has resumed circulation.

Trump, 43, took to Twitter on Thursday to address his beliefs as to why the rocker’s charges were dropped.

“I’d say it’s #WhitePrivilege but we all know it’s really #LiberalPrivilege,” he said, referring to an article about the ordeal.

Springsteen, 71, did plead guilty to one charge of drinking in a closed area in November of last year.

The additional two charges of operating a vehicle while under the influence of alcohol and reckless driving were then dropped.

The “Born to Run” singer was ordered to pay a $500 fine plus an additional $40 fee within a week at a Wednesday hearing.

It was uncovered earlier this month that the singer was arrested in November for DWI, reckless driving and consuming alcohol in a closed area. The incident took place at the Gateway National Recreation Area in New Jersey.

Statements of probable cause obtained by Fox News at the time show that “The Boss” allegedly refused to take a preliminary breath test when first approached by a park ranger on site.

“Springsteen refused to take a preliminary breath test (PBT), despite signs of intoxication namely after testing his gaze and walk and turn tests,” a park ranger named R. L. Hayes alleged in the document.

Additionally, the ranger claimed to have observed the musician “consume a shot of Patron tequila” before getting on his motorcycle to “start the engine.” 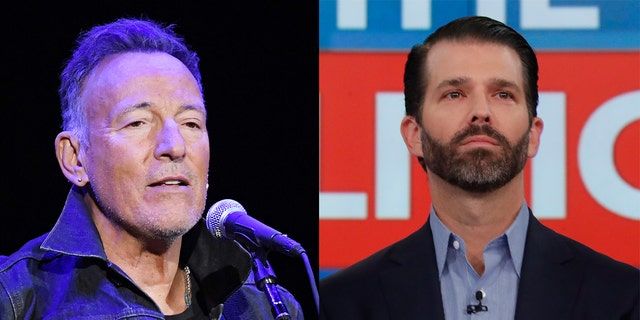 Hayes claimed he informed Springsteen, a New Jersey native, that drinking on the park premises “is prohibited.”

“The Patron bottle that the shot was poured out of was completely empty (750ml),” the ranger also wrote. “I asked Springsteen if he was leaving and he confirmed that he was going to drive out of the park.”

Hayes claimed Springsteen reeked of alcohol. “[He] smelt strongly of alcohol coming off his person and had glassy eyes,” the report stated.

The ranger also said he “observed four out of six clues on the horizontal gaze nystagmus test.” The musician was “visibly swaying back and forth while I observed his eyes,” Hayes said. “I observed five out of eight clues on the walk and turn test. Springsteen took 45 total steps during the walk and turn instead of the instructed 19. [He] refused to provide a sample on the preliminary breath test.”

Following Wednesday’s hearing, Springsteen’s attorney released a statement to express his pleasure with the outcome.

“Mr. Springsteen is pleased with the outcome of today’s court appearance. The prosecutor was unable to provide the necessary evidence and facts as it related to the charge of Driving under the Influence (DUI) and Reckless Driving and therefore, dismissed both of those charges,” Ansell of the Ansell, Grimm & Aaron law firm, said. “Mr. Springsteen, who has no previous criminal record of any kind, voluntarily plead guilty to a violation of consuming an alcoholic beverage in a closed area, agreeing to a fine of $500.  We want to thank the Court and will have no further comment at this time.”