It’s time to mark your calendars. Dog The Bounty Hunter and his fiancée Francie Frane are getting married – and they’re tying the knot sooner than you think!

“I’m getting married!” Duane “Dog The Bounty Hunter” Chapman said to Alan Nevins and Joey Santos on Tuesday’s Two Guys From Hollywood podcast. During the chat, Champan, 68, spoke about his engagement with Francie Frane and finally revealed their wedding date. “September,” said the famed bounty hunter and reality television star. The nuptials will arrive more than two years since Dog’s wife, Beth Chapman, lost her battle with throat cancer. Though Beth’s death has weighed heavily on Dog’s mind, he said he found comfort – and encouragement love again – in his faith.

“Francie’s husband passed away over three years ago, and Beth passed away over two years ago,” said Dog. “And, you know, I felt very bad about even wanting to have someone else after Beth and then when I went to, again — the Bible — in Genesis to find out how Adam got Eve. As I was going to find the exact story, I saw the scripture that says God does not want a man to be alone, that he knows we need a companion, whether we’re man or woman.” With that comfort, Dog began his relationship with Francie, which resulted in an engagement and, soon, a wedding. “So anyway, yes, September 2,” said Dog, sharing the exact date he plans to tie the knot, “but I didn’t advertise it. 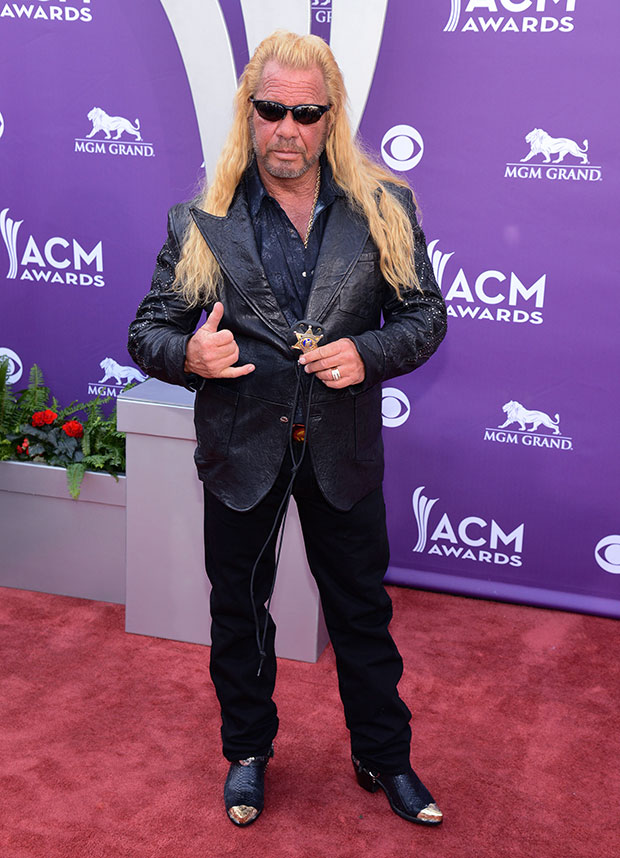 Dog and Francie got engaged in May 2020, roughly ten months after Beth’s passing. On the day that the news broke, Dog’s family responded with joy. His daughter, Lyssa Chapman, tweeted her excitement. “Welcome to the Fam, Fran.” Bonnie Chapman left an emotional comment on her dad’s Instagram announcement. “It’s been extremely difficult to see one parent pass, and the other so intent on following. My father deserves to be happy,” she said, while assuring fans that Dog still has Beth’s “name on his chest, he’ll never forget her and the love she gave him.” Bonnie said that Beth would want Dog “to be happy no matter what” and that she “would never want him to be alone.” Bonnie then went on to praise Francie, calling her a “wonderful woman.”

“I think I had gone to pick up some food, and then when I came back, he had all the lights turned down with just a few lights on and a bunch of candles lit,” Francie told The Sun in May 2020 about the proposal. “So when I came in, I was like, ‘Wow, this is awesome.’ Then he said, ‘Come in, sit down because I need to talk to you.’ He said, ‘Will you marry me and spend the rest of our lives together?’ Who can say no to that? It was wonderful.” Expect the wonderful times to continue on Sept. 2, 2021, when these two become man and wife.