Tributes are pouring in for the Argentinian soccer legend, who died of a heart attack 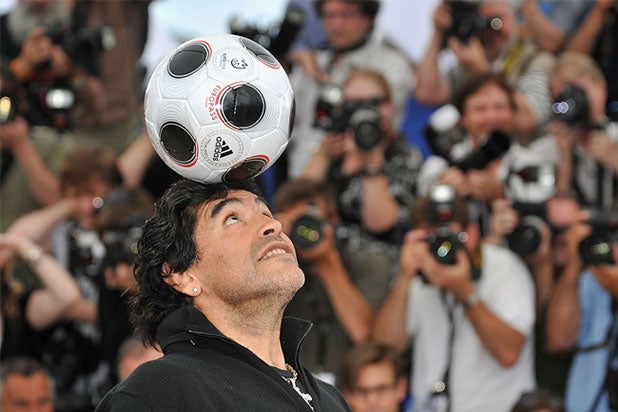 The sports world was rocked this morning when news broke about the sudden death of Argentinian football legend Diego Maradona. According to his long-time attorney, Maradona passed away from a heart attack and had been recovering from recent brain surgery.

The superstar leaves behind a rich legacy of gameplay — among his notable career moments, Maradona played in four World Cups, winning the title for Argentina in 1986. That victory cemented Maradona as a household name, especially after his iconic (and controversial) “Hand of God” goal.

Following news of his death, tributes from the sports world and from Maradona’s teammates and colleagues began pouring in, including eulogies from Napoli and FC Barcelona, two of Maradona’s major clubs.

“The world awaits our words but there are no words to describe the pain we’re going through,” Napoli tweeted. “Now is the time to grieve.”

“Thank you for everything, Diego,” FC Barcelona tweeted.

England’s Gary Lineker, who also scored in that fateful 1986 World Cup, sent his condolences despite his well-documented rivalry with Maradona. Lineker called the late star “the best player of my generation and arguably the greatest of all time.”

Despite not having a Twitter account, Argentinian superstar Lionel Messi gave a statement about his friend and former coach, saying, “Even if I played for a million years, I’d never come close to Diego Maradona. Not that I would want to anyway. He’s the greatest there’s ever been.”

See more reactions and tributes below: