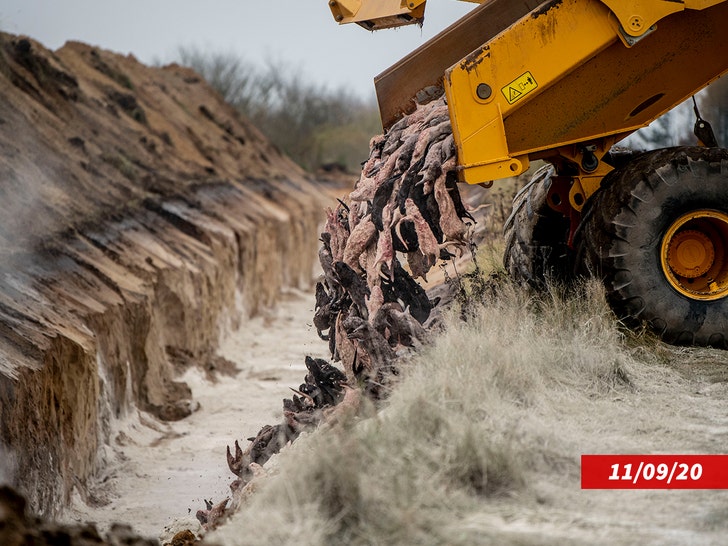 Denmark’s decision to kill off all of their minks, out of fear the animals could spread a mutated version of COVID-19, is coming back to bite them — because the little bastards are rising out of their graves, and slaughtering them might’ve been illegal to begin with.

A month ago, Prime Minister Mette Frederiksen handed down a national order to cull the country’s 15-million-plus population of minks that were scattered about in farms all throughout the country … and the farmers who sell off their fur agreed and did just that.

The reason … scientists discovered minks could catch COVID-19 from humans, have it mutate within their own bodies, and then transmit it back to people, which government officials feared could screw up vaccination efforts. So, they called the shot and wiped ’em all out. 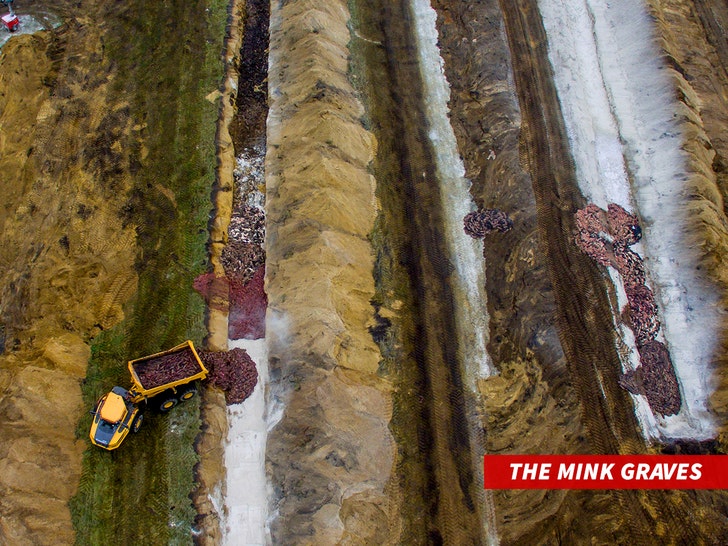 Not all of the dead minks — most of which were suffocated with CO2 — were able to be incinerated … millions had to be buried in mass trenches at said farms and elsewhere in the country … which might’ve been a bad idea, ’cause they’re literally back from the dead.

Gasses released from their dead bodies have been forcing their remains back above ground, and it’s grossing people out. Not only that, but there’ve been concerns burying so many minks at once has compromised the drinking water supply in parts of Denmark.

Adding insult to injury, lots of farmers who agreed to go along with the PM’s order are hurting and fear their business will forever be ruined … since they killed off their product line. Not only that, it’s now clear the Prime Minister didn’t technically have the authority to order the deaths of an entire population of species … which is forcing some major backpedaling and catch-up as far as legislation. They’re apparently working to pass a law that retroactively gives the PM that power … even though she didn’t have it at the time.

The Danish Parliament agreed this weekend it’s probably best to dig up 4 million of those dead minks and to burn them properly … but thing is, that won’t happen for at least another 5 months, when it’s deemed safe to do so.

The PM has also apologized for the rushed decision, saying she was just doing what she thought was right for her people to keep them safe.

Until they can sort it all out though … it’s mink zombie country around those parts.