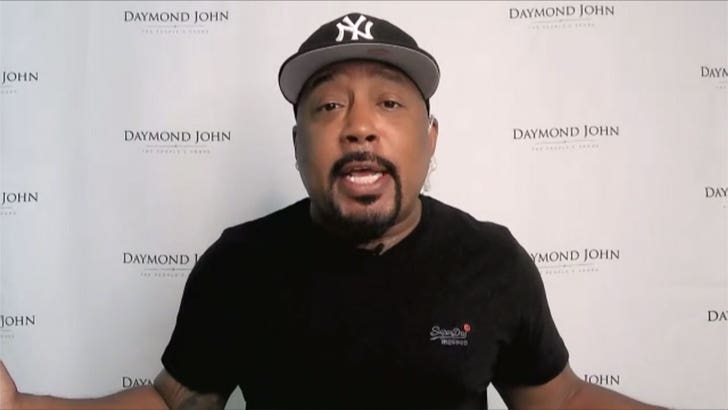 Daymond John thinks restaurants and retail companies recruiting minors to fill job vacancies is a BRILLIANT idea … and he has harsh words for those who are sitting on the sidelines and not willing to work.

The “Shark Tank” star appeared on “TMZ Live” … praising business owners who are hiring 14 and 15-year-olds, especially in the food industry.

He makes solid points … Steve Jobs and Bill Gates started early learning their craft before taking over the world. He says many 13 and 14-year-olds aren’t distracted by things like romance, and they are reliable workers who are eager to learn and excel.

It would definitely fill a void … there are more than a million job openings that have gone unfilled for various reasons. Daymond says if adults don’t want to fill the positions, they’re gonna be left in the dust because these kids can do their jobs just fine.

A McDonald’s in Oregon posted a sign that read, “Now Hiring 14 & 15 Year Olds.” A Burger King in Ohio said “Do You Have A 14 Or 15 year old? Do They Need A Job?? We Will Hire Them!” A Texas chicken chain has even promoted teenagers to management positions that pay more than $50k a year.

That translates into financial independence, and when it comes time for college — if that’s what the young workers choose — they won’t be underwater with student loans.