Davina McCall shows off new hair for The Masked Dancer

Following last night’s episode of the popular ITV show, a Twitter user tagged Davina McCall, 53, in a tweet to ask her about Jonathan Ross’ “constant jib”. The panel, which also includes Strictly Come Dancing star Oti Mabuse and comedian Mo Gilligan, have had a fair few humorous exchanges on the show as they competitively guess the hidden celebrities.

The Twitter user wrote: “@ThisisDavina how do you put up with the constant jib from @wossy? #maskeddancer.”(sic)

Davina replied: “I love it, is that weird x he really really makes me laugh.”(sic)

The panellist went on to defend her co-star, saying he is a “lovely bloke”.

The latter saw Davina’s Twitter exchange with the ITV viewer and chimed in: “I know you are but what am I?” 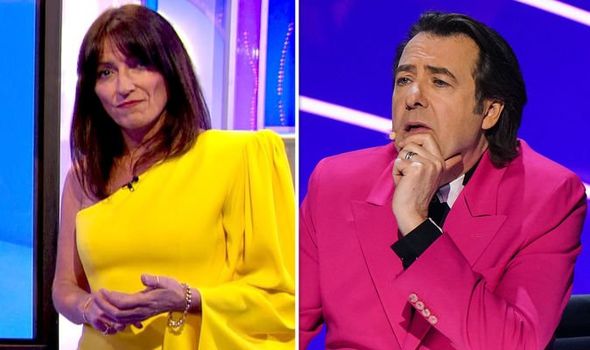 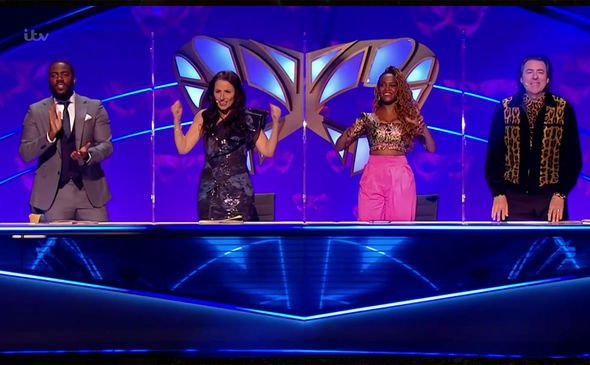 Davina and Jonathan have light-heartedly shared a few comments about each other’s appearance throughout the series so far.

During one episode, the ex Big Brother host sported a metallic one-shoulder dress, which caught her co-star’s attention.

He quipped she looked like she was going to a “boring dinner party”. 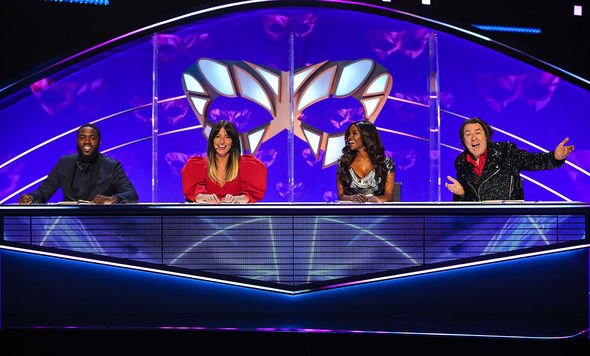 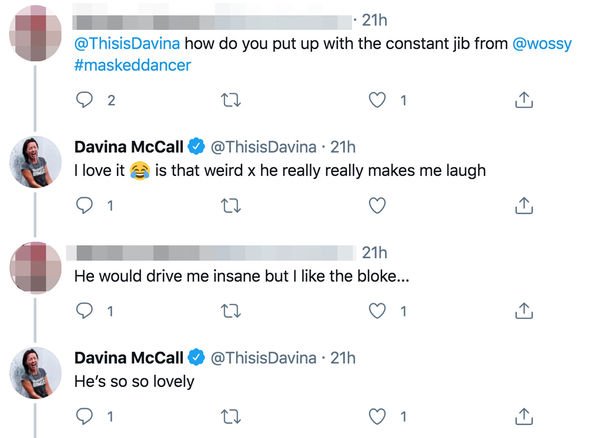 The presenter recently spilled on what it was like having Oti on board this series as well as the dynamic between the panel.

“I must say we are laughing a lot! Mo is hilarious,” she revealed.

“Jonathan and Oti together are brilliant – very, very funny. We are really, really enjoying ourselves.

“It’s very nice to work on a show where we all have such a good time.”

The mother-of-three added having Oti on the panel helped her with guessing.

She added: “I spend the whole time going, ‘Is this someone from Strictly? Is this a dancer you know? Is this a professional dancer?

“’Is this someone who’s not a professional dancer that might have been on Strictly?’”

So far, the celebrities who have been unmasked are; Jordan Banjo, Louise Redknapp, Dita Von Teese and Eddie the Eagle.

The Masked Dancer continues tomorrow at 7.30pm on ITV.