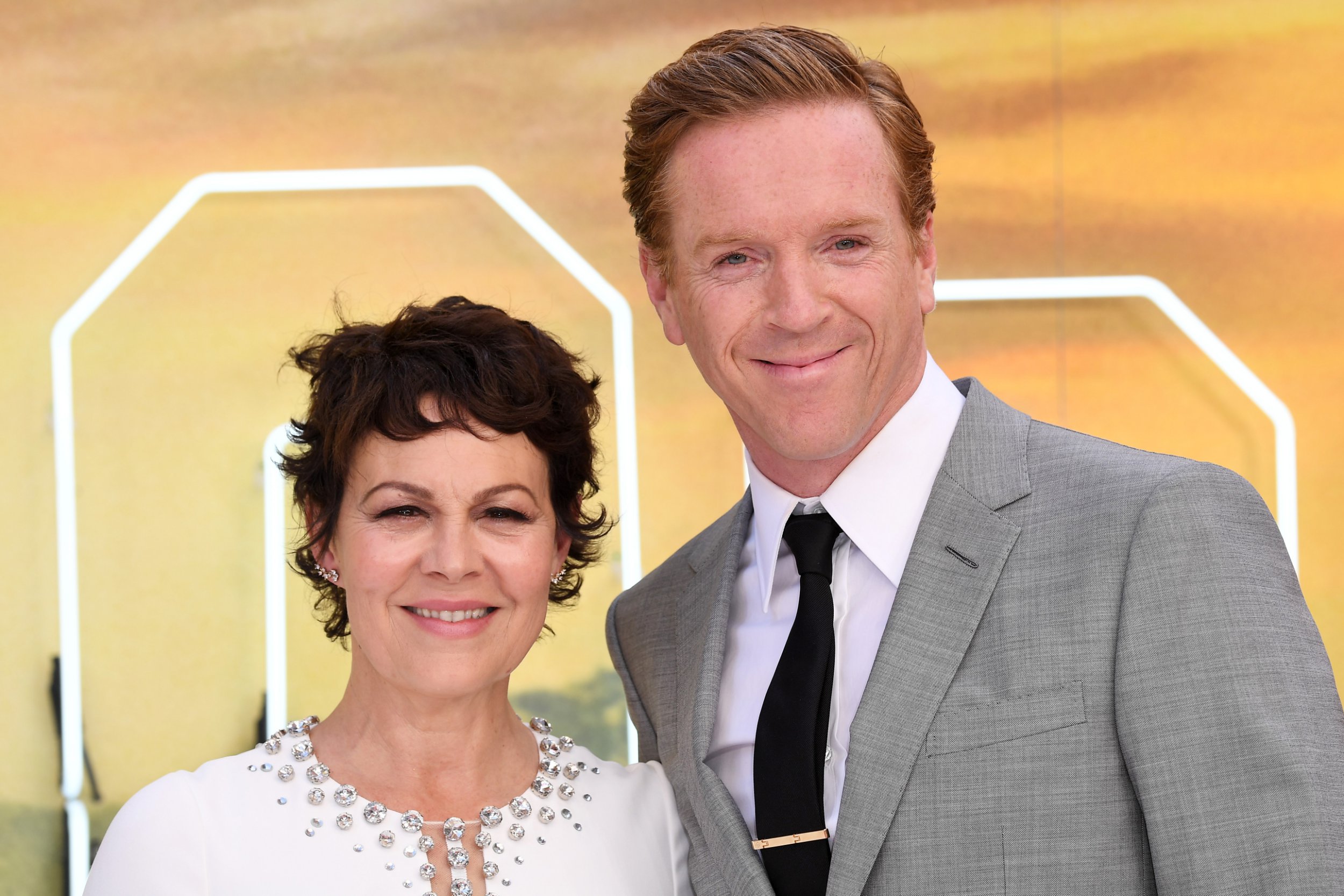 The Peaky Blinders actress died in April after battling cancer, at the age of 52.

Just six weeks before her death, Homeland star Damian recorded an appearance on the Out To Lunch podcast, where he opened up about their incredible charity work.

Host Jay Rayner began the episode, released on June 1, by explaining that he was unaware of Helen’s condition at the time they spoke, and emphasised that his guest was happy for the instalment to be released.

In the chat, they touched on the money the couple raised to help feed and provide meals for NHS workers on the frontline of the coronavirus pandemic.

‘It had started just with a conversation with a pal here and he said, “Look, we’re good at looking after patients but we’re crap at looking after our own staff, can you think of any way we can feed them?” I knew one of the founders of Leon and I know that Leon is popular with people.

‘Helen and myself became friendly with [Leon CEO] John Vincent and he happened to be doing something down in Brighton at the time, and thinking about how to do the same thing.

‘So we all just came together. He’s great friends with Matt Lucas, so us four sort of clubbed together to try to raise money. That’s what we did and we’re very proud actually. It was hard work.’

He added: ‘I am very, very glad we did it but I am full of admiration for people who give their time working in the charity sector.’

Damian announced Helen’s death weeks after the podcast was recorded, and issued a heartfelt statement on his loss.

‘I’m heartbroken to announce that after an heroic battle with cancer, the beautiful and mighty woman that is Helen McCrory has died peacefully at home, surrounded by a wave of love from friends and family,’ he penned.

‘She died as she lived. Fearlessly. God we love her and know how lucky we are to have had her in our lives. She blazed so brightly

‘Go now, Little One, into the air, and thank you.’

Helen championed the importance of charity work in one of her final TV interviews, with Damian proudly by her side.

Appearing on Good Morning Britain on March 12, the Harry Potter star praised the work of the Prince’s Trust during the pandemic.

‘We’re still open and we’re still running, we’re still up for business,’ she told Kate Garraway via a video call.

‘We still have helped 70,000 people and now more than ever, young people whose lives feel on hold with coronavirus, really need to know people are still to mentor them.

‘And still there to help with sponsorship and giving money.’