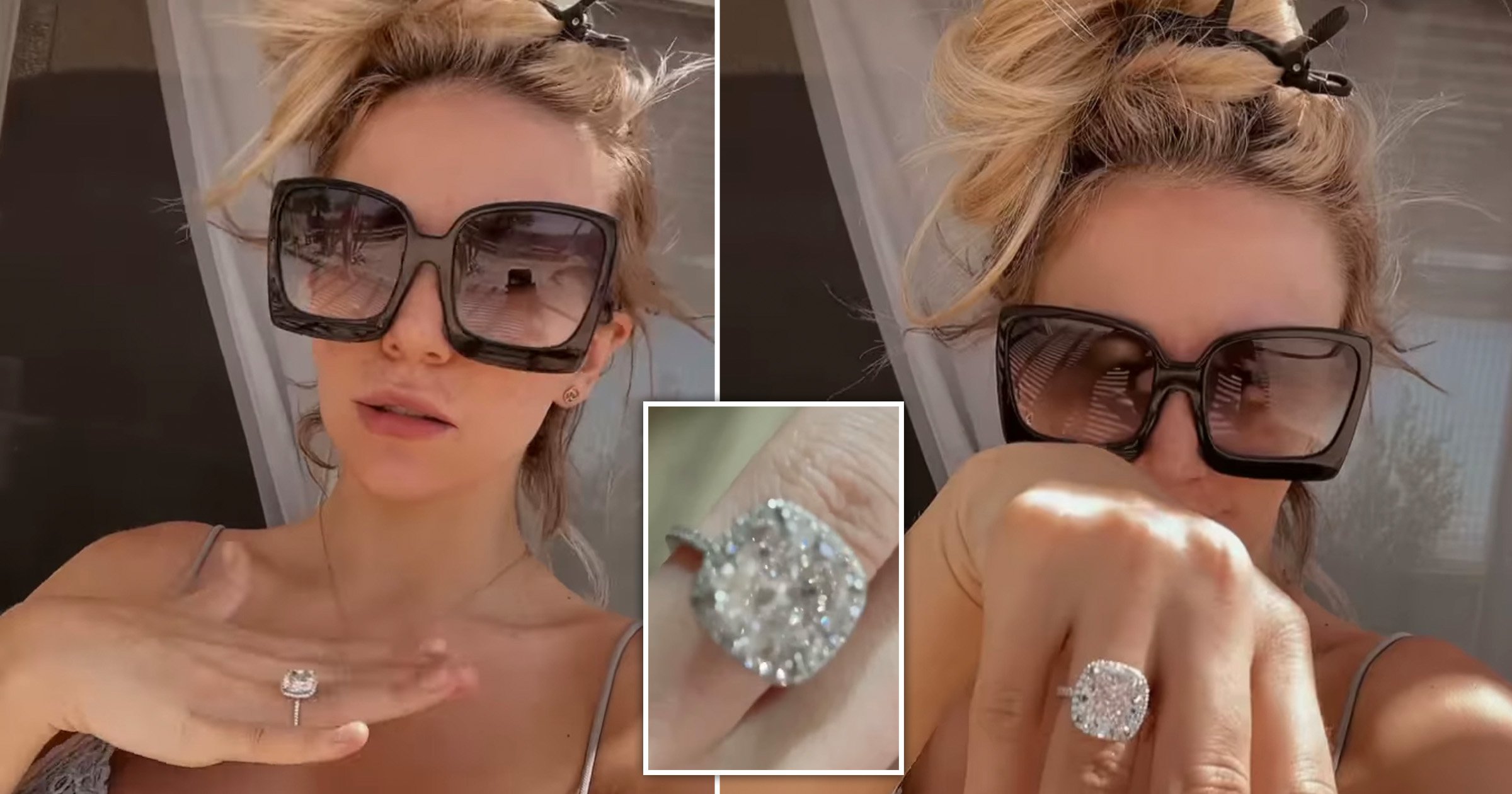 Courtney Stodden has announced they are engaged and received a huge sparkling diamond ring to mark the special occasion.

The reality TV star, who recently came out as non-binary, shared the exciting news with their Instagram followers on Sunday, taking a selfie video flashing their engagement ring.

‘I said yes …OH and the ring made me gag it’s so beautiful 🔥😍💎 #engaged #stopasianhate #diamondsareagirlsbestfriend,’ Courtney captioned the announcement.

Courtney did not mention who proposed but they reportedly confirmed to Fox News that their new fiance is their longtime boyfriend Chris Sheng.

The 26-year-old has been dating Chris since 2017 and opened up about their romance in March 2020.

‘It isn’t easy to believe in love. It’s hard for me to completely open up to him and trust. I’m constantly pulling back and criticising everything about everything.

In a statement confirming their engagement, Courtney said: ‘I never thought I’d get married again but here I am.’

It was in reference to their former highly-publicised marriage to Green Mile actor Doug Hutchinson.

The pair famously married in 2011 when Courtney was aged 16 and Doug aged 51. They split in 2013 briefly before reconciling and renewing their wedding vows.

In 2016, it was announced that Courtney was pregnant with their first child but they later miscarried.

Two years later, Courtney filed for divorce from Doug a year after they split and it was finalised in January 2020.