Country singer Tom T. Hall, who wrote Harper Valley PTA and was known as the consummate blue collar bard, dies at 85 in Tennessee

His son, Dean Hall, confirmed the musician’s death at the age of 85 on Friday at his home in Franklin, Tennessee.

Known as The Storyteller for his unadorned yet incisive lyrics, Hall composed hundreds of songs after beginning his career in the 1960s. 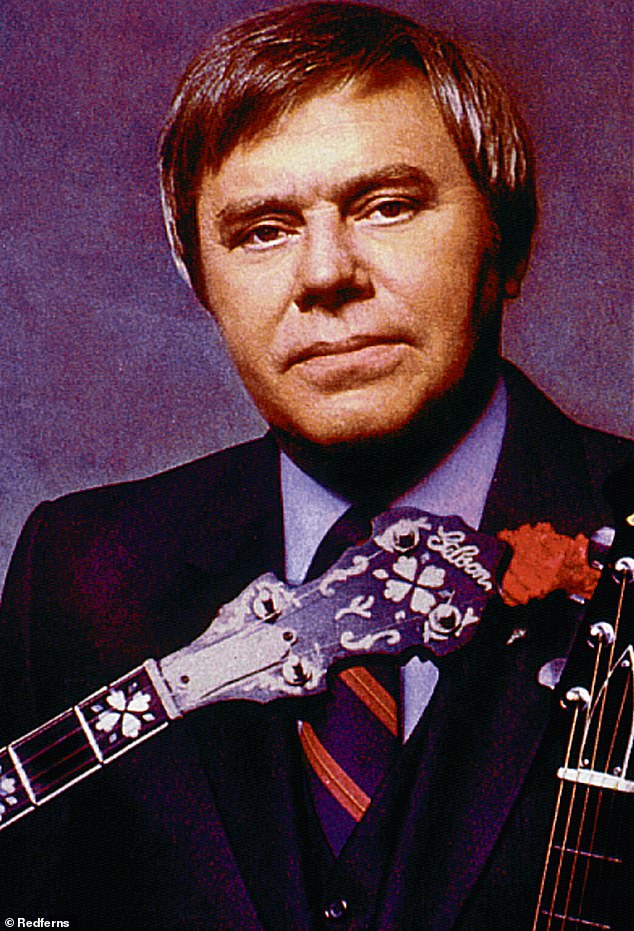 Along with such contemporaries as Kris Kristofferson, John Hartford and Mickey Newbury, Hall helped usher in a literary era of country music in the early ´70s.

His songs ranged from the political, like Watergate Blues and The Monkey That Became President, deeply personal like The Year Clayton Delaney Died, and philosophical like (Old Dogs, Children and) Watermelon Wine.

‘In all my writing, I’ve never made judgments,’ he said in 1986. ‘I think that’s my secret. I’m a witness. I just watch everything and don´t decide if it’s good or bad.’

Singer-songwriter Jason Isbell performed Hall’s song Mama Bake A Pie (Daddy Kill A Chicken) when Hall was inducted into the Songwriters Hall of Fame in 2019. 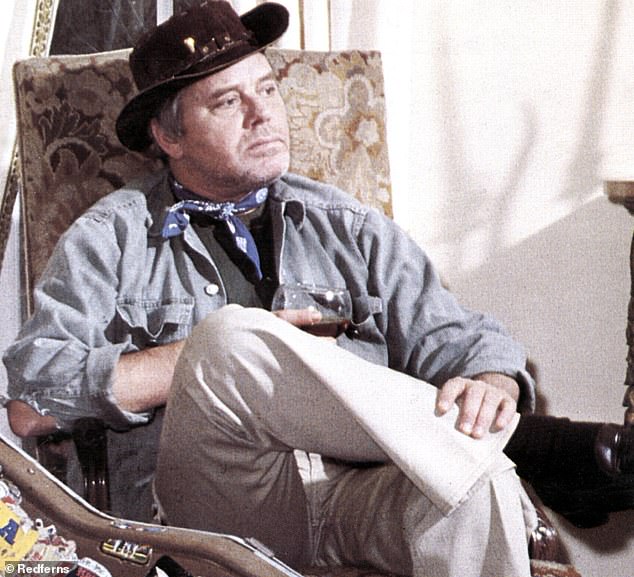 Throwback: His son, Dean Hall, confirmed the musician’s death at the age of 85 on Friday at his home in Franklin, Tennessee; Tom is pictured in 1968

‘The simplest words that told the most complicated stories. Felt like Tom T. just caught the songs as they floated by, but I know he carved them out of rock,’ Isbell tweeted on Friday in response to the singer’s death.

Hall, the fourth son of an ordained minister, was born near Olive Hill, Kentucky, in a log cabin built by his grandfather. He started playing guitar at age 4 and wrote his first song by the time he was 9.

Hall began playing in a bluegrass band, but when that failed to amount to a career he started working as a disc jockey in Morehead, Kentucky.

He joined the U.S. Army in 1957 for four years including an assignment in Germany, then to writing when he got back stateside and was discovered by Nashville publisher Jimmy Key. 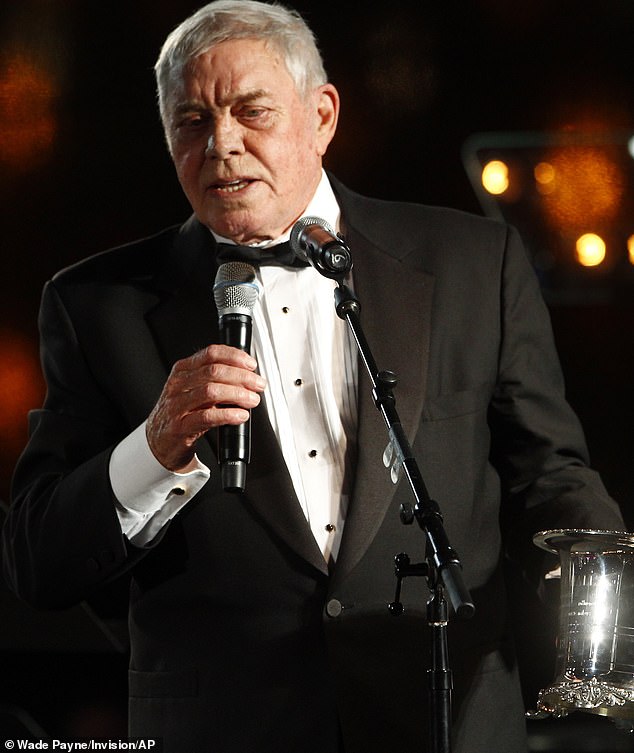 Trouper: After beginning his career in the 1960s he continued singing well into old age as at this performance at the 2012 BMI Country Awards in Nashville

Hall settled in Nashville in 1964 and first established himself making $50 a week writing songs for such names as Jimmy C. Newman, Dave Dudley and Johnny Wright.

Eventually he had so many songs in his repertoire that he began singing them himself, and when he landed a recording contract he was given the middle initial T in order to make his name catchier.

The witty, feisty song about a mother telling a group of busybodies to mind their own business became a No. 1 country and pop hit, selling millions of copies. 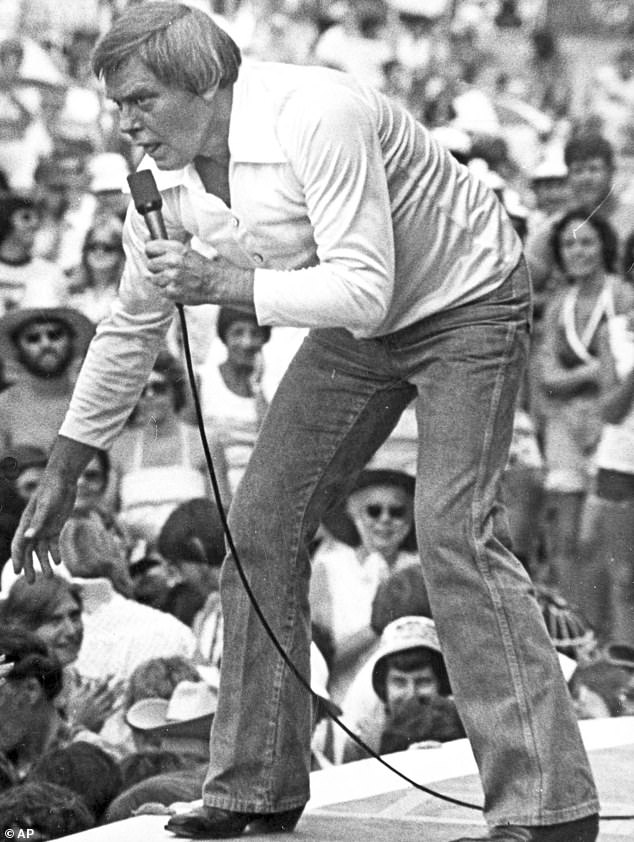 Icon: Tom is pictured on stage at the Jamboree In The Hills near St. Clairsville, Ohio in 1977

Riley won a Grammy for best female country vocal performance and an award for single of the year from the Country Music Association.

The story was so popular it even spawned a comedy movie of the same name and a television series, both starring Barbara Eden of I Dream Of Jeannie fame.

‘Suddenly, it was the talk of the country,’ Hall told The Associated Press in 1986. ‘It became a catch phrase. You’d flip the radio dial and hear it four or five times in 10 minutes. It was the most awesome time of my life; I caused all this stir.’

His own career took off after that song and he had a string of hits with Ballad of Forty Dollars (which also was recorded by Johnny Cash and Waylon Jennings); his first career No. 1 hit A Week in a Country Jail, and Homecoming, in the late 1960s. 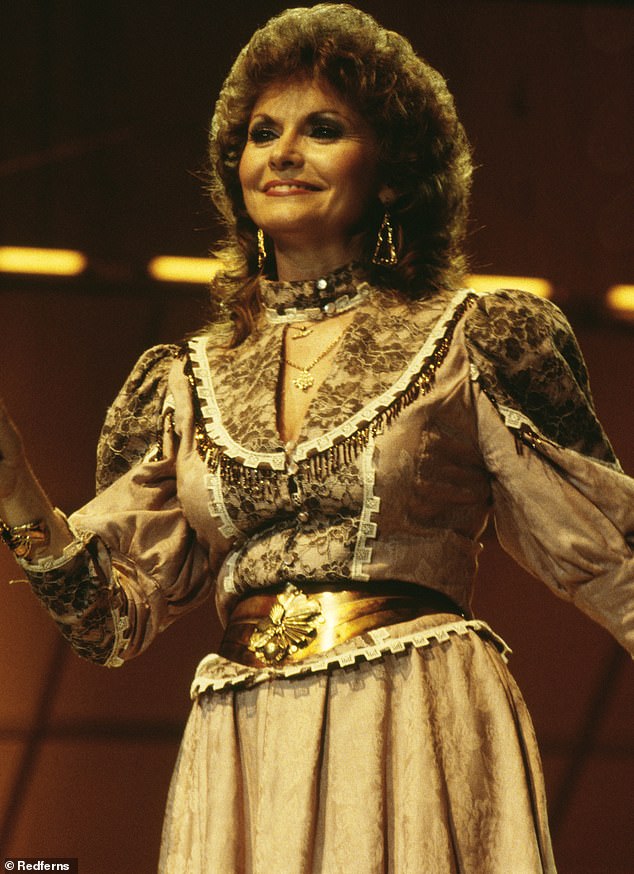 Golden girl: His breakthrough was writing Harper Valley PTA, a 1968 international hit about small-town hypocrisy recorded by Jeannie C. Riley who is pictured at Wembley in 1982

Throughout the 1970s, Hall became one of Nashville’s biggest singer-songwriters, with multiple hit songs including I Love, Country Is, I Care, I Like Beer, and Faster Horses (The Cowboy and The Poet.) He was inducted into the Nashville Songwriters Hall of Fame in 1978.

‘Tom T. Hall’s masterworks vary in plot, tone and tempo, but they are bound by his ceaseless and unyielding empathy for the triumphs and losses of others,’ said Kyle Young, CEO, Country Music Hall of Fame and Museum, in a statement.

‘He wrote without judgment or anger, offering a rhyming journalism of the heart that sets his compositions apart from any other writer.’

Tom also penned songs for children on his records Songs of Fox Hollow (for Children of All Ages) in 1974 and Country Songs for Kids, in 1988. 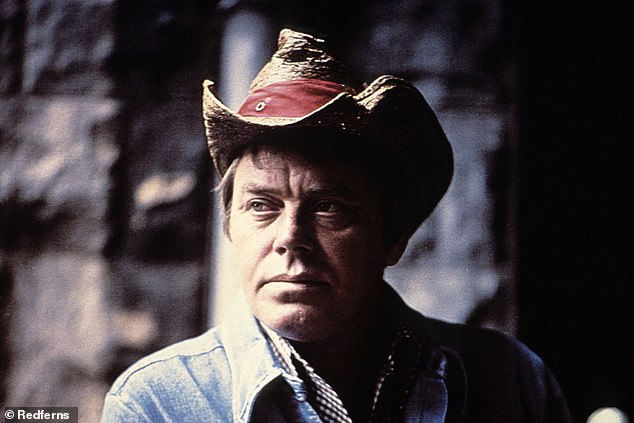 Pictured in 1969: Throughout the 1970s, Hall became one of Nashville’s biggest singer-songwriters, with multiple hit songs including I Love, Country Is, I Care and I Like Beer

He also became an author, writing a book about songwriting, The Songwriter’s Handbook, and an autobiography, The Storyteller’s Nashville as well as fiction novels.

He was host of the syndicated TV show Pop Goes the Country from 1980 to 1983 and even dabbled in politics.

Hall was close to former President Jimmy Carter and Carter´s brother, Billy, when Carter was in the White House. Tennessee Democrats urged Hall to run for governor in 1982, but he declined.

For his 1985 album Songs in a Seashell, he spent six months walking up and down Southern beaches to get inspiration for the summer mood of the LP. 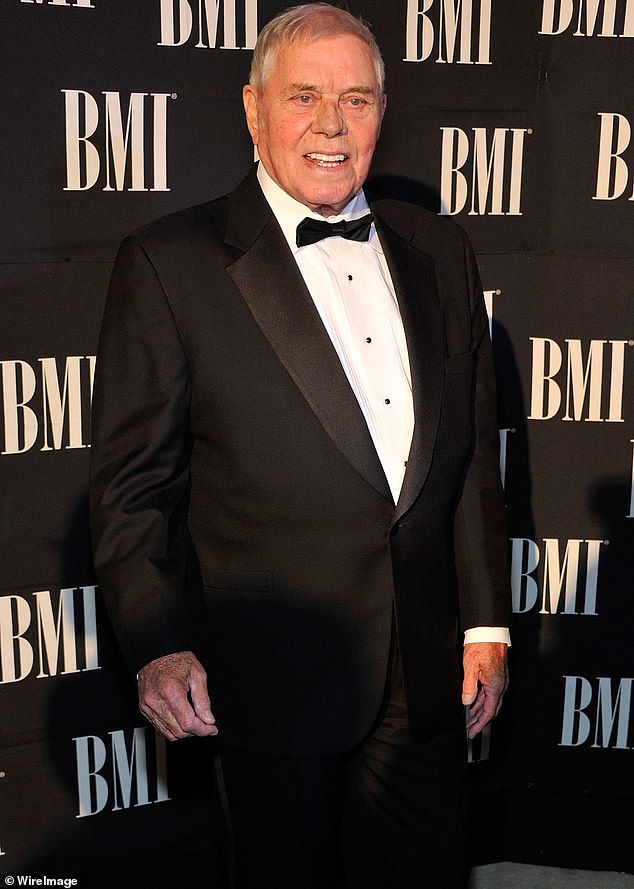 Nine years ago: He was inducted in the Country Music Hall of Fame in 2008 and in 2012, he was honored as the BMI Icon of the year (pictured)

He married English-born songwriter Dixie Deen in 1968, and the two would go on to write hundreds of bluegrass songs after Hall retired from performing in the 1990s.

Their collaborations included All That´s Left which Miranda Lambert covered on her 2014 album, Platinum, and they worked together till Dixie died in 2015.

In 2015, music legend Bob Dylan singled out Hall for some harsh criticism in a rambling speech at a MusiCares event. He called Hall’s song, I Love, ‘a little overcooked,’ and said that the arrival of Kristofferson in Nashville ‘blew ol´ Tom T. Hall´s world apart.’ 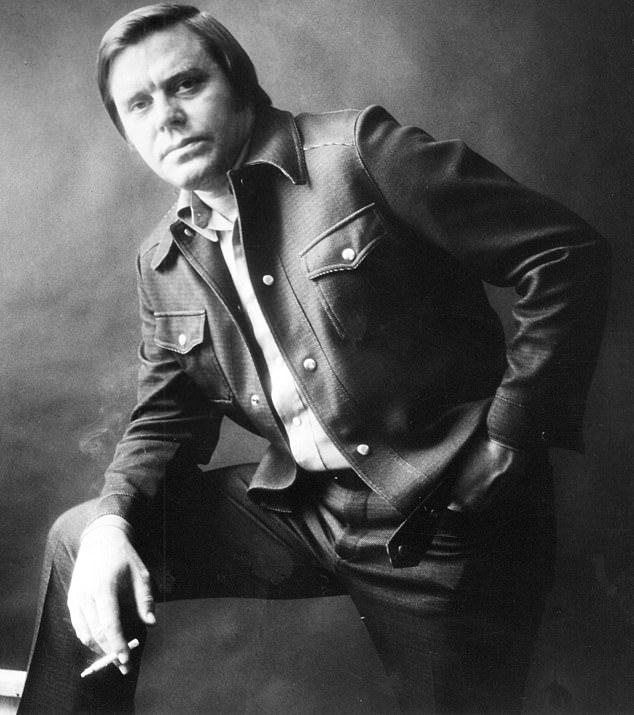 As seen in black and white: Tom, who is pictured circa 1970, was inducted into the Nashville Songwriters Hall of Fame in 1978

The criticism apparently confused Hall, as he considered Kristofferson a friend and a peer, and when asked about Dylan´s comments in an 2016 article for American Songwriter magazine, he responded: ‘What the hell was all that about?’

He was inducted in the Country Music Hall of Fame in 2008 and in 2012, he was honored as the BMI Icon of the year, with artists such as the Avett Brothers, bluegrass stars Daily & Vincent, Toby Keith and Justin Townes Earle paying tribute to the songwriting legend.

‘I think a song is just a song,’ Hall said at the ceremony in 2012. ‘They can do it with all kinds of different bands. It´s just a lyric and a melody. I was talking to Kris Kristofferson one time. They asked him what was country, and he said: “If it sounds country, it´s country.” So that´s my philosophy.’