But gardens were the focus: for some couples, as Kirstie and Phil reminded us, the grounds are more important than the house.

Lockdown has resulted in a surge of people looking to leave cities — and properties with a garden are top of the list.

Kirstie admitted that, in the past, she has wrongly scolded couples for being too hung up on the outside space. ‘How much will you use it? Really?’ she’d bossily demand.

In 2013, Yvonne and Lisa were looking for a place in Norfolk with a garden big enough for Lisa to fulfil her dream of having a ride-on lawnmower. They settled on a chocolate-box, doer-upper cottage, which they refurbished so it looked fabulous.

Liz and John, house-hunting in Derby, were a more typical Location couple. They had been searching for 18 months, had viewed endless properties but none were quite right for fussy Liz’s planned vegetable patch. Kirstie and Phil’s flirty relationship is a big part of the show and we were reminded of it last night in spades. ‘Nice pear, quite firm,’ said Phil as he plucked fruit from a tree with buxom Kirstie standing next to him. 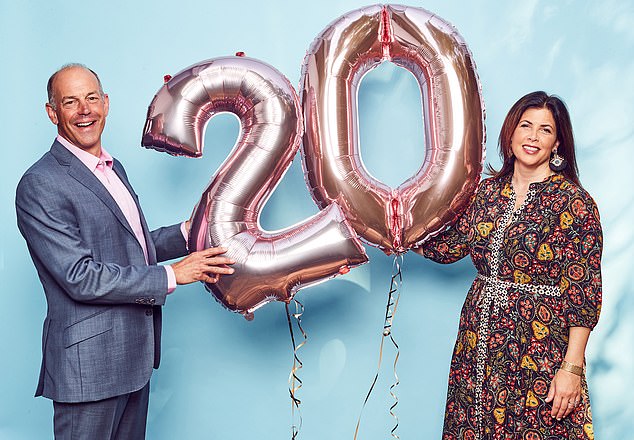 The success of the show lies in our irritation at the wealthy, middle-class couples selling up in London to relocate to the countryside. They aren’t fussy they all insist — as long as the outdoor space is big enough for her to build a garden office and he can keep a ‘crash pad’ flat in London. That’s what we need to get back to, rather than last night’s effort, which was really just a limp repeat.

There was nothing limp about the final instalment of Des (ITV), in which David Tennant continued to excel in his role as serial killer Dennis Nilsen. The show’s climax focused on Nilsen’s trial, in which he unexpectedly entered a plea of not guilty to murder because of diminished responsibility.

It was clear that his plea was more about Nilsen milking his crimes for attention than any desire to lessen his sentence.

Nilsen’s behaviour led to a shift in the relationship between him and his biographer, Brian Masters, whose book, Killing For Company, this series was based on. Masters (played brilliantly by Jason Watkins) revealed to police that Nilsen had filled 52 exercise books when writing to him from his prison cell on remand.

As DCI Peter Jay, Daniel Mays was excellent as the detective who had given his all to the case only to face the prospect of Nilsen being found not guilty.

As the drama revealed, the jury didn’t fall for Nilsen’s act and he was sentenced to life. ‘Murderer of the century’ was how Nilsen wanted to be known. ‘A remorseless coward,’ was Jay’s take.

When Masters’s book was completed, Nilsen gave him another exercise book filled with criticism of it, especially the fact his name didn’t feature in the title.

It’s a given that Tennant’s mantelpiece will be groaning with awards this time next year.

However, Watkins and Mays deserve their share of the plaudits, along with the production team who managed to pull off one of the most impressive and disturbing TV dramas in years.