Chadwick Boseman had secretly battled with colon cancer for four years before his death was announced last weekend. The US actor, 43, was reported to have been undergoing treatment while he filmed ‘Black Panther’ but chose not to divulge it to avoid burdening cast mates. Tributes have flooded in to remember the man who breathed life into the Marvel Universe’s first superhero of African descent King T’Challa. The 2018 blockbuster was a major milestone for the franchise as it starred a predominantly black cast and brought in £1billion at the box office. Since the film’s cinematic debut, parallels can be drawn between the fictional figure from Wakanda and a historical emperor known to have had more wealth than any individual in the world’s existence.

Mansa Musa was the ruler of the Mali empire, in West Africa, for 25 years before his death during the 14th Century – and striking similarities have been drawn that suggest he may have been Marvel’s muse.

His wealth, which came from the nation’s natural resources, was so vast that there is yet to be someone who is deemed to have been worth more than him.

While modern estimates are close to £300billion, historian Rudolph Ware told Time Magazine in 2015: “This is the richest guy anyone has ever seen.

“Imagine as much gold as you think a human being could possess and double it, that’s what all the accounts are trying to communicate.”

It was reported that the during the Muslim leader’s pilgrimage to Mecca, known as the Hajj, he gifted so much gold that it devalued the precious resource and sent Cairo into a 12-year recession.

During his journey, the leader travelled with a 60,000 strong caravan of 1,000 attendants, 100 camels to carry gold and 500 servants all draped in gold. 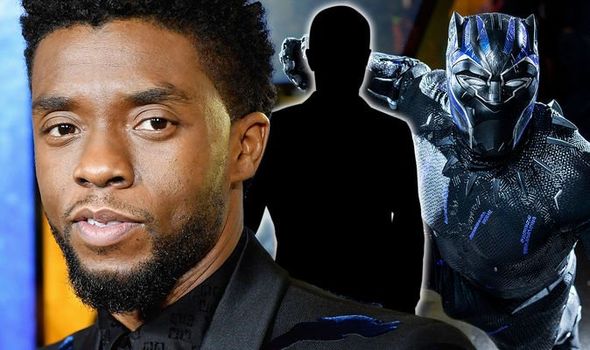 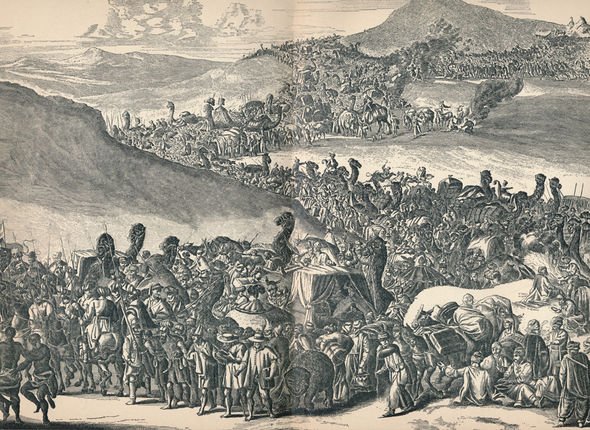 Along the way, Musa donated vast sums – more than had been witnessed in history – to the poor and to aid charitable causes.

Not only that, a 2018 Medium article claimed that he built schools, hospitals and mosques in every country he visited.

In a similar ilk, Black Panther used his nation’s medical advances and resources to assist the outside world.

At the end of the film, the character opened a community centre to allow access to Wakanda and its highly developed health care treatment, technology and knowledge.

The natural resources in Mali were also compared to those in Wakanda, which in the comic books was said to be rich with coal, oil, uranium, diamonds and fictional metal Vibranium – known for its versatility and “unstoppable strength”.

Musa was also believed to have been at the forefront of technological advances, similar to the superhero’s home nation. 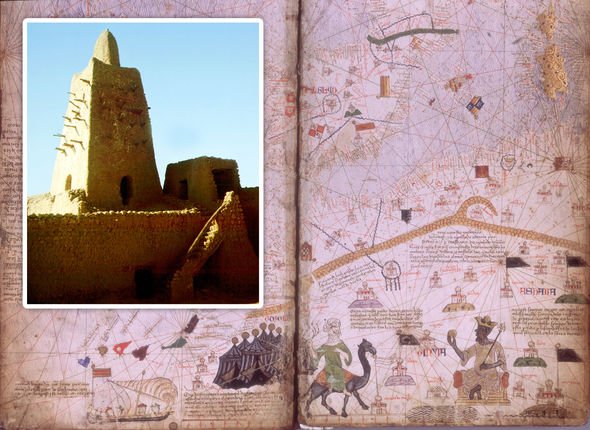 The ruler ordered for the Djinguereber Mosque, one of Africa’s oldest learning centres, to be built in Timbuktu, which still stands today.

The impressive and decorative religious building, which was completed from mudbrick and wood in 1327, was paid for with 12,000 mithkals of gold dust – approximately 72kg today.

But in contrast to Black Panther, Musa’s reign was never challenged because he died 25 years into his reign unlike his alleged fictional counterpart.

However, it’s believed that European countries envied his vast wealth and could have plotted an attempt to kill him to take his nation’s resources.

The subsequent film that was produced with influence from Musa’s reign was said to have helped to carry on the legacy of the rule through its celebration of African culture, according to a 2018 Vibe article. 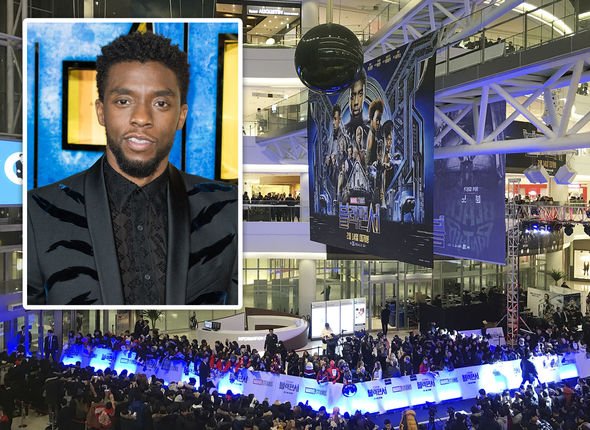 At the premiere, stars donned traditional clothing from the continent and the superhero’s popularity was believed to have paved the way for greater understanding and interest about Africa’s rulers of the past.

They wrote: “Relating the story of Mansa Musa through this popularised context gives the black posterity an avenue to indirectly identify with not only a comic book character, but also a historical, non-fictional king.

“People of colour are using monetary support and displaying the modern existence of the economic powers possessed by Mansa Musa and his fictional counterpart.

“When this notion is internalised, it will allow the few opponents of the movie to accept the film for what it is, and see that –  like Mansa Musa’s pilgrimage – Black Panther has begun to create the inflation needed to showcase the Black Diaspora in a positive light.”

While neither of the comic book’s creators Stan Lee or Jack Kirby confirmed that Black Panther was based-upon this historial hero – many claim the similarities are too great to have not served as inspiration.