BBC Breakfast star Carol Kirkwood, 58, took to Twitter in the early hours of this morning to tell fans about a change she had noticed about her commute. The presenter told her followers she had seen more foxes “on the road” than usual, sparking confusion amongst her fans.

She wrote: “On drive in this morning, there were a lot of foxes on the road.

“Usually see one or two, but this morning saw at least six.”

In response to her post, one user wrote: “I hope you mean out and about and not ‘on the road’.”

Clarifying the context, she replied: “Very much alive J x.” 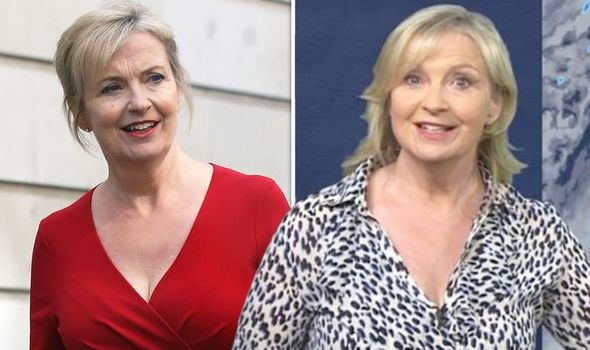 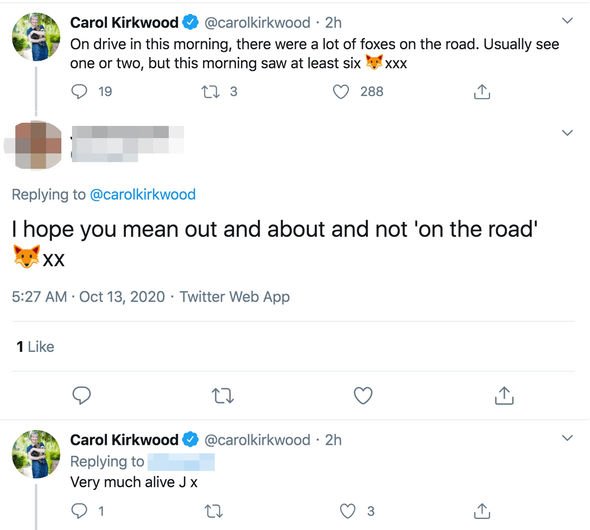 A second commented: “Foxes on the run? sweet,” which appeared to amuse Carol.

A third penned: “Hope they were alive and walking about Carol.”

“Not more than six in a group I hope,” a fourth joked, in reference to the Government’s rule of six amid the coronavirus pandemic.

Carol also kept fans up to date with her music playlist for her car journey. 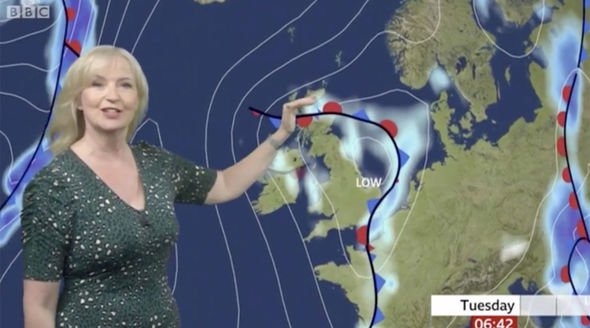 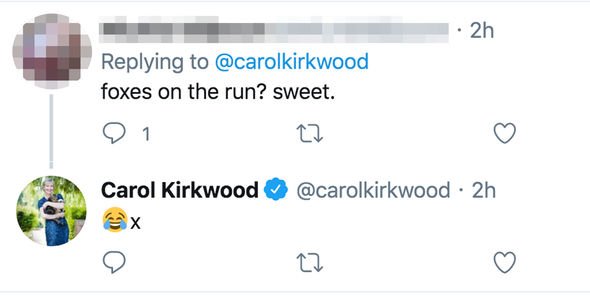 She tweeted: “This morning’s earworm (OLD playlist) is from Salt n Pepa ‘Twist & Shout’… not heard that for a very long time!!xxx.”

Carol’s co-star Dan Walker replied: “I’ve got Needles & Pins by The Searchers in there and have no idea why.”

Meanwhile, the host was back on BBC Breakfast this morning to deliver the latest UK weather forecast.

Carol told viewers to expect a cloudy day ahead with some rain, showers and brisk winds in most parts of the UK.

She also warned it is going to remain chilly but will be a bit drier from tomorrow onwards.

“The great big arc weather front is producing rain at each end in the south and the north.

“It has been producing some rain through the course of the night, nothing too heavy.”

She added: “As we go through the course of the day we see we hang onto a fair bit of cloud.”

Carol went on to say some lucky Britons will experience sunshine, while rain in Scotland will “sink further south” in Northern England.