Carey Mulligan made quite the entrance at the Academy Awards.

The actress arrived to the 2021 ceremony’s red carpet at Union Station in L.A. absolutely glowing, wearing a gold floor-length number from Valentino’s Haute Couture Spring/Summer 2021 collection. Designed as a two-piece skirt set, the sparkling ensemble from the runway was adorned in embellishments that caught the light perfectly. The actress and her stylist Nicky Yates, kept the accessories to a minimum, opting for classic jewelry by Cartier for a subtle accent. 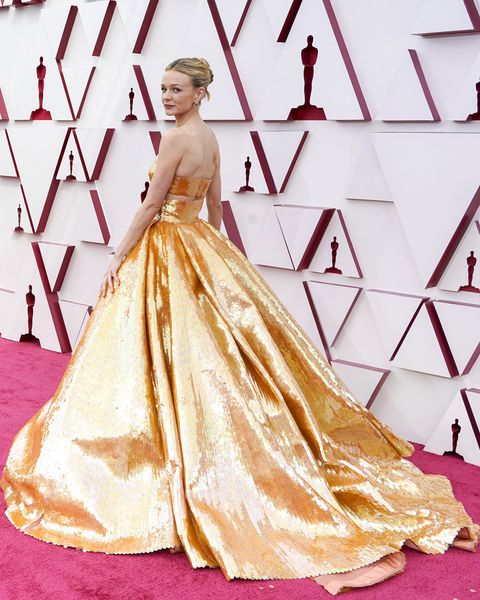 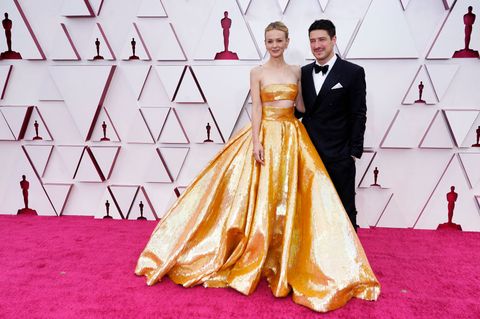 Mulligan showed up ready for a full-on princess moment, with her husband and musician Marcus Mumford, of Mumford and Sons in tow. The famous pair, who have been married since 2012, made a rare but adorable red-carpet appearance at the award show.