Can Social Media and Technology Come to the Rescue in a Pandemic?

I’ve been thinking a lot about how to reassess social media in the midst of this pandemic. Like everyone else, my entire world has moved online. As a longtime critic of social media platforms, especially Facebook, I have to recognize that during this pandemic it has been a lifeline for many.

Good things are happening in between the furious rage-tweeting among media figures and politicians. Social media is providing life-giving connection as well as kindness and compassion at a time when there are almost no other means to communicate — from people sharing positive messages to connecting needy senior citizens with vital resources (from checks to toilet paper) to telling jokes to sharing inspiring anecdotes, recipes or musical talent.

I reached out to the author of a book I was reading when the pandemic, “Ten Arguments for Deleting Your Social Media Accounts Right Now.” Jaron Lanier is an internet philosopher, musician and scientist known for his incisive thinking about what technology can bring to society at its best, and his early assessment of the destructive forces that social media has unleashed.

In his book, Lanier argues that social media platforms like Facebook and Twitter have undermined truth, driven individuals to forfeit free will, sucked the meaning from words themselves, destroyed our collective capacity for empathy and stripped of us of our dignity. And our souls.

“You have the affirmative responsibility to invent and demonstrate ways to live without the crap that is destroying society,” he writes in an introduction updated for 2018. “Quitting is the only way, for now, to learn what can replace our grand mistake.” 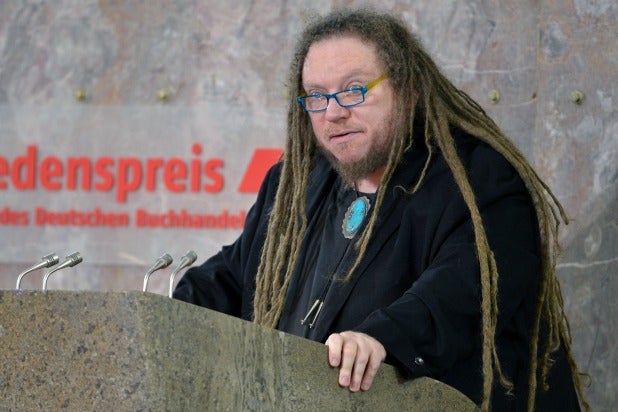 I spoke to Lanier last week from his home in Berkeley  — he had a worrying cough which he said he hoped was not COVID-19. I asked if the pandemic — the great lockdown of 2020 and the shift in how we are using social media — had made him change his mind.

“It’s a hard question,” he allowed. “I do think that in the book I make clear there are a lot of positive experiences, there are good experiences online. Although the preponderance are exploitive and damaging, I do agree that during this period the ratio is different.”

What’s happening now, Lanier said, is social media platforms are responding differently to information about the pandemic than they have to political talk that has garnered so much recent criticism. “There is an element of shame going on. The usual tolerance for destructive communication is lower,” he said. “Companies like Facebook do a somewhat better job of keeping malicious and fake stuff a bit more under control, more than they would for an election.”

Meanwhile, there is a stark recognition among social media regulars that we are dealing with life and death. “Users are coming from a position where things are more real to begin with,” he said. “Is anyone really concerned about how anyone looks in a bikini on Instagram this week? I don’t think so. They’re stuck at home with their kids. The bulls—froth is still there but it’s proportionately less than normal.”

Still, Lanier is keenly aware that technology and specifically social media could be better leveraged to fight the pandemic. He and colleague E. Glen Weyl wrote a fascinating piece about how Taiwan leaned hard into the power of technology and through an alliance of hacker-activists, entrepreneurs, goverment and a government-powered platform, reduced the spread of the virus in unprecedented ways. (Definitely read the full piece here.)

Unlike China and the United States, he wrote, the “vTaiwan digital democracy platform” instituted brilliant innovations that stemmed the pandemic in that small country. Here are two examples: a “Face Mask Map,” a collaboration initiated by an entrepreneur working with the government, provided real-time, location-specific data on mask availability.

“These tools showed where masks were available, but they did more than that,” he wrote. “Citizens were able to reallocate rations through intertemporal trades and donations to those who most needed them, which helped prevent the rise of a black market.”

A second app allowed people to identify where outbreaks were occurring and avoid those places. “Individuals used the platform to share reports, voluntarily and in real time, about symptoms using a variety of media (such as a call-in line and smartphones); this information was quickly verified and collated,” he wrote. “It was a common-sense design that encouraged proactive behavior. Users who worried about exposure limited their subsequent interactions to protect others.”

Here in the U.S., we are tragically far away from common-sense coalitions that would combine government leadership and technological prowess to confront this pandemic more quickly, alleviate suffering and deploy resources most efficiently.

Lanier lamented that we seem so far from a response like the one in Taiwan. “For the first time we have a connected information system and we weren’t able to use it to prevent spread of this infection — that’s a gigantic failure,” he said. “That should be the first thing the internet is good for.”