Britney Spears kissed a girl and she liked it! The singer was all smiles remembering her infamous lip lock with Madonna at the VMAs.

Britney Spears has had her share of highly memorable MTV Video Music Award moments. But the pinnacle came when she and Madonna had a prolonged kiss during a performance opening the 2003 show. Eighteen years later, Britney is recalling that moment fondly. She did another “fan Q&A” video on Instagram and said she’d been asked if she ever kissed a girl. “Yes I have kissed a girl and her name is Madonna,” the singer said with a bright smile.

Britney opened the show by singing Madonna’s “Like a Virgin,” coming out of a wedding cake and dressed as a sexy bride, just like Madonna did in her infamous 1987 VMAs performance. Christina Aguilera then joined her onstage for the song before Madonna appeared and launched into her then-new single “Hollywood.” During the performance she leaned over and locked lips with Britney, as the camera cut away to her recent ex Justin Timberlake‘s stunned reaction in the audience. It was definitely one of the top five VMA moments ever!

The 39-year-old then went on to answer other “fan questions” in the March 12 video — even though the comments section was filled with people saying no one ever asked any of them and the only question they do have is is Britney okay? Brit revealed that “My dream car is probably a Bentley. I’ve never owned one or driven in one, but it’s definitely my dream car.” Sadly, with her conservatorship Brintey’s finances are overseen by her dad and the wealth management company Bessemer Trust.  That means the “Toxic” singer likely can’t go out and purchase a Bentley for herself, despite Forbes estimating her net worth as of Feb. 2021 being $60 million.

Britney then moved on and said, “Number two is have I ever fallen onstage. Yes. I was on tour — the Dream within a Dream tour — and I had rain boots on and there was a rain sequence and I slid across the whole stage and I embarrassed myself in front of of thousands of people, and it was pretty embarrassing,” referring to an incident way back during her 2002 North American tour. Brit also revealed to fans that her favorite Halloween costume was when she went as a fairy one year. 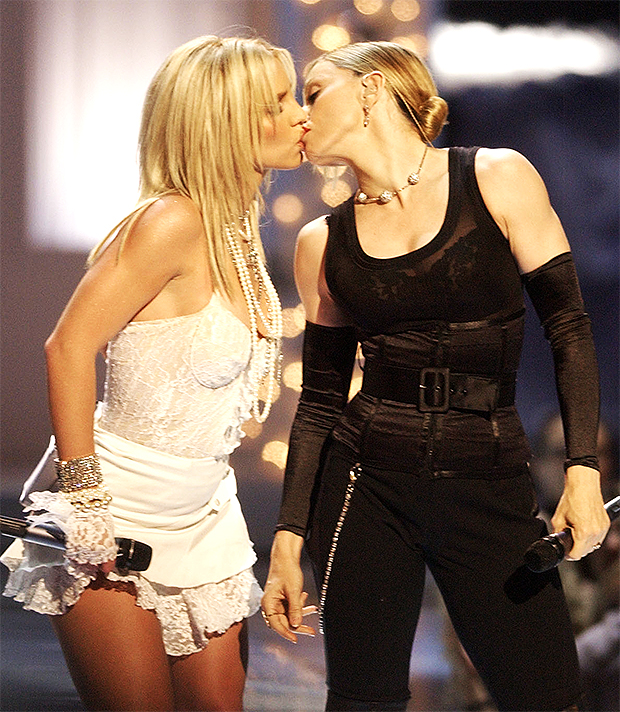 Britney has done several other videos where she’s answered alleged questions from fans, and every time the comments fill up with people asking where she got the queries from. User @nickisawthis wrote, “I’ve never seen anyone ask these questions in the comments,” as @valeriaistheone asked, “Who told you that these were our questions?” User @andrewcuccaro added, “We have been asking many questions, but none of these are them. Stay safe, queen.”

Fan @brittneyannpeter told the singer, “Our first main question is ARE YOU OKAY?” as @thefightforbeauty wrote, “Britney, the only question we are asking is ARE YOU OKAY?! We love you.” The singer looked pretty in a see-through long sleeve lace shirt with a tan bra underneath. But her voice seemed to shake at times and she appeared a little nervous. Britney’s fans love her so much and desperately look for signs that she’s alright amid the drama involving her conservatorship battle with her father.