Brendan O’Carroll, 64, and wife Jennifer Gibney, 55, are kept busy not only appearing in Mrs Brown’s boys and now All Round to Mrs Brown’s but also creating new material for the beloved Brown’s characters.

On the show, Brendan takes on the role of Agnes Brown and Jennifer plays his onscreen daughter Cathy Brown.

Although at first Brendan wasn’t cast to play Agnes, he told Lorraine on her show of how he was filling in for the lead role while they were off with a kidney infection.

He said: “I thought I would do her lines and then when she was better we would dub her lines in,

“So just for authenticity, I did that voice, that Mrs Brown’s voice and when it went to the edit it was the editor who said, ‘Who’s that actress playing Mrs Brown?’ and I said, “Don’t be ridiculous. That’s me.” 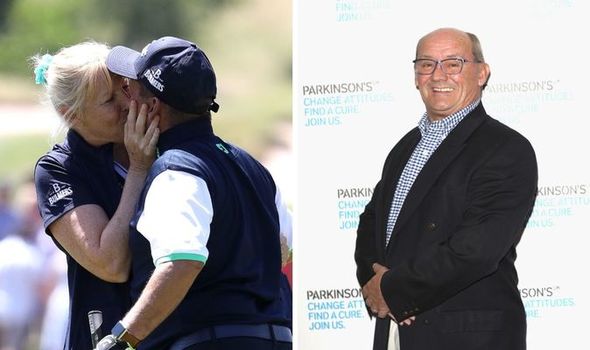 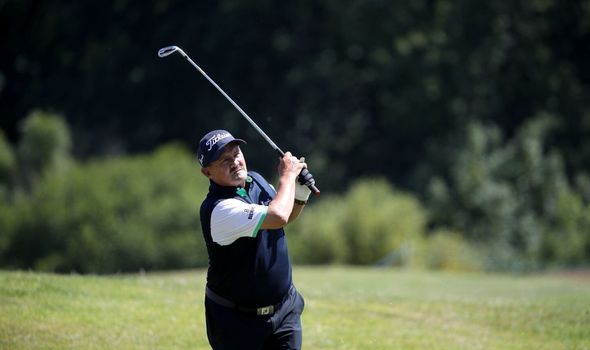 But the comedic actor spoke of how the drag persona helps his celeb guests to open up.

Brendan said: “They get so disarmed by this old woman talking to them.”

When the pair are not on the show together the couple has revealed how they like to escape from the TV spotlight.

Jennifer told the Express.co.uk: “We love golf, it’s our escape. When we’re at home we play golf most days. 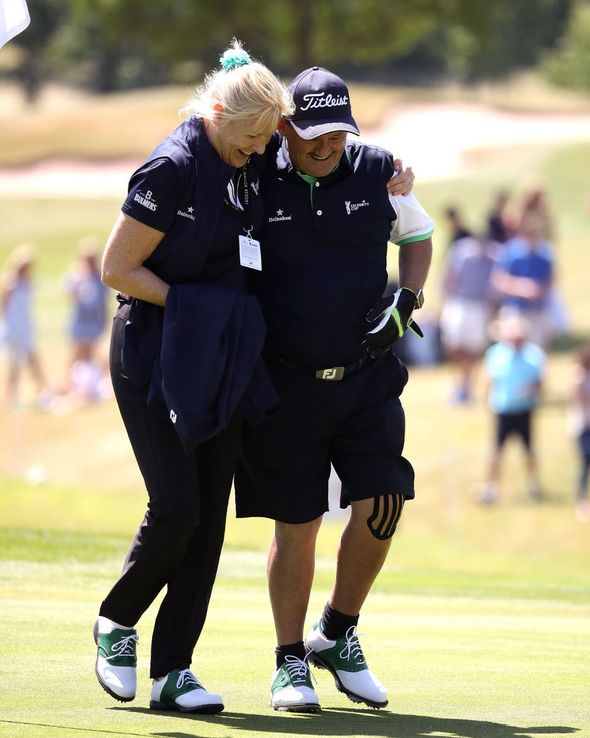 “It’s one of the few places you can go and people know you’re unavailable on the phone or by email.”

Jennifer admitted the couple can get quite competitive against one another: “We give each other a run for our money, I’m a little bit competitive with him.”

Jennifer also spoke about how she “has to be careful” when filming with husband Brendan as he can “mischievous.”

She added: “He is very mischievous and makes everybody laugh.

“I have to be particularly careful because some people can laugh and get on with the scene.

“If I start to laugh it could be five minutes before I recover.

“So, I have to try really hard but obviously because he’s my husband he knows how to get me and he usually gets me with physical gestures.”

Jennifer defined the physical gestures as Brendan mimicking her movements, she added: “He’ll start to imitate everything I do, so if I flick my hair, he flicks his hair.” 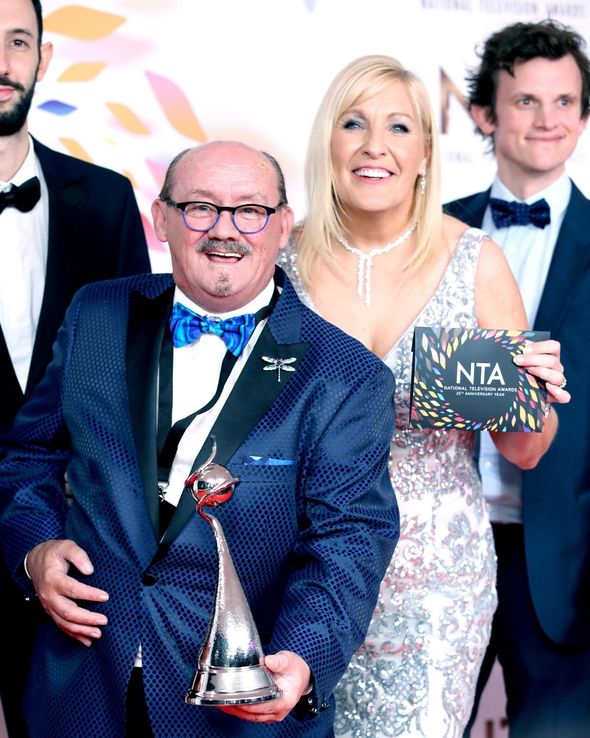 But while the couples may have good times on set the couple have also admitted they sometimes fall out while working together.

Jennifer told the Metro while they may fight it never affects their work.

She said: “It doesn’t matter, you can be shouting at each other right when you walk through the door, and then as soon as you get on the stage, it’s never ever brought on stage.”

All Round to Mrs Brown’s is on BBC One at 9.15pm tonight