The 67-year-old actor plays Captain Wade Malloy, who along with a group of orphaned Mexican boys and their guardian Omar (Jimmy Gonzales), enter into the world’s biggest fishing tournament to save their orphanage.

“I really like playing real people… to tell you the truth even more [than fictional],” Quaid told Fox News while promoting the film.

“[When] I read books, I’d rather read fact [over] fiction and this story… it’s the story of a miracle that happened. And when you’re doing a movie about a real person, you can’t say ‘Ohhh, all this would never happen,’ because it did!” he added.

Quaid said he was drawn to the “arc of this character.” 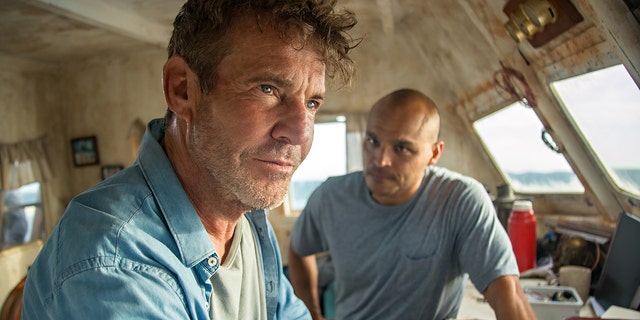 “You know, rather than just playing somebody who’s the same… there’s a growth in him because he starts out rather jaded with these kids. [They] really taught him something. He was looking for redemption [and] he didn’t even know it,” Quaid described.

Meanwhile, Gonzales was attracted to the story’s larger age-old theme of not judging a book by its cover as Malloy and Omar learn to work together.

The actor said he’s applied the same lesson to his own life. “Yeah, that’s happened actually quite a few times in my life, you know, and every time I come away from that, those kinds of experiences, I realized my own limitations based on my perceptions or through first impressions when I spend more time with [the person],” he reflected.

Gonzales added, “This is part of the reason I love filmmaking… that you get thrown together with a bunch of different people that you normally wouldn’t and you get to know them on a pretty intimate basis.”