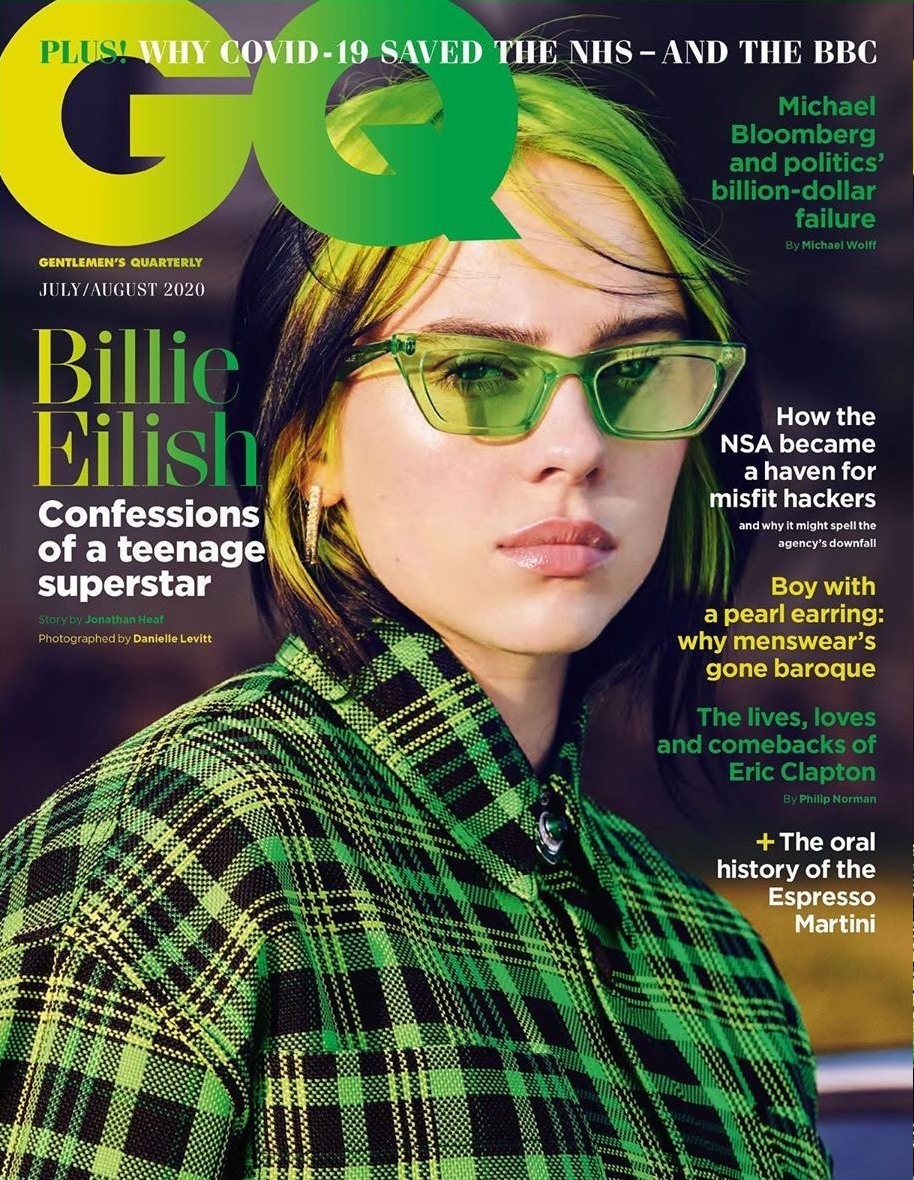 You know what I’m over? Epic, twenty-page profiles of Billie Eilish specifically. I like Billie, I think she’s “grown up” a lot just in the past year, and I enjoy that she talks in a real way about body image and teen depression and feeling like an outcast. But for the love of God, the girl is a normal 18 years old! No magazine needs to devote *this much* space to her rambling teenage thoughts, especially when she says mostly the same thing in interview after interview. Maybe it’s a temporary thing – I think Billie and her team just said “yes” to too many interview requests after she swept the Grammys, which led to at least five major magazine cover profiles which are nearly identical in content. So it is with this stupidly long interview in British GQ. Billie speaks about being home-schooled (shocking), body image, music genres and more. Some highlights:

On Tyler the Creator arguing that there’s racism in how music genres are categorized: “I have always hated categories. I hate when people say, ‘Oh, you look like “blank”. You sound like “blank”.’ It was such a cool thing Tyler said. I agree with him about that term. Don’t judge an artist off the way someone looks or the way someone dresses. Wasn’t Lizzo in the Best R&B category that night? I mean, she’s more pop than I am. Look, if I wasn’t white I would probably be in ‘rap’. Why? They just judge from what you look like and what they know. I think that is weird. The world wants to put you into a box; I’ve had it my whole career. Just because I am a white teenage female I am pop. Where am I pop? What part of my music sounds like pop?

Whether she’s experimented: “I’ve had alcohol, sure, but it’s not good. It’s never been interesting to me. When I was younger, people would try to pressure me into doing stuff, but it would make me want to do it less. I saw people get drunk and they just disappeared in front of me, becoming something else. I went through a week of thinking smoking would be cool, but then… no. Also, my lungs are beautiful. F–king beautiful, dog.”

On fame & social media now: “I don’t watch people’s [Instagram] Stories, I quit Twitter a couple of years ago, I look at the occasional meme and I feel bad that I don’t post more, as the fans want it, but I have nothing to post. Honestly. Zip. The thing I realised recently is this: when you get to a certain level of fame or notoriety, it doesn’t matter what you say or do, you are a certain level of known. You will be super hated. And super loved. There are a million people who don’t like Beyoncé – and I don’t know how the hell you can’t love Beyoncé. Same with Rihanna. Same with Trump – people actually like that fool! How can you like this man? But everyone is hated and everyone is loved.”

Whether she’s more accepting of her body now: “I don’t know about that. I definitely didn’t want it to come off as, ‘Oh, now I am 18 now I like my body.’ I still have huge issues with my own body… Here’s a bomb for you: I have never felt desired. My past boyfriends never made me feel desired. None of them. And it’s a big thing in my life that I feel I have never been physically desired by somebody. So I dress the way I dress as I don’t like to think of you guys – I mean anyone, everyone – judging it, or the size of it. But that doesn’t mean that I won’t wake up one day and decide to wear a tank top, which I have done before.” And when she does do that how does it make her feel? “Well, I do that and suddenly my boobs are trending on Twitter. Which is fine – that sh-t looks good.

She IS pop. But Tyler the Creator is pop too. She’s not rap. But yeah, those music genres/categories are racist, end of. And I’m glad that she talks about not liking drugs and alcohol and such – she seems like a prime candidate for someone who would self-medicate that way, and I feel like that would be part of her growing up and learning process too. Still, I’m glad that she’s not doing that sh-t right now. As for not feeling desired… I get that. I didn’t really feel like I was at her age as well? It’s because guys that age are idiots. 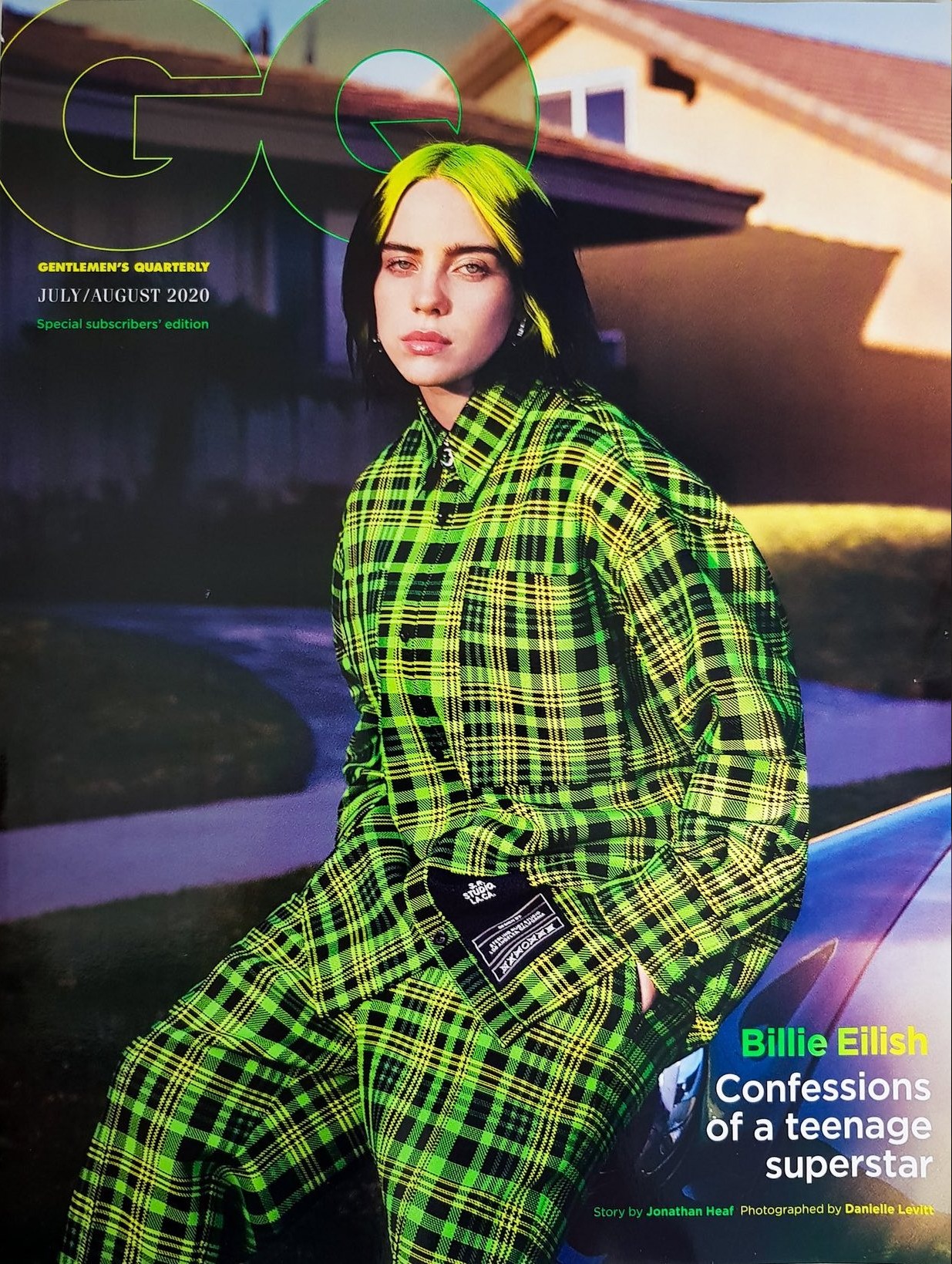