Ben Shephard, 46, has admitted the evidence that points towards him being the Badger on The Masked Singer 2021 is “damning”. The Tipping Point host took to Twitter to address the speculation after both Heart FM presenter Mark Wright and his Good Morning Britain co-star Lorraine Kelly quizzed him on the subject.

Ben penned alongside a clip of him being interviewed by Mark on-air: First @reallorraine now @MarkWright_and @thisisheart gonna be honest this looks pretty damning.

“But is it???!?! @MaskedSingerUK,” the presenter teased alongside several badger emojis.

During his radio interview last night, Mark told Ben at the start of their chat: “You’re laughing… You know what’s coming… It sounds already like I’m catching you out!” 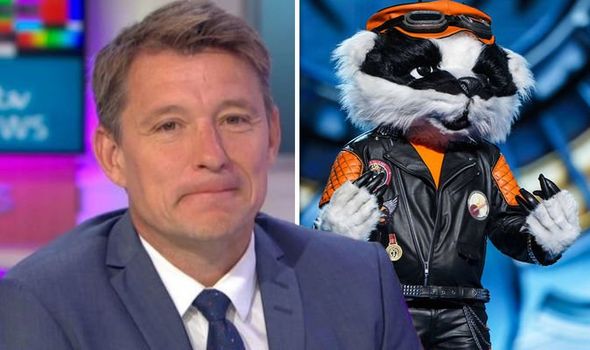