Editors note: On the one-year anniversary of George Floyd’s murder by Minneapolis police, renowned civil rights attorney and Floyd family lawyer Ben Crump examines the history and the legacy of that horrific day in a guest column for Deadline.

Today, on the one-year anniversary of George Floyd’s horrific death, it’s worth remembering that from the moment Black people set foot on American soil, we had a price tag attached to our backs. Black lives had value only as the property of their owners, as a source of labor, and as a means to produce more for the future by bearing children. Black life had no intrinsic value. Our worth came only from our work, as we spent the whole of our lives in fields, doing back-breaking and inhumane labor, finding solace only in praising The Lord with our brothers and sisters.

Emancipation liberated us from the confines of literal slavery, but it failed to provide Black lives the true worth endowed by our maker. The evidence of this failure is all around us. It is no longer a hushed secret that Black people are wantonly gunned down by law enforcement on a seemingly daily basis. There are more hashtags than most can count as the list of Black lives struck down at the hands of police officers continues to grow, even after the global outrage that was provoked by the death of George Floyd, which we solemnly recognize one year later, today. 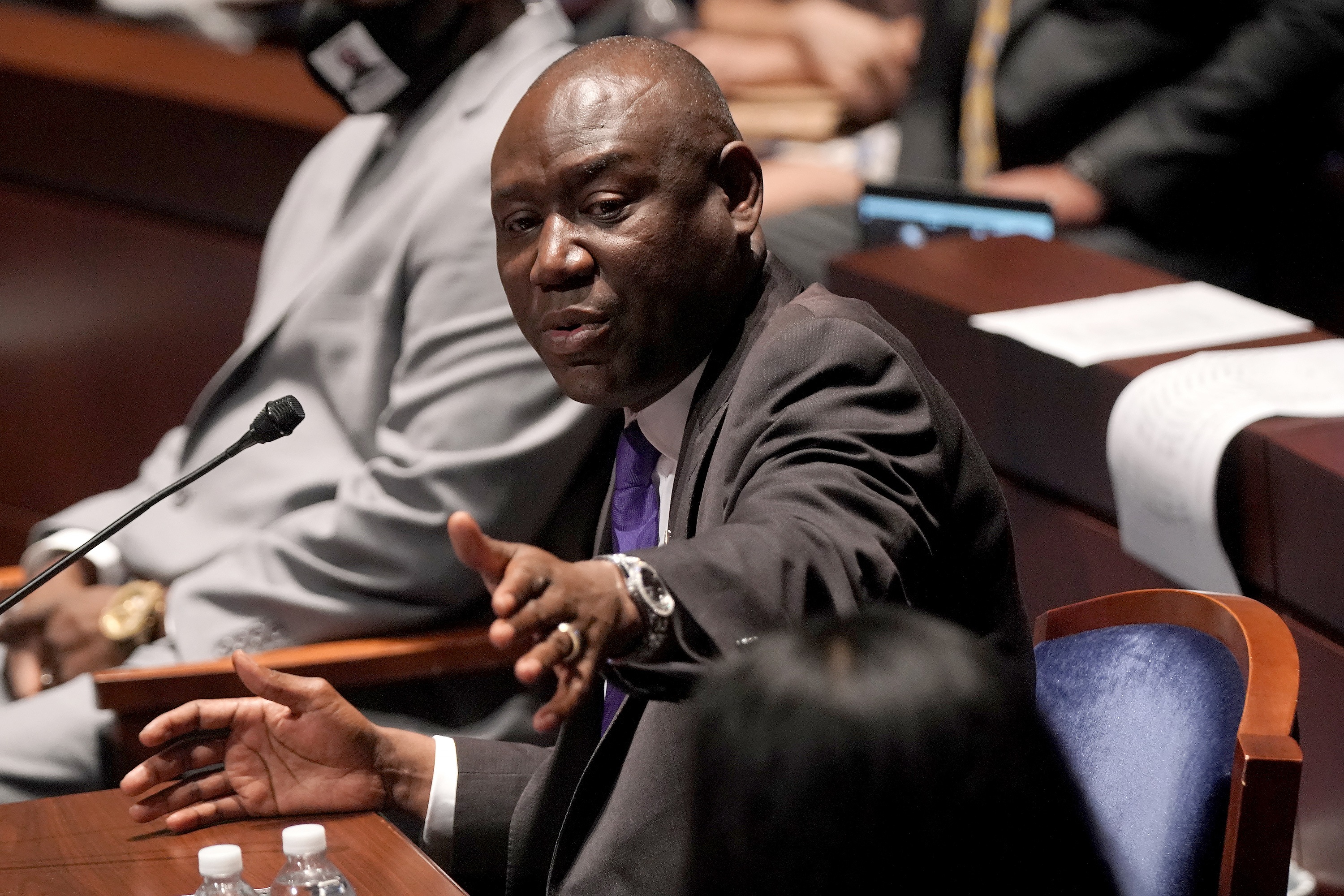 The Black Lives Matter movement is premised on the simple declaration that Black lives, like all lives, matter, but too often Black life is treated as disposable and those who extinguish it face limited or no consequences. How do we correct that? Changing hearts and minds is a lengthy, stubborn and often fruitless process. But the American justice system offers a remedy — civil justice, which attaches an actual monetary value for lost life. Of course, no amount of money can replace the loss of a human being, but civil justice can have the effect of making it financially prohibitive for organizations to continue to kill our Black brothers and sisters. I wish that public outrage alone would change the toxic police culture that gave rise to an officer kneeling on a Black man’s neck for over nine minutes, slowly choking the life out of him while three other officers assisted. It won’t. But having to pay a family millions of dollars just might.

I have done everything in my power to raise the value of Black life everywhere I go in America. The $27 million settlement paid by the City of Minneapolis in George Floyd’s death was the highest pre-trial settlement in the death of a Black man at the hands of a white law enforcement officer in American history. The $12 million settlement paid by the City of Louisville to the family of Breonna Taylor was the largest settlement for the death of a Black woman at the hands of the police in American history. Most recently, the City of Columbus settled with the family of Andre Hill for $10 million, which is the largest settlement ever to be paid by that city.

These cases assert that Black lives do, in fact, matter. They do have value. And they can’t be taken without great consequence. Multimillion-dollar civil settlements have the potential to overcome entrenched and powerful police unions, government apathy, and political opposition to drive lasting and long-overdue police reforms. When a law enforcement officer kills a Black person without justification in 2021, rest assured it will not be swept under a rug. The police culture that enabled that killing will be exposed to a national spotlight and come under microscopic scrutiny, exposing the flaws in its training, policies and protocols.

This path to justice and reform extends beyond law enforcement to any organization that systematically undervalues Black life, whether a government like Flint that poisoned its people with lead-laced water to save money, or a company like Gopher Resource that knowingly exposed its workers, their families, and the largely Black residents living around its plant to toxic conditions. These organizations may be looking for ways to cut costs or raise profits, but the avenging sword of civil justice renders it a poor financial proposition to undervalue Black lives. I hope that every large settlement my co-counsel and I reach serves as a stark warning that Black lives are worth more than those who would harm them can afford.

The threat of civil justice, coupled with the glare of the media spotlight and mass public awareness of injustice, may be the most potent tool we have to effect change and to finally, appropriately value Black life.

Researchers have documented that people of color, especially poor people of color, are less likely to pursue recourse in the civil justice system because of their experiences with injustice in the criminal justice system. But the threat of civil justice, coupled with the glare of the media spotlight and mass public awareness of injustice, may be the most potent tool we have to effect change and to finally, appropriately value Black life.

Today, President Biden will meet with members of the Floyd family — a meeting that we hope will propel forward the push for meaningful legislation in George Floyd’s name to transform policing in America and protect Black lives as other citizens are protected. Black lives do matter. Every one of them is priceless. It’s time for police and our justice system to treat them that way.