Well, we certainly did not see THIS one coming!

Ever since Jennifer Lopez called off her engagement to Alex Rodriguez, there’s been tons of speculation about her personal life.

Is A-Rod really trying to change and win her back? We knew she was getting support from ex-husband Marc Anthony, who has been a great friend and co-parent to her for years. We wondered whether the two might be rekindling the romantic side of their relationship.

But this? This was in a total blindspot for us!

The ex with whom J.Lo seems to be reconnecting lately is none other than Ben Affleck!

Right?! The return of Bennifer! Who could have seen that coming!

We don’t have anything concrete as far as a love connection goes, but what we do have is a jaw-dropping report from Page Six claiming the exes — who are both recently single as Ben recently went through a very public split with Knives Out star Ana De Armas — have been hanging out in secret!

According to their sources, Ben has been seen a few times making a very clandestine trip to his former fiancée’s home in El Lay. Supposedly he’s getting picked up by a white Escalade SUV that’s taking him to Jenny’s block! An witness tells them:

“Security picks him up at a nearby location and drops him off after spending a few hours at her house.”

Here’s the thing: there are photos of Ben getting into the passenger side of a vehicle that meets that description from as recently as Thursday. And while they have not been seen together (clearly by design), based on old pics of J.Lo in her Escalade, it does appear to be the same vehicle, right down to the license plate number! WOW! See those pics HERE btw!

Their sources say this has happened at least three times for sure since she got back from shooting Shotgun Wedding in the Dominican Republic earlier this month. And maybe not just at J.Lo’s home…

Remember how Jennifer had that post-breakup dinner with A-Rod at the Hotel Bel-Air — where they had their first date — and everyone was wondering if it was a hint at reconciliation? Well, according to Page Six‘s witnesses, BEN WAS THERE! Not at the dinner, obviously, but he was spotted at the hotel the day before, being dropped off by — you guessed it — a white SUV.

Now is this a romantic rendezvous? Obviously there’s plenty of reason to keep this secret even if it’s just platonic catching up — we mean, us for a start, LOLz!

And that’s just what the outlet’s sources are telling them is happening, that this is just old friends. Their insiders say:

“They are friends … they’ve never not been.”

Hmm… If that’s the case, why is he going with a backpack?? Man, our heads are spinning here.

Bennifer first started when the stars met on the set of the infamous 2002 flop Gigli. They hit it off right away and ended up getting engaged (with one of the most beautiful engagement rings we’ve ever seen). They eventually split in 2004 when Ben swapped out Jennifers and started dating his Daredevil co-star Jennifer Garner. 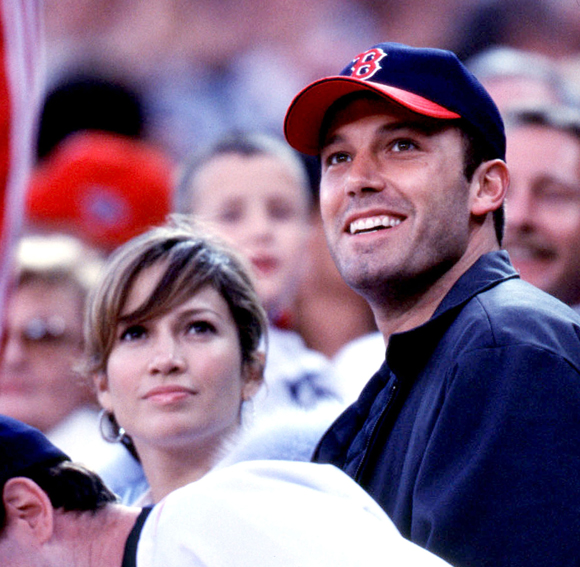 Maybe it’s just exes catching up… for three-and-a-half hour intervals multiple times in a month, in secret meetings involving dropping off cars at hotels and being smuggled into mansions.