When the clock struck midnight, Cinderella got an outfit change.

At last night’s 78th Golden Globes ceremony, Anya Taylor-Joy led best dressed lists everywhere for her emerald-green gown and matching overcoat, courtesy of Dior Haute Couture, and her more than $1 million worth of platinum and diamond jewelry from Tiffany & Co. After winning her first Golden Globe for her performance in Netflix’s The Queen’s Gambit, the actress shimmied into yet another Dior Haute Couture look—this time, a satin, strapless number, complete with a pair of Dior heels. 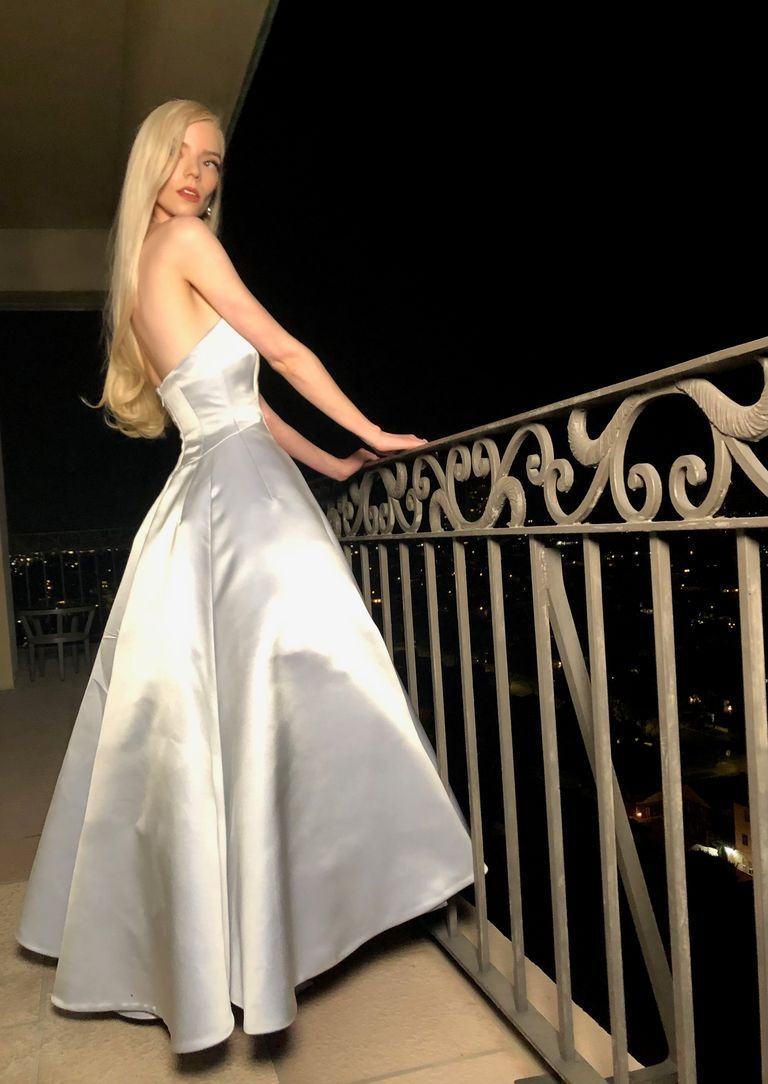 The finished product, custom-made by Dior creative director Maria Grazia Chiuri, took the fashion house’s team upward of 150 hours to craft. With her long blonde hair complementing the dress’s light blue hue, Taylor-Joy channeled the elegance of Tinseltown with the whimsy of a Disney fairy tale.

In an interview with Entertainment Tonight after the awards ceremony, Taylor-Joy addressed the clamor for a second season of The Queen’s Gambit, in which she plays chess prodigy Beth Harmon. “Not to disappoint anybody, but we just never thought about it. It was always a sapling to tree transition. You see her grow, you leave her in a good place. So we were genuinely surprised when people were like, ‘Where’s Season 2?'” said the actress, who was also nominated for her role as the titular character in Emma. “That being said, I adore the entire team that made it and I would jump at the chance to work with them again.”