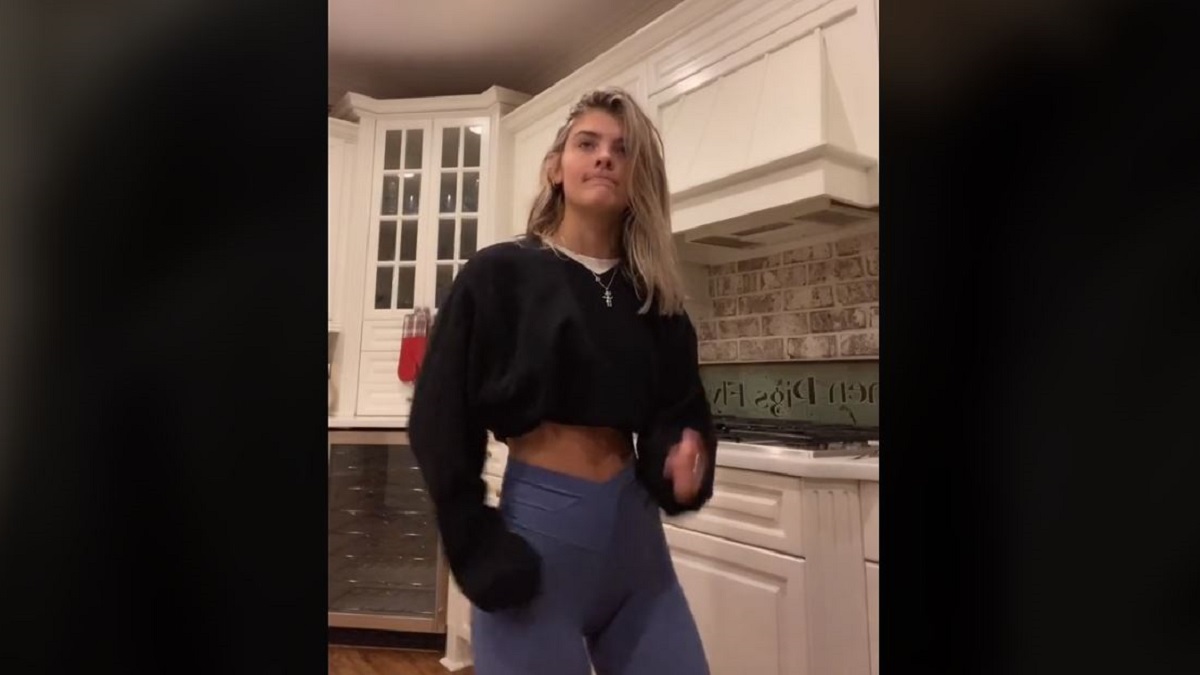 TikTok star Hannah Schlenker sparked an Aerie legging buying frenzy after she appeared in a video wearing a pair.

Schlenker, who has more than 657k followers on TikTok, recently uploaded a video in which she dances to Justin Bieber’s Drummer Boy in her kitchen while wearing a pair of blue Aerie leggings.

The video (see below) went viral on social media with more than 3 million views, 470k likes, and nearly 6k comments.

Fans noticed the tight fitting leggings she wore in the video. Many thought that they flatteringly accentuated her figure and they began inquiring about them.

Responding to the flood of inquiries, Hannah Schlenker told fans that they were Aerie leggings, and soon after, online demand for the leggings hit the roof and they sold out very quickly.

The clothing item took over TikTok and generated a lot of excited chatter on multiple social media platforms, including Twitter.

Some TikTok users posted videos in which they offered glowing reviews of the leggings.

TikTok user Hope Ann Williams uploaded a video where she enthused over the leggings, saying that wearing them gave her confidence she’s never felt before.

“Just look at this,” she said, showing off her figure in the leggings. “Are we kidding… I’m standing here showing you my body and I’ve never felt more confident in my life.”

Aerie leggings are available for purchase here from American Eagle, a clothing and accessories retailer.

The “offline high-waisted leggings” come in various colors and styles and the prices generally range from $20 to $35.

In her viral TikTok video, Schlenker wore the “Offline Real Me High Waisted Crossover” style that features a V-shaped waistband.

The style sold out very quickly, and as of writing, the “Light Bark” snakeskin style made from 88% Nylon and 12% Elastane was available for purchase on the website.

This is not the first time that demand for a clothing item surged due to a TikToks star wearing the item in a viral video.

Several other clothing items, such as tank tops and oversized sweatshirts, were popularised by TikTok stars.

The latest news comes after Monsters and Critics reported that the former Vine star Tasia Alexis Hussey is now on TikTok.

M&C also reported that Frankie Jonas, the youngest and fourth of the Jonas Brothers (aka Bonus Jonas), recently joined TikTok.