A WOMAN captured the terrifying moment she slipped on some ice before being hit by a car, and says that it sums up her 2020.

Tazmin Murkin was making her way to pal Leanne Coleman's car in icy conditions on Sunday, when she took a tumble. 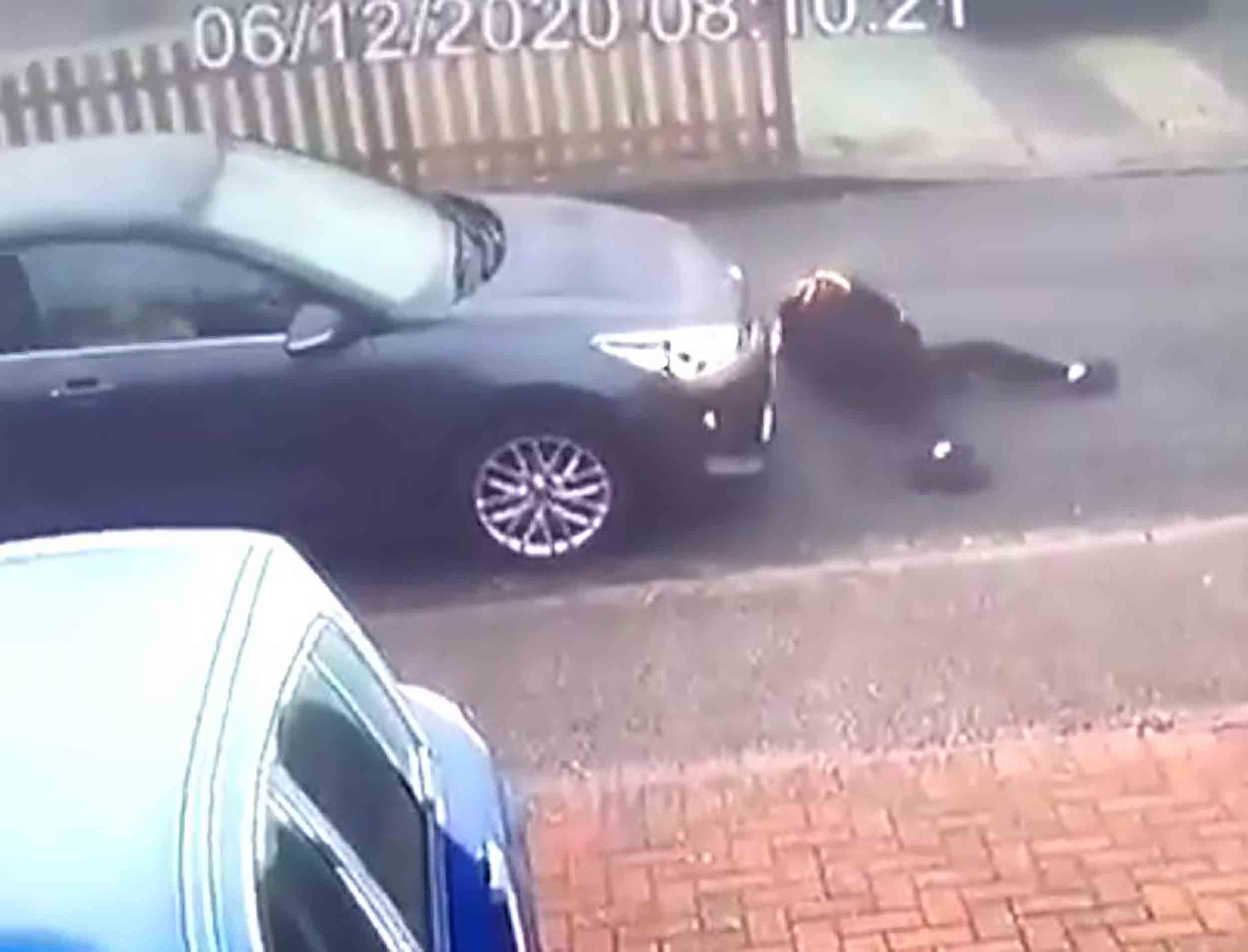 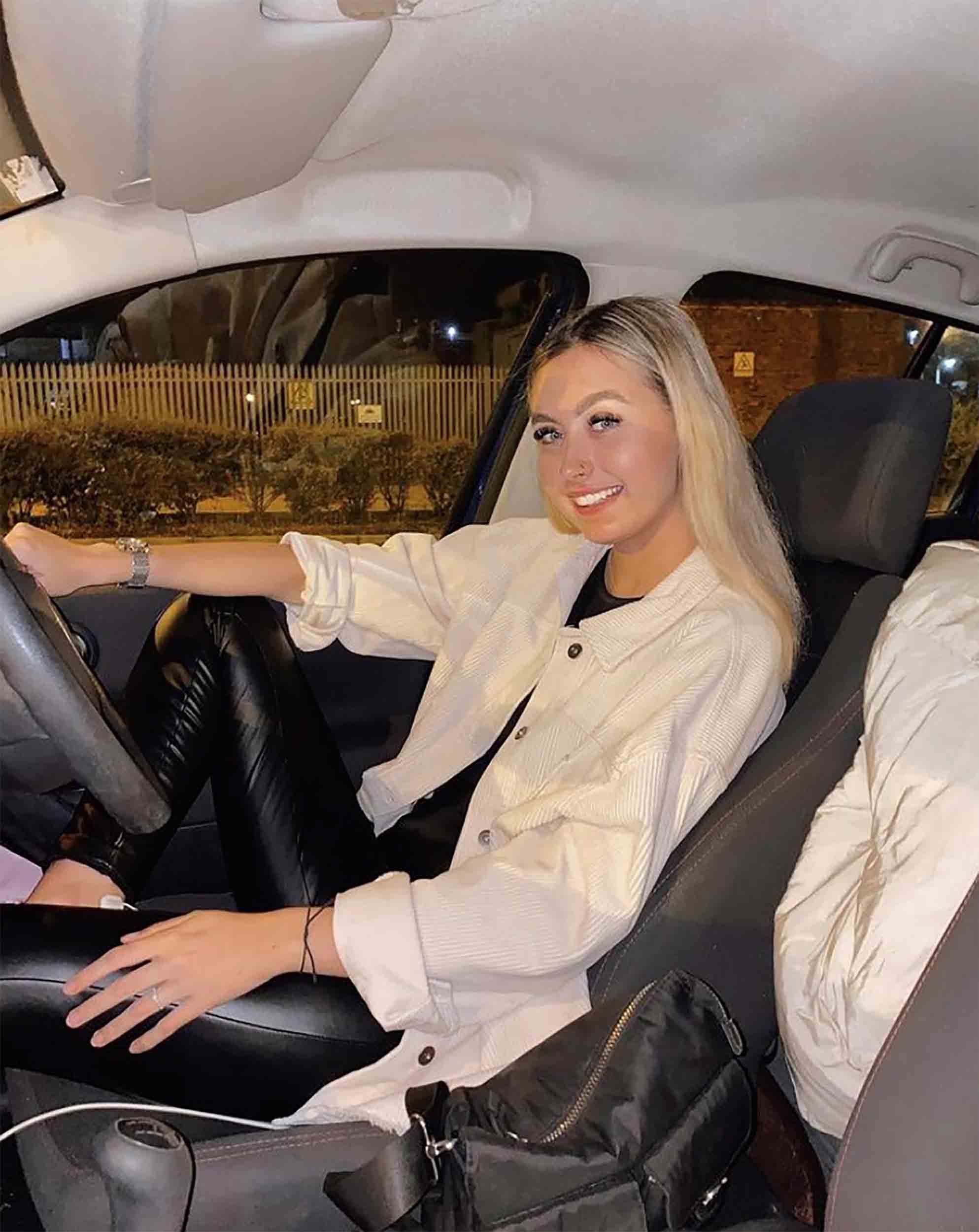 The 23-year-old then had to “army roll” her way to safety, after Leanne got out of her car to help her but forgot to put on her handbrake.

The calamitous scene was captured on CCTV at Leanne's home in Suffolk and has since gone viral after it was shared online.

In the video, Tazmin can be seen pulling into the driveway of Leanne's home as the two prepare to carpool to their work at JD Sports.

Tazmin leaves her car and runs towards Leanne who is parked out in the road. 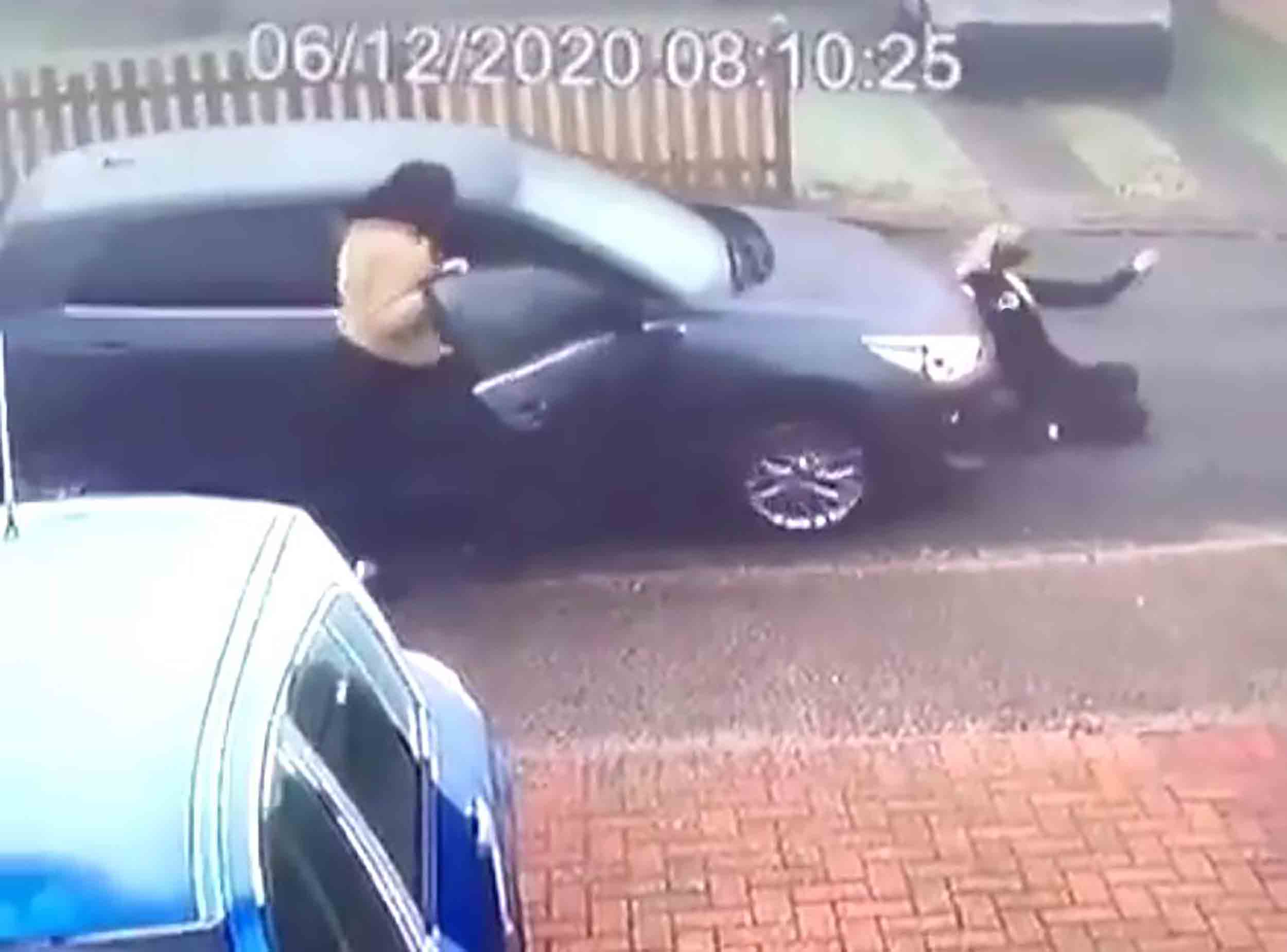 As she runs around the front of the car to enter the passenger door, Tazmin hilariously slips on a patch of ice and is thrown into the air.

Her troubles don't end there however, as Leanne leaves her car to help her friend up but forgets to apply her handbrake.

Tazmin is still lying on the road in front of Leanne's car as it starts to roll right into her, forcing Tazmin to wriggle to safety.

Leanne then quickly clambers back into her vehicle to apply the brakes.

Luckily, Tazmin escaped relatively unscathed and decided to post the video to Twitter saying it "sums up her 2020".

Since sharing, the clip has been viewed over 1.3 million times and left social media users in stitches.

One commented: “A bad year, but you could have left it with the Darwin award .or your mate could have ended the year with a manslaughter charge.”

“It’s the fact she tried to help you but made the situation x100 more dire. Oh bless you” added another.

While a third joked: “That’s a you’ve been framed moment.” 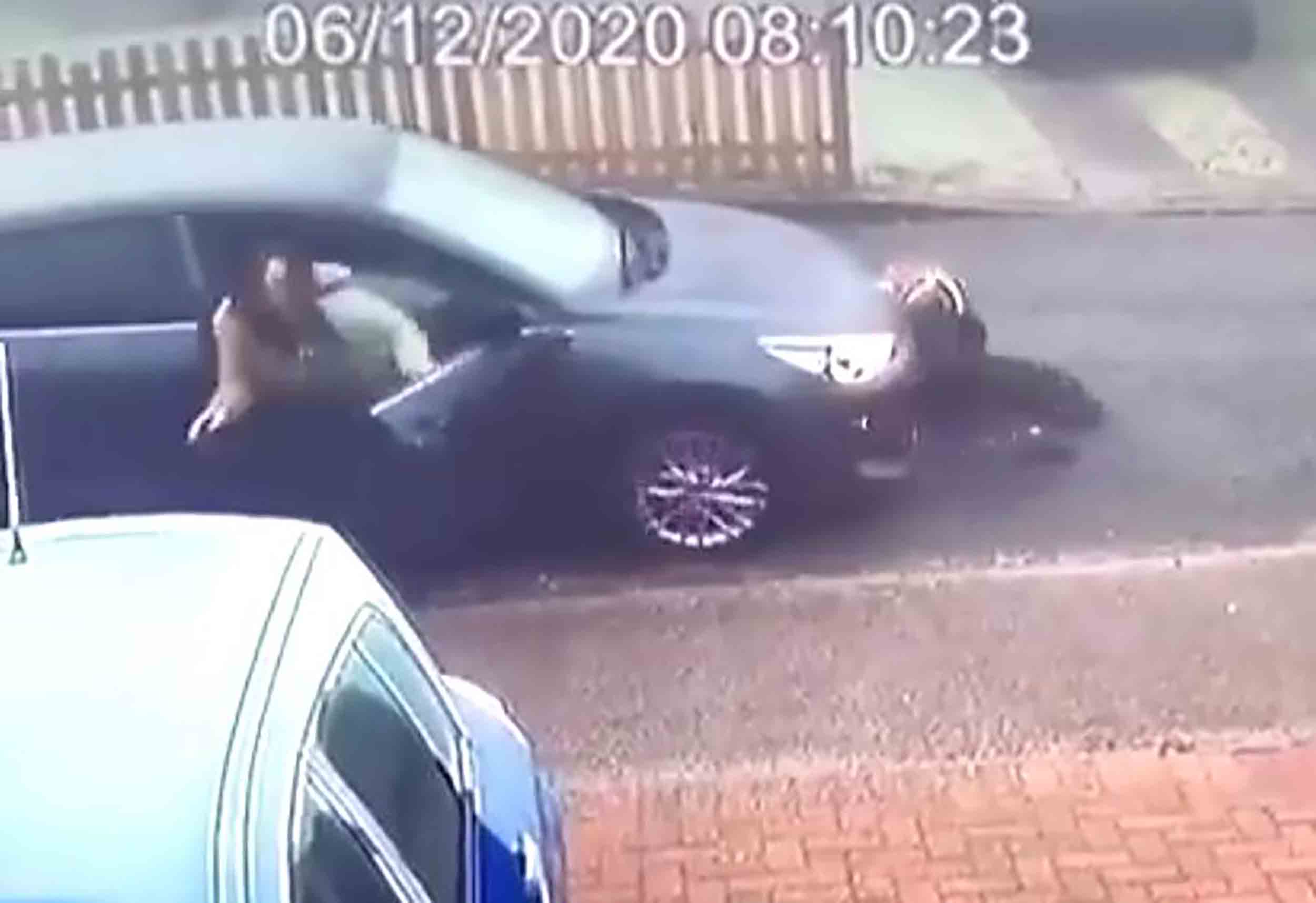 Tazmin said: “I had parked on Leanne’s drive and she was going to drive us to work.

“It was so icy and I just slipped on the ice while running around the car to get in.

“I was on the floor just laughing so much that I had fallen, then because I hadn’t gotten back up straight away, she got out to check on me but forgot to put her hand brake on.

“So the car just started rolling towards me. I tried to get away and had to army roll to the side to get out the way before I was crushed.

“We then spent the next ten minutes just rolling around laughing at the whole situation really, I’ve got a few cuts and bruises but apart from that I am fine.”

In other news, this woman who flogged a "vegan Rampant Rabbit" was booted out of a Facebook group.

And this millionaire matchmaker says women should NEVER talk about sex or football if they want to find love.

Plus this single mum in shock after mystery Samaritan pays off the £160 store card bill she racked up on her kids Christmas gifts.