Get ready for Dior girl summer.

The maison’s Dioriviera concept has arrived in the U.S., open through Labor Day at Rosewood Miramar Beach in Santa Barbara, Calif., one of 18 pop-ups opening at vacation destinations globally this season, as fashion brands chase consumers planning post-pandemic travel.

In an unprecedented takeover at the resort owned by Los Angeles-based retail impresario Rick Caruso, Dior has branded the 80-foot Cabana pool and the bocce court with toile du jouy-covered cabanas, loungers and cushions, and filled a bungalow with toile de jouy resortwear, including Dior surfboards, hammocks and beach chairs, for guests and local VIPs to shop.

Santa Barbara and its Montecito, Calif., suburb have been havens for the wealthy from Hollywood and beyond since the early 19th century. But the pandemic has seen even more A-listers flocking to the coastal enclave, including Prince Harry and Meghan Markle, who bought a $14.7 million home in Montecito in 2020, power couple Katy Perry and Orlando Bloom, Netflix boss Ted Sarandos, pop star Ariana Grande, Goop guru Gwyneth Paltrow, and actress and dancer duo Natalie Portman and Benjamin Millepied — in addition to longtime residents Oprah, Ellen DeGeneres, Kevin Costner, Carol Burnett and Rob Lowe.

“For me, Santa Barbara is also one of the soap operas we saw on TV in the ‘80s and early ‘90s — the cleverest of all those produced in the United States,” said Dior creative director Maria Grazia-Chiuri, musing on the pop culture resonance of the seaside destination 90 miles north of L.A. (Indeed, “Santa Barbara” the TV show, starring Robin Wright, sold the image of California to the world from 1984 to 1993, and with the ex-royals in the mix, it could be time for a revival.)

Stores Reopen for Shoppers in LA and NYC

The enduring popularity of the seaside enclave, and the Miramar, which has a popular private club on site and 51 weddings booked through the rest of the year, created a captive audience — and an opportunity for Dior.

Dioriviera began as a small pop-up store and beach capsule collection in Mykonos, Greece, in 2018, as part of the trend of luxury brands courting consumers with temporary locations in holiday locales.

It has since evolved into an important part of the business, blossoming into a full summer collection with special souvenir pieces, such as “California” and “Los Angeles” sailor tops. It’s also become a showcase for the brand’s burgeoning home category, with the signature toile patterns splashed on pillows, candles and stationery.

Dior-on-the-American Riviera is one of 18 activations planned for the season, including Beverly Hills Riviera from June 25 to Sept. 13 and Soho Riviera from May 28 to Aug. 20, as well as 11 pop-up locations spanning Europe and Asia.

The expansion comes at a time when Dior is helping to power growth at parent company LVMH Moët Hennessy Louis Vuitton, which reported first-quarter results with sales in the key fashion and leather goods division rising 52 percent year-over-year.

“The Dioriviera pop-up stores…are designed to surprise, offering our customers a unique encounter specific to this ephemeral universe, and at the same time they reinterpret the house’s iconic codes,” said Pietro Beccari, chairman and chief executive officer of Christian Dior Couture, describing the shopping experience the visual teams create as “a summer-like bubble.”

Both regular and new customers are drawn to the events, he said, declining to share sales figures. “The chosen locations — all exceptional destinations, from Capri and Porto Cervo to Forte dei Marmi, Saint-Tropez and Portofino, to name just a few — make dreamlike backdrops for an art de vivre that transcends fashion,” Beccari said.

At the pool on Wednesday afternoon, while the Dior team was at work making over the cabanas in toile, guests were already clamoring for a taste. “Can we shop a preview? We love a preview,” said Kiley Anderson, visiting from L.A. on a girls’ trip, flagging down one of the employees.

“Their branding is some of the best I’ve seen, down to the scoreboard for the bocce ball,” said Caruso, who opened the Miramar in 2019, adding his first hotel to a portfolio that includes The Grove, The Americana, Palisades Village and Calabasas Commons shopping centers.

“I’ve always been a believer in the intersection of retail and hospitality; it’s been one of the important pieces of our company. We’ve noticed over the last two years and during the pandemic, the elevated clientele visiting the [Miramar] property wants to buy beautiful, nicer product. We had good intuition when we opened The Webster here. It broadens the experience at the property and it makes it more fun and interesting. I’m excited about it and it clearly tells me there is a strong market for luxury fashion in Montecito,” Caruso said, sharing that he will be adding more retail and possibly another restaurant to the hotel.

As the pandemic has started to ease, at least in some parts of the world, and consumers have set their sights on travel after lockdown, retail partnerships between hotels and fashion brands have been ramping up.

“The luxury traveler has the financial means to go wherever they want,” said travel industry analyst Henry Harteveldt of Atmosphere Research Group, noting that five-star properties have seen bookings recover fastest, with some already booked for Christmas 2022. “The competition for guests is intense, and hotel owners are looking for ways to distinguish themselves. To partner with a design house like Dior also gives you the credibility of that brand.” 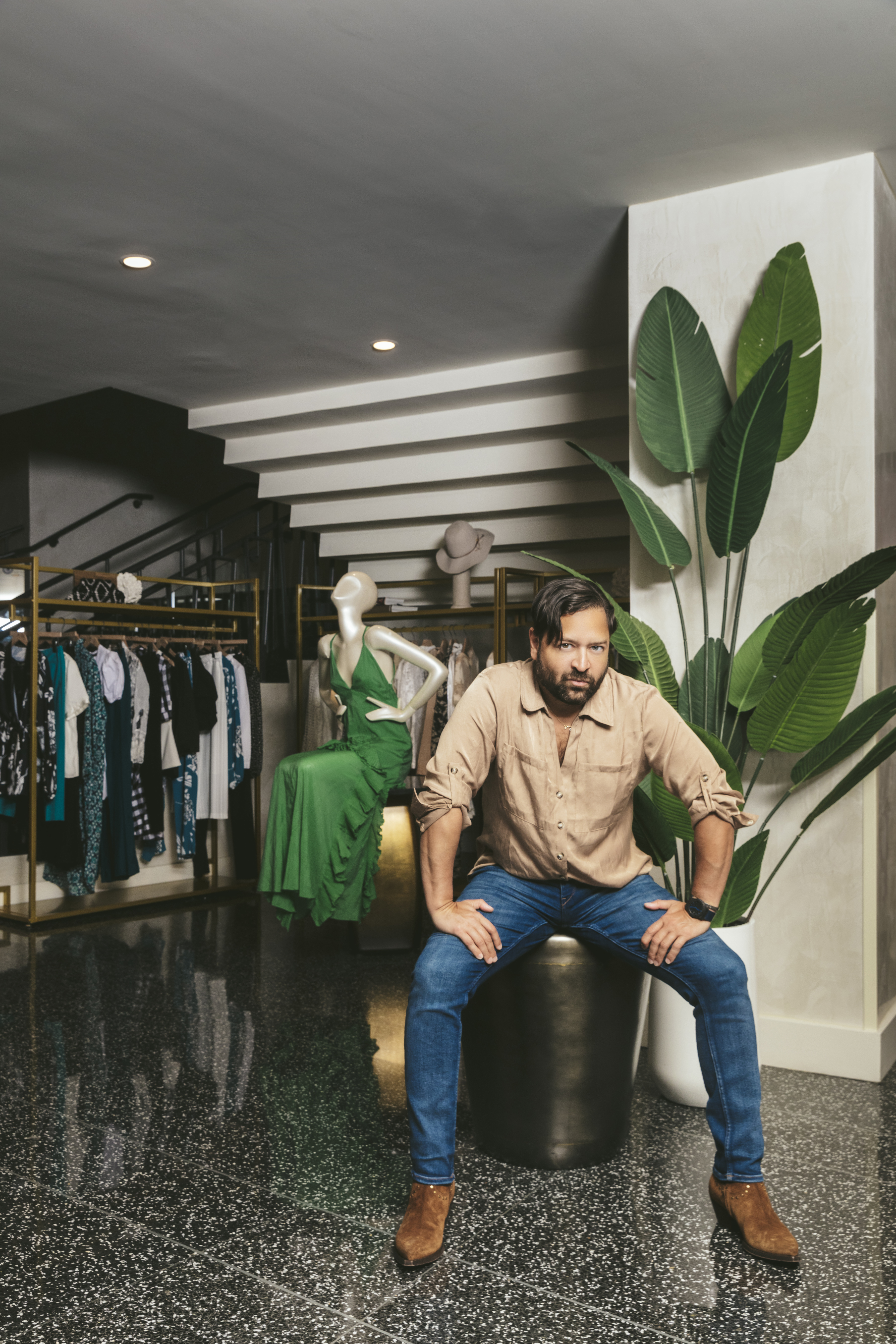 For fashion brands vying for attention in the COVID-19 landscape where store traffic remains challenged, opening at a luxury resort is a no-brainer.

“It’s about creating those unexpected moments outside of the four walls of traditional retail,” said designer Alvin Valley, who is popping up for three months at the Ritz-Carlton South Beach, this summer, where he is selling the “chic but comfortable” dresses women are asking for now, not the pants that were once his hallmark.

“Come for lunch, stay for shopping. Or just come for shopping. We welcome anyone,” said Ritz-Carlton South Beach marketing director Cynthia Boyett, who began the retail residency program last fall, partnering with Intermix, whose stylists hosted conversations and styling sessions. “We received such great feedback from guests, we began to consider other kinds of pop-ups, weekend pop-ups and curating designers you can’t find elsewhere in Miami.” Invited by his client Dayssi Olarte de Kanavos, an owner of the Ritz-Carlton South Beach and Bal Harbour hotels, Valley will continue to pop up at other group properties. 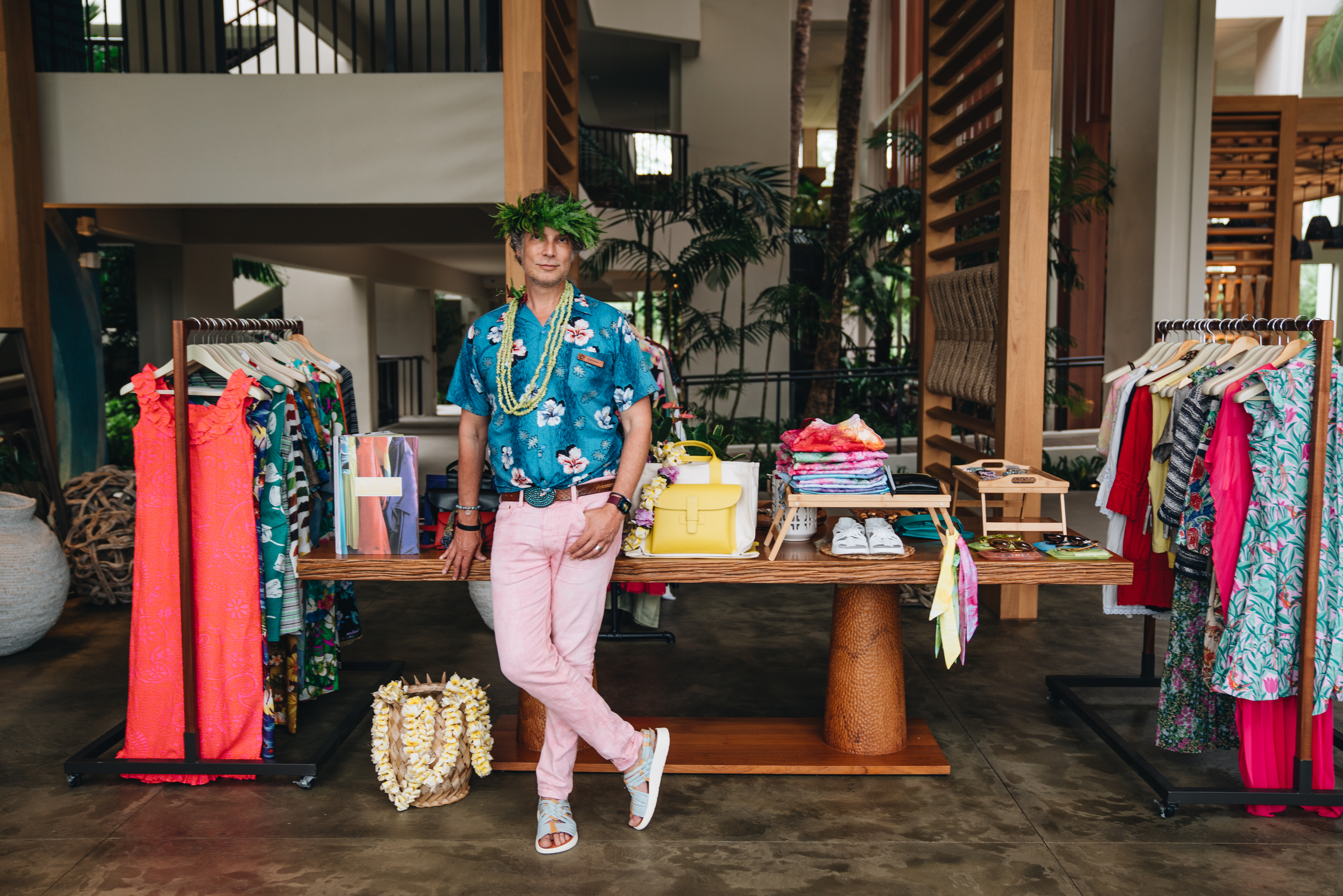 “You have to go where the people are,” said Decades L.A. retailer and fashion consultant Cameron Silver, who spent the month of May in Waimea, Hawaii, at the Mauna Lani Auberge Resorts Collection hotel hosting a pop-up with vintage Chanel and Hermès, 1960s- to 1990s-era Aloha shirts, swimwear from L.A.-based brand Jungle Gurl and caftans by Monica Mahoney. The concept has been so successful (“We will probably do more business than at the Decades brick-and-mortar store,” he said) that he’s taking it on the road to resorts in the Hamptons, Palm Beach and beyond.

Silver has been broadcasting over Instagram Live from a different locale at the Mauna Lani resort daily to his 66,000 followers, and his posts are often shared on the hotel’s Instagram. “He brings fun, fresh content to our audience daily,” said Sanjiv Hulugalle, vice president and general manager of the Mauna Lani, which also hosted a Clare V pop-up with L.A. designer Clare Vivier this spring. “It furthers a sense of community that’s brought in new audiences and a new level of engagement for us,” he explained. “It’s not just retail, it’s storytelling.”